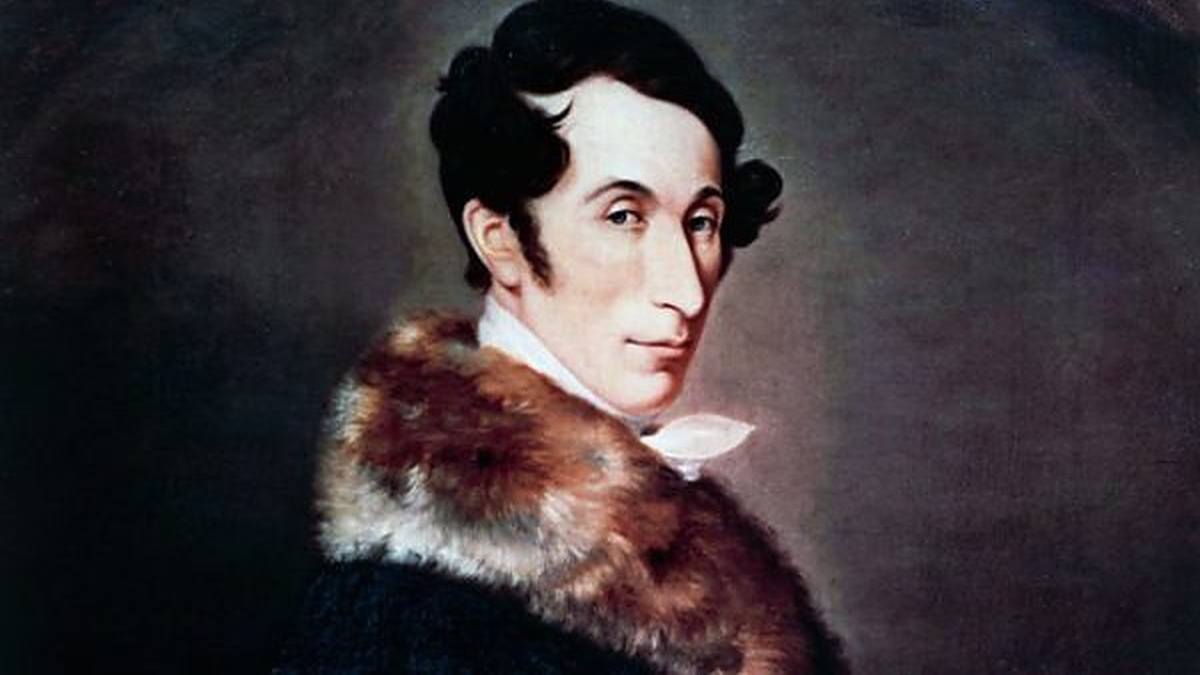 Oberon, the final opera of Carl Maria von Weber (1786-1826), was premiered at London’s Covent Garden on this date in 1826. The three act opera, set in English with spoken dialogue, was described as “one of the most remarkable combinations of fantasy and technical skill in modern music.”

Based on a thirteenth century French epic poem by Huon of Bordeaux, it tells the story of Oberon, the Elf King, who has argued with his wife, Titania, regarding who is less faithful in marriage, men or women. Oberon has “vowed not to be reconciled with her until a pair of human lovers are found who have been faithful to each other through all perils and temptations.” With the inclusion of the trickster Puck and the magic of mischievous fairies, there are obvious parallels with Shakespeare’s A Midsummer Night’s Dream.

Born five years before the death of Mozart, Carl Maria von Weber was a contemporary of Beethoven and Schubert. In his music, we hear the full Romantic orchestra spring to life. As music director in the opera houses of Prague and Dresden, Weber was influential in expanding the size of the orchestra. Perhaps as a result, he was one of the first conductors to use a baton. His approach to orchestration influenced Berlioz and others who followed. (Berlioz cited examples from the Oberon Overture in his famous 1844 Treatise on Orchestration). In Weber’s orchestral music, the distinct personas of the instruments take on new significance. Debussy observed that the sound of Weber’s orchestra was “obtained through the scrutiny of the soul of each instrument.”

The Overture begins with a plaintive, mystical horn call, a reference to the “magic horn” which plays a central role in the opera’s story. Recurring trumpet and horn calls seem to anticipate similar statements from Wagner’s Ring Cycle. Ebullient “fairy laughter” in the woodwinds may remind you of passages from Richard Strauss’ 1895 tone poem, Till Eulenspiegel’s Merry Pranks or Mendelssohn’s 1842 incidental music for A Midsummer Night’s Dream. The Overture concludes with a virtuosic flourish. With the added power of three trombones, the final chord bathes in the grandeur of the expanded, nineteenth century orchestra.

Drawing on music from the opera, the Overture to Oberon unleashes an exuberant conversation between instrumental voices:

In addition to the Overture, Reiza’s Act 2 aria, Ocean, thou mighty monster, is one of Oberon‘s most enduring excerpts. This aria and the opera’s Overture were performed on the first concert of the New York Philharmonic’s inaugural season in December, 1842. Nineteenth century orchestra programs were more eclectic than contemporary programs. They featured an array of opera excerpts and chamber music along with symphonies and overtures. The program notes for this first New York Philharmonic concert set the stage for Ocean, thou mighty monster with the following description:

Reiza, the Heroine of the opera, has been wrecked with her husband, Sir Huon; he leaves her to seek assistance, and she describes the storm in an address to Ocean.

The waves gradually rising until in utmost fury, the sun breaking thro’ the clouds, as well as the other incidents of a storm at sea are described by the Orchestra with that dramatic vividness, for which Weber is so celebrated

Here is Joan Sutherland’s 1963 recording with Richard Bonynge and the London Symphony Orchestra:

Here is a 1964 concert performance of the same aria, featuring Birgit Nilsson with the Swedish Radio Symphony: