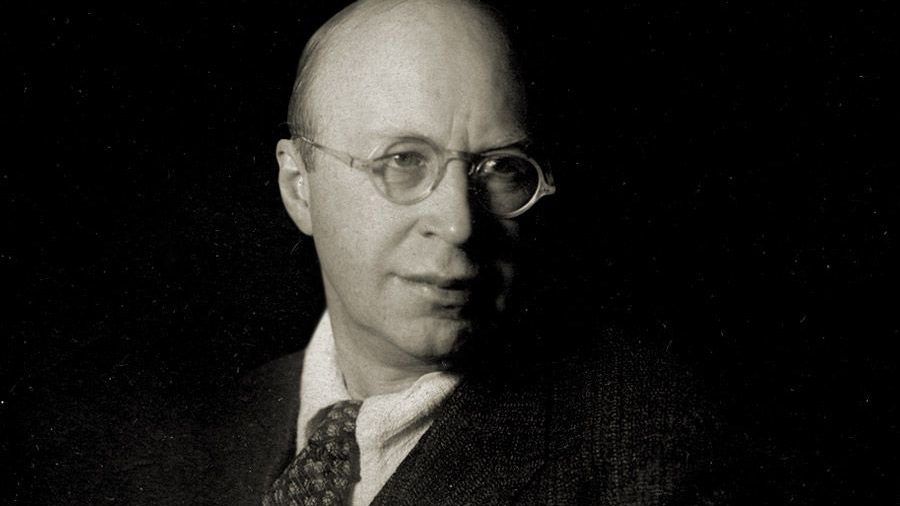 The January 13, 1945 premiere of Sergei Prokofiev’s Symphony No. 5 in B-flat Major marked a momentous occasion. Fourteen years had elapsed since the completion of the composer’s Fourth Symphony. An expectant audience filled the Moscow Conservatory’s Great Hall. As Prokofiev raised his baton before the USSR State Symphony Orchestra in anticipation of the first movement’s opening bars, a barrage of celebratory artillery fire rang out through the city. The gunfire was a signal that the advancing Red Army had crossed the Vistula River into Germany. The pianist, Sviatoslav Richter, later recounted the experience:

The Great Hall was illuminated, no doubt, the same way it always was, but when Prokofiev stood up, the light seemed to pour straight down on him from somewhere up above. He stood like a monument on a pedestal. And then, when Prokofiev had taken his place on the podium and silence reigned in the hall, artillery salvos suddenly thundered forth. His baton was raised. He waited, and began only after the cannons had stopped. There was something very significant in this, something symbolic. It was as if all of us—including Prokofiev—had reached some kind of shared turning point.

Shortly after the premiere, Prokofiev described the new Symphony in heroic and monumental terms:

I regard the Fifth Symphony as the culmination of a long period of my creative life…I conceived of it as glorifying the grandeur of the human spirit…praising the free and happy Man—his strength, his generosity, and the purity of his soul…I cannot say that I deliberately chose this theme. It was born in me and clamoured for expression. The music matured within me. It filled my soul.”

Surely, this description would have pleased Stalin’s cultural censors. It’s hard to tell the extent to which Prokofiev’s words were politically calculated. Indeed, there are moments in the Fifth Symphony which seem titanic in their expansive power. At the same time, there are ominous undercurrents. This is music rooted firmly in the twentieth century, with all of its ironies, contradictions, and complexity.

The first movement unfolds in Sonata form, the most traditional and enduring of symphonic blueprints. From the opening bars, we get the sense that we have joined a long, arduous procession. The time signature is 3/4, yet this downbeat-defying music is the furthest we can get from a waltz. Fanfare rhythms echo in the brass. Tension rises amid continuously shifting harmonic currents. The second theme, initiated by the flute, provides relief with a move to unambiguous 4/4 time. Accompanied by shimmering, ascending lines in the strings, this seemingly never ending melody is filled with delightfully unpredictable twists and turns. With the coda section, the movement’s gradual procession reaches a mighty climax. This is music which is simultaneously majestic and terrifying. It begins in the ferocious depths of the orchestra and rises up like a titanic Power, with rumbling timpani, low tremolo in the piano, and earth-shattering crashes in the tam-tam and cymbals. The pure massiveness of these final bars is breathtaking.

The second movement is a biting scherzo filled with sarcastic humor. Its incessantly driving forward motion, occasionally propelled by the snare drum, takes on the quality of a demonic, unrelenting machine. The exuberant  opening theme veers towards the popular music of Tin Pan Alley. It is passed from one clownish instrumental “character”  to another, sometimes emerging in a slowed down, augmented form. Filled with pranks and buffoonery, this scherzo takes us on a wild, outrageous, and menacing ride.

At moments, the Adagio feels like an imaginary pas de deux from Prokofiev’s 1935 ballet score, Romeo and Juliet. We get a sense of the aching lament and soaring passion of the Romeo and Juliet score, as well as the stark tonal contrasts between darkness and shimmering light. This music actually originated from an abandoned film score project based on Alexander Pushkin’s Queen of Spades. As with the second movement, there is an unsettling mechanical quality which underlies this music. Here, it takes the form of an unrelenting waltz. Briefly, this waltz spins out of control and erupts in dissonances which shriek with horror. In the final, mysterious bars, the mechanical waltz grinds to a halt. The curtain falls on this dreamlike, imaginary ballet scene.

The opening of the final movement brings a nostalgic remembrance of the theme which opened the Symphony. Then, we plunge headlong into a new adventure with a quirky, spirited melody in the clarinet. Raspy, stinging open E’s in the violins are answered by brash interjections from other instrumental voices. As with the second movement, biting sarcasm meets frolicking fun. At moments, this music marches forward with the unabashed vigor of a yet-to-be written John Williams adventure film score. In the final moments of this exhilarating rondo, the orchestra becomes a wild, out of control machine. Sparks fly from the snare drum and woodblock. A menacing tone sounds in the trumpet while the final bars are swept onto a hellish, unstoppable rhythmic conveyor belt.

4 thoughts on “Prokofiev’s Fifth Symphony: “Glorifying the Grandeur of the Human Spirit””