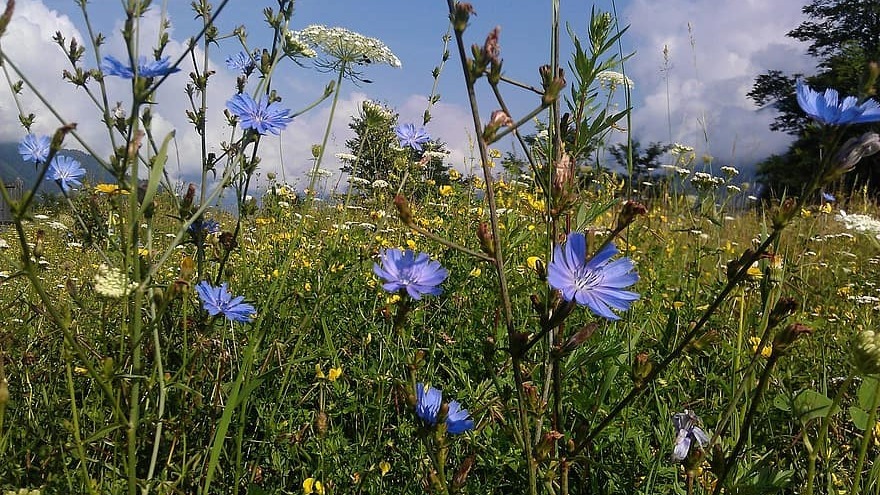 Blumine (“Flower”) was the original Andante second movement of Gustav Mahler’s First Symphony. It was eliminated following the the third performance, conducted by Mahler in Weimar in 1894. With this revision, a sprawling and programmatic five-movement tone poem was refined into a symphony. Years later, Mahler dismissed Blumine as “a blunder of youth.” The manuscript resurfaced in 1959 and it was included in a June 18th, 1967 performance conducted by Benjamin Britten. Although some conductors have reinserted this music, most performances of the First Symphony omit Blumine.

Blumine is a sunny trumpet serenade, “innocent and uncomplicated.” It is a youthful love song filled with the bucolic fragrances of nature. The opening bars shimmer with tremolo which may remind you of the opening of the second movement of Berlioz’ Symphonie fantastique. Perhaps coincidentally, the first six notes of the theme mirror the prominent melody from the finale of Brahms’ First Symphony. Yet the atmosphere of this naive and sentimental music is far removed from Brahms’ exalted chorale. There is a fleeting allusion to the “Bruckner crescendo” (4:17) which evaporates into the recapitulation. The serene, repeating trumpet melody anticipates the extended post horn solo of the third movement of Mahler’s Third Symphony. Open fifths in the horns blend with the pastoral sounds of the oboe.

Blumine was originally conceived as incidental music for a performance of Joseph Victor von Scheffel’s play, Der Trompeter von Säkkingen. It was composed in “two days” in June of 1884. In this youthful serenade, we hear the seeds of Mahler works to come.

Here is Eugene Ormandy’s 1969 recording with the Philadelphia Orchestra: