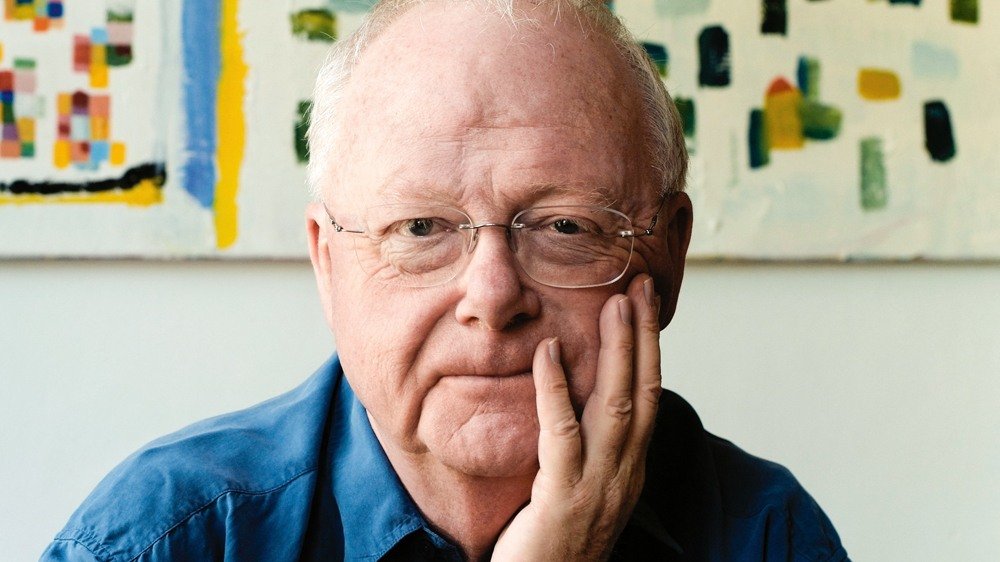 Louis Andriessen, the most influential Dutch composer of his generation, passed away on July 1 at a care home in Weesp, Netherlands. He was 82.

An early proponent of serialism, Andriessen evolved into a rebellious and irreverent iconoclast of the avant-garde. His distinctive style emerged in the 1970s with music which blended the American minimalism of Steve Reich, Philip Glass, and Terry Riley with elements of jazz, rock, Indonesian Gamelan, and neoclassicism. Additionally, the influences of J.S. Bach and Stravinsky were strong.

Andriessen’s compositions moved away from the orchestra, employing unconventional combinations of instruments which often produced bright, strident sounds. “A typical Andriessen ensemble will have banks of saxophones and brass, electric guitars, drum kit and synthesizers all shouting in jagged unison,” wrote one critic in 2002. A 1975 piece called Workers Union was scored for “any loud-sounding group of instruments.”

De Staat, composed around the same time, was inspired by Plato’s The Republic. In this breakthrough work, the repeating patterns and pulse of Steve Reich’s music becomes edgier and more strident:

“What then is time?” asked St. Augustine. “If no one asks me, I know; if I want to explain it to a questioner, I do not know.”

This eternal question inspired Louis Andriessen’s 1981 De Tijd (“Time”) for female chorus, percussion ensemble, and orchestra. The piece floats into a serene, meditative space which plays tricks with our perception of time. On one level, we experience a series of musical “events” unfolding in time. On a larger level, time flows through the music, evoking a sublime sense of stasis. Andriessen offered this description:

What stimulated my writing the piece was a unique experience which gave me the feeling time had ceased to exist; the sensation of an eternal moment. It was more than perfect inner peace. A euphoria which was so potent that I later decided to write a piece about it.

De Tijd draws on this text from St. Augustine’s Confessions:

If only their minds could be seized and held steady, they would be still for a while and, for that short moment, they would glimpse the splendour of eternity which is for ever still. They would contrast it with time, which is never still, and see that it is not comparable. They would see that time derives its length only from a great number of movements constantly following one another into the past, because they cannot all continue at once. But in eternity nothing moves into the past: all is present. Time, on the other hand, is never all present at once. The past is always driven on by the future, the future always follows on the heels of the past, and both the past and the future have their beginning and their end in the eternal present. If only men’s minds could be seized and held still! They would see how eternity, in which there is neither past nor future, determines both past and future time. Could mine be the hand strong enough to seize the minds of men? Could any words of mine have power to achieve so great a task?

2 thoughts on “Louis Andriessen’s “De Tijd”: At the Intersection of Time and Eternity”