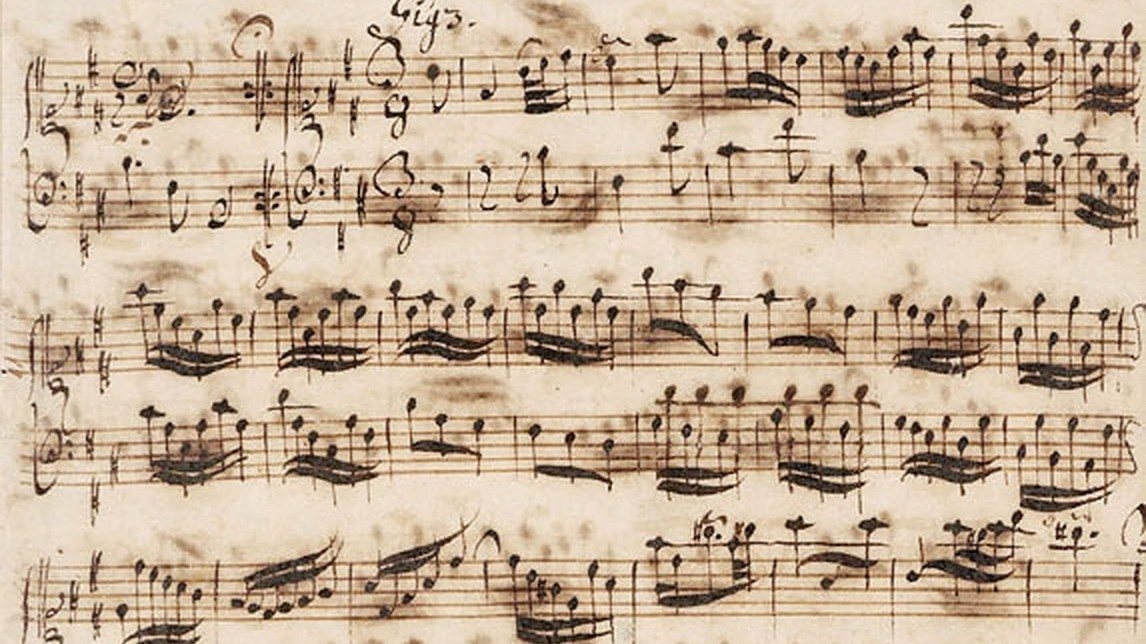 In a previous post, we considered the mysterious and melancholy qualities of the key of B minor, especially in the music of J.S. Bach. Perhaps the most monumental example is the B Minor Mass, which Bach completed a year before his death.

Something similar can be heard in Bach’s French Suite No. 3 for solo keyboard. The harpsichordist Pierre Hantaï suggests that Bach’s choice of B minor

points to solemn music. Music of importance. What he has in mind…is a Way of the Cross, symbolically speaking…It’s a rather strict key. It’s quite angular. All those sharps that figure in the score form a symbolic crown of thorns.

This music was probably written around 1722 during a period when the young Bach was happily employed as Capellmeister for the court of Prince Leopold of Anhalt-Cöthen. Composed partly as a keyboard exercise, it was included in the famous notebook Bach compiled for his second wife, Anna Magdalena. Bach was influenced by the elegant style of French keyboard composers such as François Couperin. However, the six  French Suites were titled years later by the biographer, Johann Nikolaus Forkel, not by the composer. For many listeners, there is little that is distinctly “French” about these Suites.

Suite No. 3 unfolds in a sequence of six Baroque dance movements. The opening Allemande initiates an imitative dialogue between the keyboard’s higher and lower register. It’s a conversation punctuated with occasional wrenching dissonances and harmonic surprises. Next comes the lively triple meter Courante and the slower Sarabande, a stately Spanish dance. The jubilant Anglaise which follows feels like a boisterous variation. The Suite concludes with the mechanistic clockwork of the Menuet-Trio and a brilliant Gigue.

Here is a performance by Pierre Hantaï: