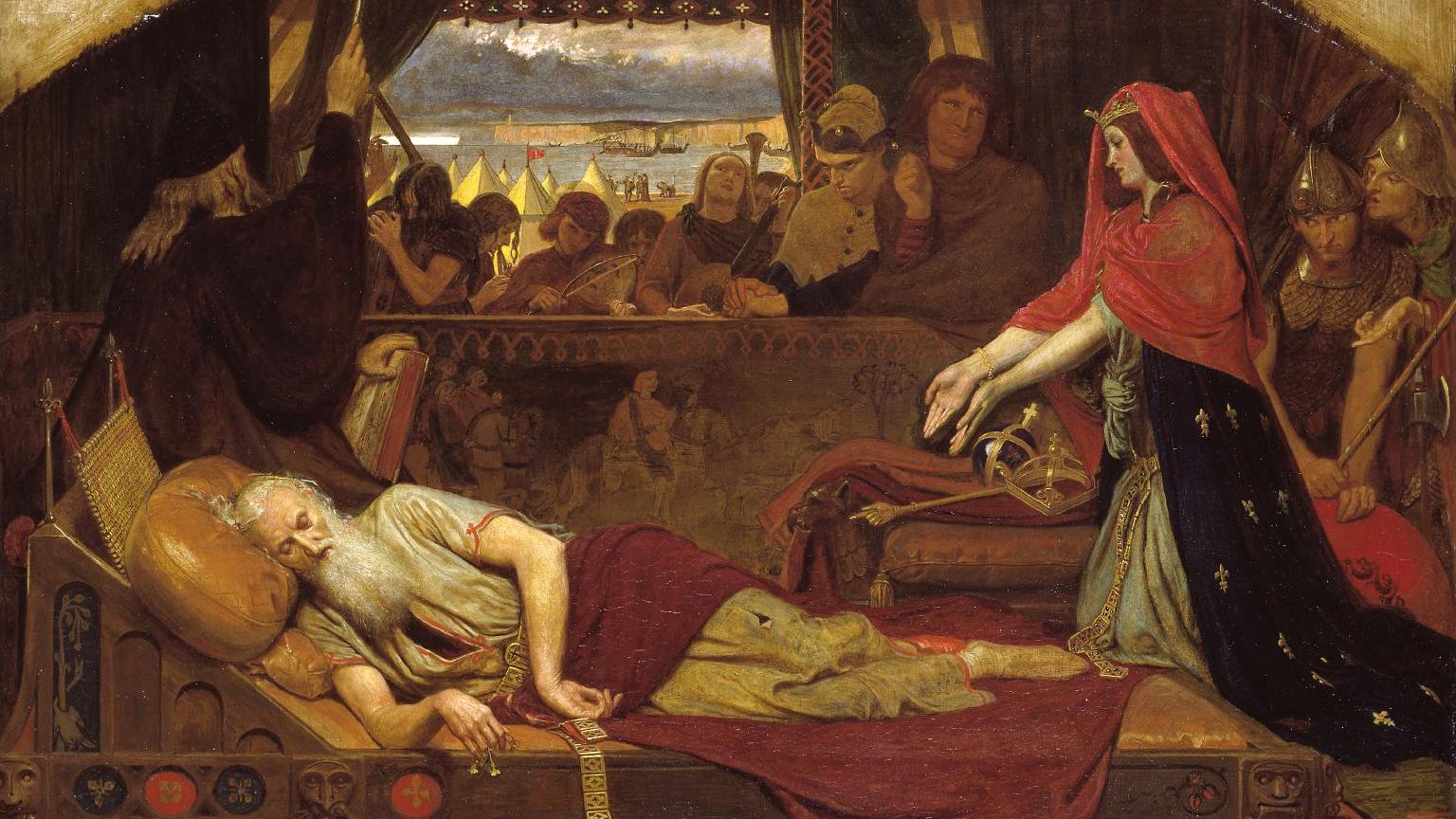 When we are born, we cry that we are come to this great stage of fools.

King Lear, Shakespeare’s 1606 tragedy in five acts, takes us to the intersection of truth and delusion.

The aging King Lear decides to divide his realm amongst his three daughters. He determines that the shares will be allocated in proportion to the eloquence of each daughter’s declaration of love. The insincere and treacherous Goneril and Regan are rewarded after they shower their father with flattery. When Cordelia, the King’s youngest daughter, refuses to follow the example of her sisters and quantify her love, Lear becomes filled with rage and disinherits her.

Throughout the play, blindness is a recurring theme. Lear’s rigid adherence to blind dogma leads to catastrophe. Wandering in a great tempest, the blind King descends into insanity. The well-meaning Albany is equally blind to truth, while Gloucester’s eyes are plucked out of his head, literally. As the carnage unfolds, the eternally faithful court Fool speaks wisdom, while the King increasingly becomes a babbling, incoherent fool.

Shakespeare’s dark tragedy was the inspiration for Hector Berlioz’s King Lear Overture, composed in the spring of 1831. Encompassing the atmosphere of the play and filled with leitmotifs, the piece unfolds as a compact tone poem.

It begins with an operatic recitative in the low strings which is reminiscent of the final movement of Beethoven’s Ninth Symphony. On one level, we hear the bold, authoritative proclamation of a king. Yet there is also something unsettling about this statement. It wanders with a demented restlessness. The plaintive voice of the oboe introduces a second theme filled with aching lament. This new theme emerges over hushed pizzicato and is met by wispy, angelic strands in the violins. When the opening motif returns, it is accompanied by a strange five-beat rhythm in the timpani—an allusion to the ancient drumbeat which announced the arrival of French monarchs.

As the Overture unfolds, the darkness of Lear comes into conflict with the shimmering light of Cordelia. As with Symphonie fantastique, which Berlioz completed a year earlier, it’s a battle between redemption and destruction. At one terrifying moment (10:07), the tonal center seems to disintegrate completely and the instrumental voices seem unsure how to proceed. Wrenching dissonances (8:01) and a turbulent, demonic “desecration” of Cordelia’s previously youthful theme in the final moments evoke King Lear’s ultimate mental and emotional breakdown.

The weight of this sad time we must obey,
Speak what we feel, not what we ought to say.
The oldest hath borne most: we that are young
Shall never see so much, nor live so long.