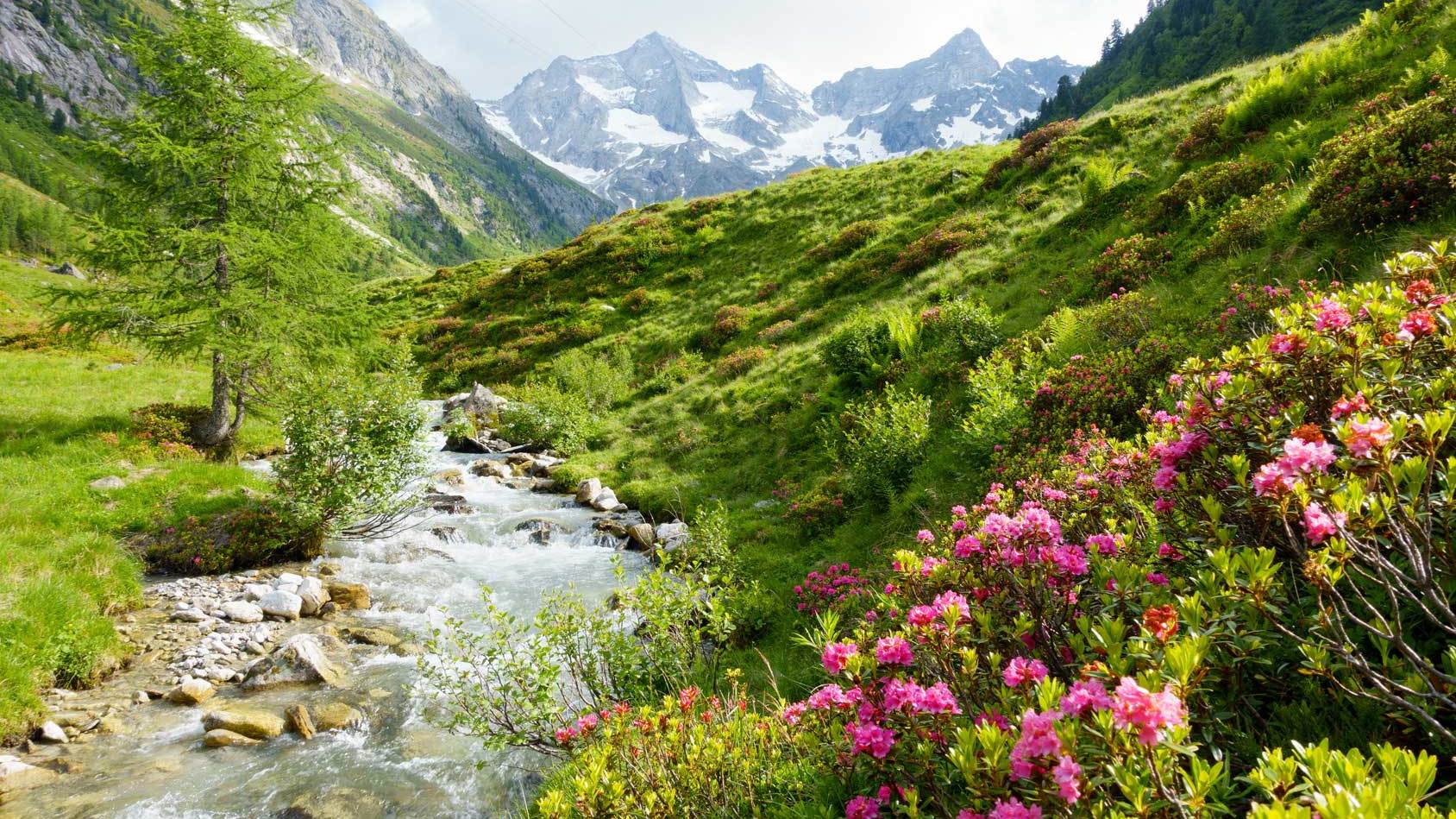 The Austrian composer Anton Webern (1883-1945) is remembered as one of the principal exponents of the Second Viennese School. This group, which included Arnold Schoenberg and Alban Berg, pioneered the atonal and serial techniques which dominated much of twentieth century music. Webern explored this striking new kind of music with sparse, compact pieces such as Five Movements for String Quartet, Op. 5 and the quirky, twelve-tone Concerto for Nine Instruments, Op. 24.

Im Sommerwind (“In the Summer Wind”) preceded all of these works. The vibrant, pastoral tone poem, subtitled “Idyll for Large Orchestra,” inhabits the late Romantic tonal world of Mahler, Strauss, and Wagner. Composed during the summer of 1904 near southern Austria’s idyllic Wörthersee, it is music of the young 20-year-old Webern. (Gustav Mahler put the finishing touches on his Sixth Symphony on the shores of the Wörthersee during the same summer).

Webern met Arnold Schoenberg a few weeks after completing Im Sommerwind. Schoenberg urged the younger composer to explore new musical horizons. Im Sommerwind remained unpublished and unperformed. The score was not rediscovered until 1961, just over fifteen years after Webern’s death. Eugene Ormandy and the Philadelphia Orchestra gave the premiere a year later at a concert marking the Seattle World’s Fair and the first International Webern Festival.

Im Sommerwind is an ode to nature. It was inspired by a poem of the same title by Bruno Wille (1860-1928), which extols the rejuvenating properties of green, flower-speckled Alpine meadows and refreshing summer breezes. The piece begins with a radiant D major chord. Soon, a chorus of birdsongs erupt in the woodwinds and solo violin. The scoring calls for six horns and two harps, but omits the trombones and tuba, suggesting the same wide-open pastoral soundscape we hear in Mahler’s Fourth Symphony.

In an interview, the conductor Yannick Nézet-Séguin said,

The interesting thing was—he was very proud of this piece, and always showed it to students to say, listen, if you want to go further without the normal sense of tonality and harmony, you have to master tonality. And this was an example of him mastering it before turning 180 degrees different.

Featured Image: A mountain stream near Wörthersee in Austria