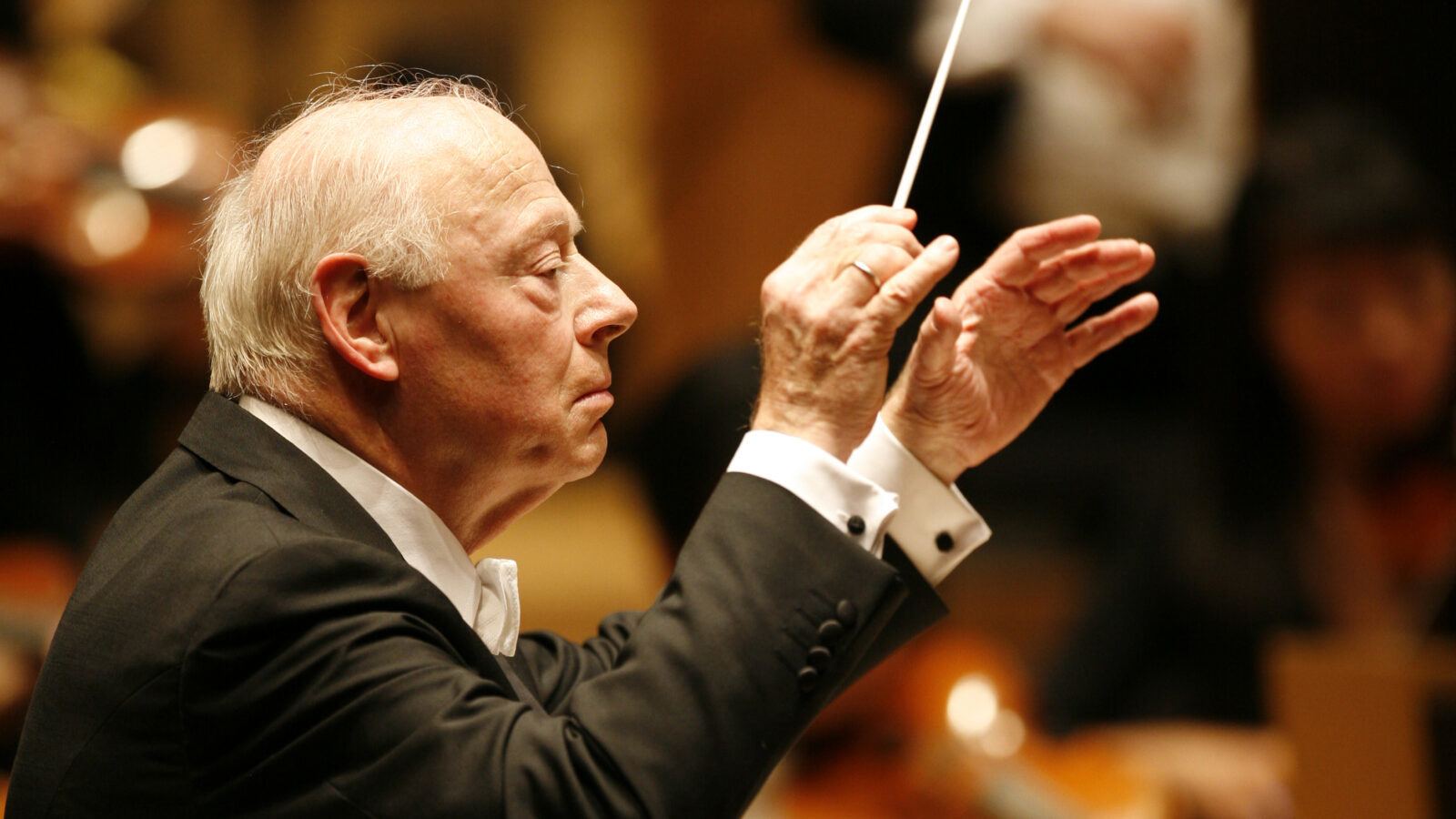 Bernard Haitink, the renowned Dutch conductor and violinist, has passed away. He was 92.

When the Chicago Symphony offered him the position of music director, he declined, citing his age, saying, “every conductor, including myself, has a sell-by date.” Instead, he described his role as that of a “caretaker.”

In July of 1954, Bernard Haitink made his conducting debut with the Netherlands Radio Union Orchestra, the ensemble that later became the Netherlands Radio Philharmonic. Fittingly, it was with this ensemble that Haitink bid farewell to his native city of Amsterdam in June of 2019. His final concert came a few months later when he led the Vienna Philharmonic at the Lucerne Festival.

Below is Haitink’s farewell concert with the Netherlands Radio Philharmonic. It begins with five songs by Richard Strauss, performed by Camilla Tilling.

Bruckner’s mighty Seventh Symphony occupied the second half of the program (beginning at 26:05). It is music which unfolds gradually and inevitably, giving us a sense of solemn wonder at every moment. As the commentator Robert Simpson has pointed out, the first movement’s opening is only “delicately poised on E major” and this home key’s “reinstatement” emerges slowly over the course of the movement—a structure which gives us a sense of the unique symphonic experience this music offers. Richard Atkinson provides an excellent analysis of the haunting pedal point in the final moments of the first movement.

Mozart’s Symphony No. 35, “Haffner” with the Royal Concertgebouw Orchestra: