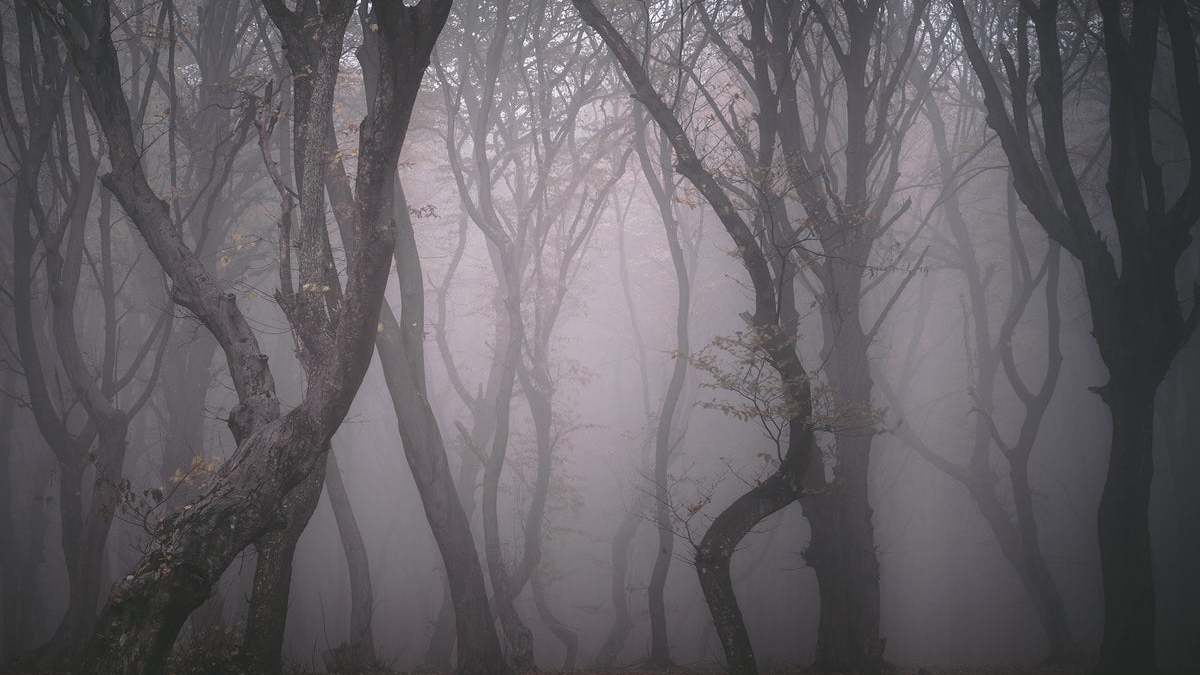 The single-movement work begins with distant, mournful descending chromatic lines which outline Scriabin’s iconic “mystic chord,” a hexachord built on fourths which the composer described as “smoky.” In its purest form, the “mystic chord” dissolves harmonic function, leaving us with blinding sound. The marking, Legendaire, over the first bar suggests that we are being lulled into an unsettling dream that is about to become a nightmare. Out of the shrieking dissonance of the first spine-chilling climax comes a quietly menacing new voice (0:25) which Scriabin calls a mystérieusement murmuré. Some listeners hear similarities between this passage and the “Mephistopheles motif” from Liszt’s B minor Sonata.

Soon, ghoulish trills leap from the shadows. The mystérieusement murmuré haunts the music with the persistence of a returning ghost. The more seductive moments are equally unsettling, to be played (according to the composer) “with a sweetness of an increasingly caressing and poisonous nature.” The atmosphere becomes increasingly wild and grotesque, with each section building in tension and speed: Moderato quasi andante – Molto meno vivo – Allegro molto – Alla marcia – Allegro – Presto – Tempo primo. The biographer, Faubion Bowers, described the final moments as “a nightmare march of Gothic visions, ghosts and distorted horrors.” In the end, these swirling specters evaporate into the night.

Scriabin did not provide the subtitle, “Black Mass,” but he approved of it. (In contrast, the Seventh Sonata bears the subtitle, “White Mass”). The Russian composer was deeply influenced by mysticism, Theosophy, and the occult. The circle of fifths became a vibrant color wheel in which musical keys were experienced through synesthesia. Music held the power to bring about a transcendent level of consciousness. He planned to write a vast multimedia piece that would be performed in the Himalayan mountains and would add up to “a grandiose religious synthesis of all arts which would herald the birth of a new world.” This ultimate experience remained unfinished and elusive. The haunting drama and vivid tonal colors of the Piano Sonatas remain.