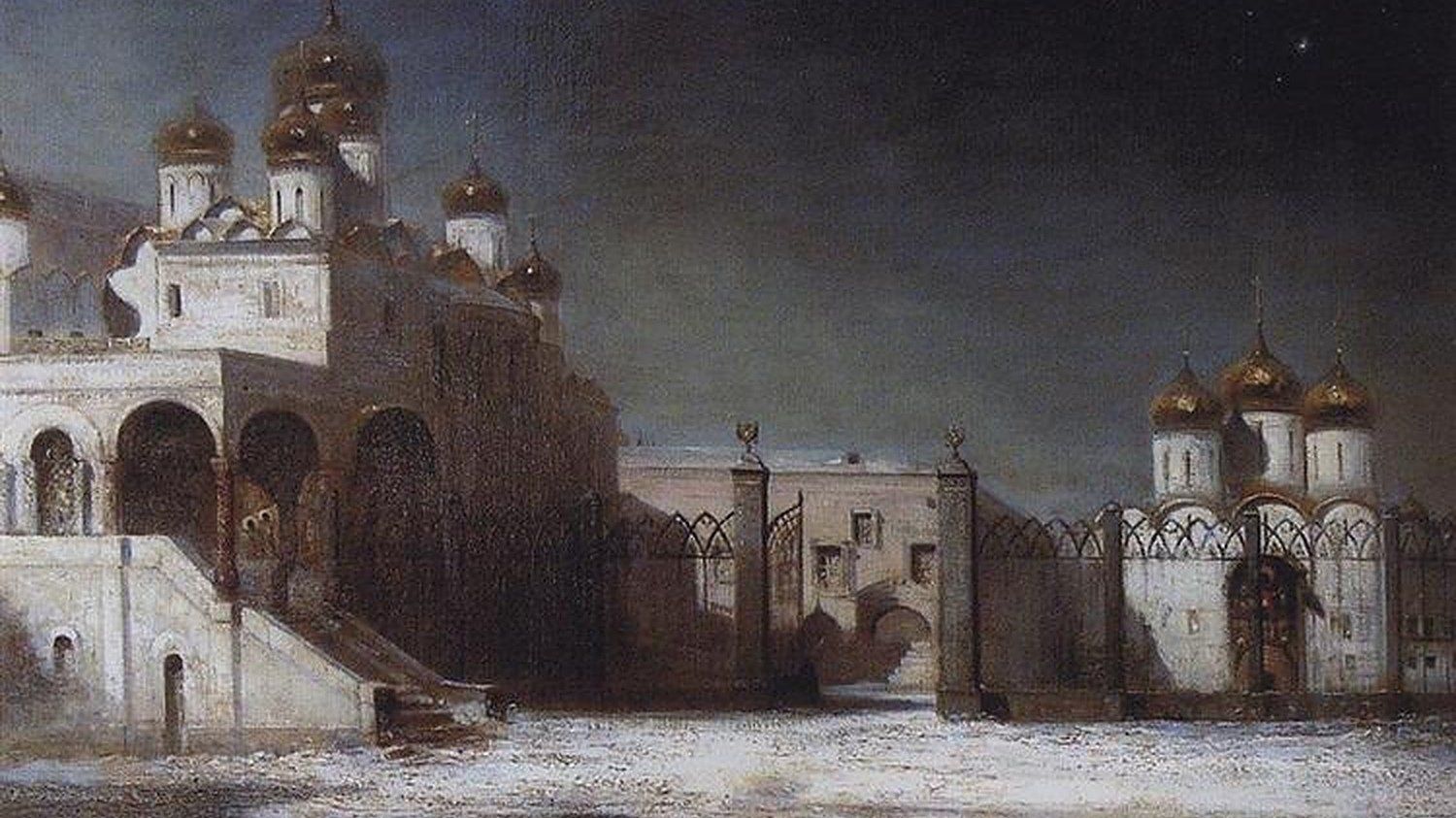 The text by Alexander Pushkin begins with the lines, “My voice is for you both tender and languid, it disturbs the late silence of night’s darkness.” Throughout the poem, the brightness of eyes illuminated by the light of a “sorrowful candle” is contrasted with the gloom of the night.

The psychologically erratic Mussorgsky (1839-1881) was a member of “The Mighty Five,” a group of Russian composers who turned away from the influences of the West to promote a distinct, national musical style. Of “The Five,” which included Nikolai Rimsky-Korsakov and Alexander Borodin, Mussorgsky was the most wildly intuitive. Compare the rough, terrifying ferocity of the original version of Mussorgsky’s Night on Bald Mountain with Rimsky-Korsakov’s “corrected” revision. Tchaikovsky considered Mussorgsky to be undisciplined. Yet he recognized the innovative nature of his contemporary, writing, “Mussorgsky, with all his ugliness, speaks a new idiom. Beautiful it may not be, but it is new.”

With Noch and other songs, Mussorgsky pointed in the direction of Impressionism. Especially in its final moments, the song floats into serene stasis. Claude Debussy was profoundly influenced by Mussorgsky’s music, describing it as

free from artifice or arid formulas…It is like the art of an inquisitive savage who discovers music at every step made by his emotions. Neither is there ever a question of any definite form; or rather, this form is so manifold that it cannot possibly be likened to the recognized or orthodox forms. It is achieved by little consecutive touches linked by a mysterious bond and by his gift of luminous intuition.

Mussorgsky’s songs are infused with Eastern modal harmonies and the influence of Russian folksong. Where art thou, little star? features a recurring ascending four-note line which shifts between the Aeolian (natural minor) scale and the Dorian mode. A lamenting melody accompanies the text by Nikolaĭ Grekov, in which death is illustrated by a menacing storm cloud eclipsing a star in the night sky. This was Mussorgsky’s first song, written in 1857 at a time when the composer studied with Balakirev.