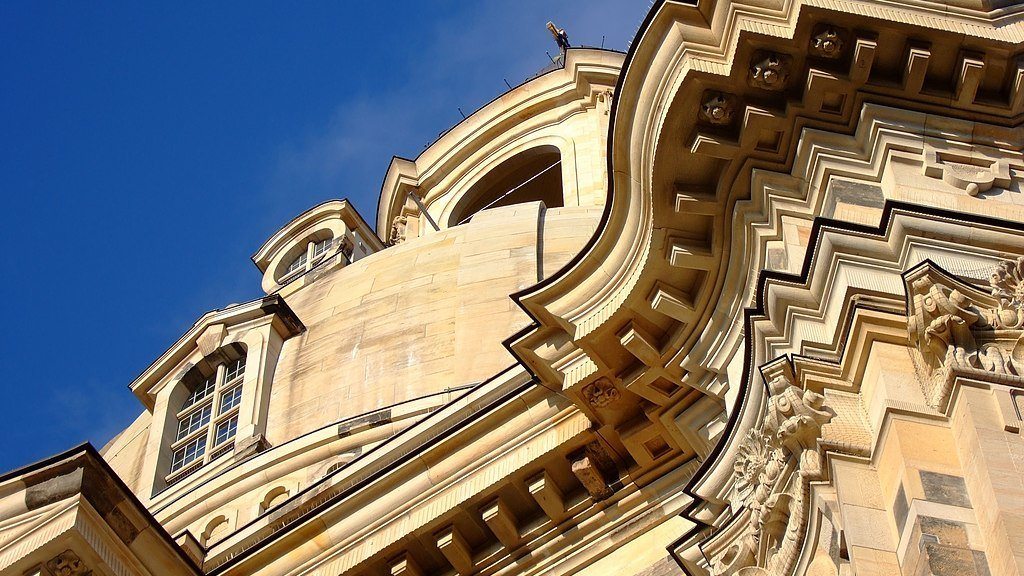 In 1739, J.S. Bach published the Clavier-Übung III, a monumental collection of liturgical organ works which is sometimes called the German Organ Mass. The compilation begins and ends with two mighty musical pillars which have been catalogued as the Prelude and Fugue in E-flat Major, BWV 552. The latter has been nicknamed the “St. Anne” Fugue because its subject is strikingly similar to William Croft’s English hymn of the same name.

The Clavier-Übung III is filled with references to Christian numerology, especially to the Trinity. The Prelude, set in a key with three flats, is made up of three themes. The first, containing the majestic dotted rhythms of a French overture, may represent the Father. The second theme, representing the Son, is quieter with a graceful galant statement, followed by an echo. This section has been compared to an Italian concerto. The final theme, representing the Holy Ghost, is filled with fugal counterpoint with rapidly moving eighth notes “descending, flickering like tongues of fire.” As the Prelude unfolds, the themes overlap, suggesting a cosmic sense of unity. The organist, Kei Koïto, explains additional layers of numerological symbolism in the Prelude, writing,

The prelude consists of 205 bars, from which can ensue, symbolically, the number 7 (2+0+5). From the outset, with this perfect figure, symbol of the totality of space and time (7 days of the week, 7 notes of the scale, 7 words of Christ on the cross, etc.), Bach opens this collection with a glorification of the Perfection of God.

The triple fugue…is a symbol of the Trinity. The same theme recurs in three connected fugues, but each time with another personality. The first fugue is calm and majestic, with an absolutely uniform movement throughout; in the second the theme seems to be disguised, and is only occasionally recognisable in its true shape, as if to suggest the divine assumption of an earthly form; in the third, it is transformed into rushing semiquavers as if the Pentacostal wind were coming roaring from heaven.

Emerging over the eternal foundation of the “St. Anne” subject, the dance-like third subject evokes a lightness of spirit. In the final, euphoric moments, these elements combine into a joyful, celestial celebration.

On December 1, 1736, Bach gave a two-hour-long organ recital at Dresden’s Frauenkirche which included parts of the Clavier-Übung III. The church’s organ by Gottfried Silbermann had been consecrated a week earlier. Here, the Dutch organist, Leo van Doeselaar, performs on a similar Silbermann organ (completed in 1714) at the Dom Sankt Marien in Freiberg, Germany:

Featured Image: Dresden’s reconstructed Frauenkirche, where Bach performed this music on an organ by Gottfried Silbermann on December 1, 1736 (photograph by J. Strauß)

1 thought on “Bach’s Prelude and Fugue in E-flat Major, BWV 552: An Expression of the Trinity”