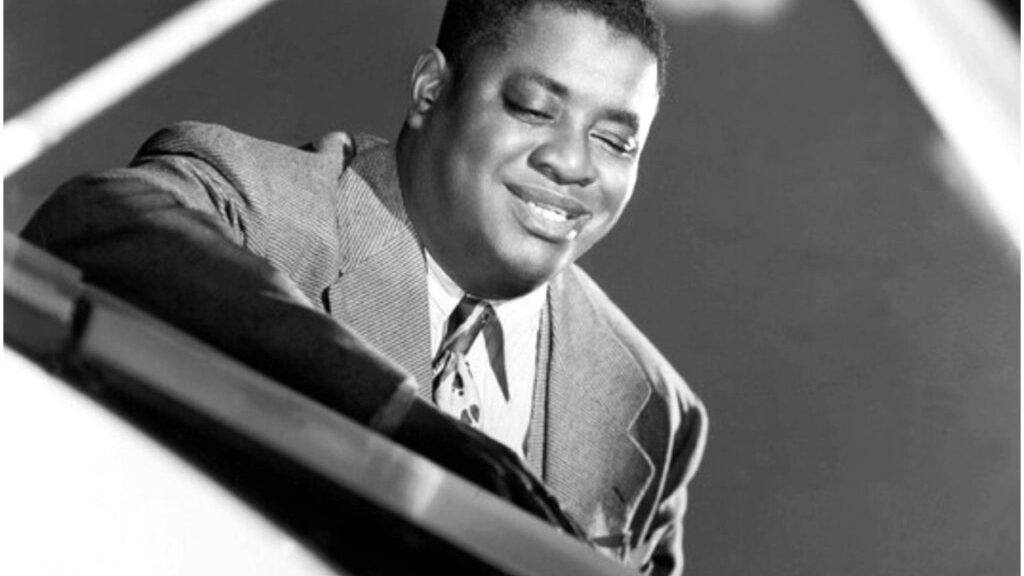 As the story goes, Vladimir Horowitz was once asked to name the greatest living pianist. “Art Tatum,” replied the Russian-American virtuoso without hesitation, adding, “If Art Tatum took up classical music seriously, I’d quit my job the next day.”

The sentiment was echoed by Arthur Rubinstein, Arturo Toscanini, Sergei Rachmaninov, and others who flocked to Harlem clubs throughout the 1940s to experience Tatum’s unique artistry. According to one account, Horowitz worked on an arrangement of the popular standard, Tea for Two, over the course of months. One day he was eager to play it for Art Tatum. When Tatum played his own version of the song, Horowitz was stunned. “Where can I get your arrangement?” he asked. Tatum responded, “Oh, I was just improvising.” Horowitz claimed that he never publicly performed Tea for Two again. The two musicians enjoyed a lifelong friendship.

Born in Toledo Ohio, Art Tatum (1909-1956) was nearly blind from early childhood. He was influenced by the Harlem stride style of the jazz innovator, Fats Waller. Tatum’s playing was characterized by harmonic sophistication (including occasional bitonality) and lightning-fast embroidery which included “an array of ascending and descending arpeggio runs, octave slides and leaps, sudden modulations, double-third glissandos—a keyboard vocabulary in which swift, interpolated triplets were a small matter.” (Martin Williams) Stylistically, Tatum exceeded the bounds of formal jazz. Contemporaries greeted his virtuosity with a combination of “delight and despair.” (Williams)

The sublime elegance and harmonic adventure of Art Tatum’s playing is on display in this 1954 recording of the jazz standard, Have You Met Miss Jones? The melody by Richard Rodgers was written for Rodgers and Hart’s 1937 musical comedy, I’d Rather Be Right.

Here is another version of Have You Met Miss Jones? in which Art Tatum is joined by saxophonist Ben Webster, bassist Red Callender, and drummer Bill Douglass:

I’d Rather Be Right, which ran for 290 performances at Broadway’s Alvin Theatre in 1937, was a Depression-era political satire which gently spoofed President Franklin D. Roosevelt (who was played by George M. Cohan). The book was by Moss Hart and George S. Kaufman and the show was produced by Sam Harris.

Richard Rodgers’ melody begins with a simple motivic hook, followed by an aspirational ascending scale. The song’s bridge delivers a series of sudden, delightfully turbulent harmonic surprises. Appropriately, this section corresponds with Hart’s lyrics, “And all at once I lost my breath, And all at once was scared to death…”

The vocalist, Lee Sullivan, made this recording with the Leo Reisman Orchestra on October 5, 1937: