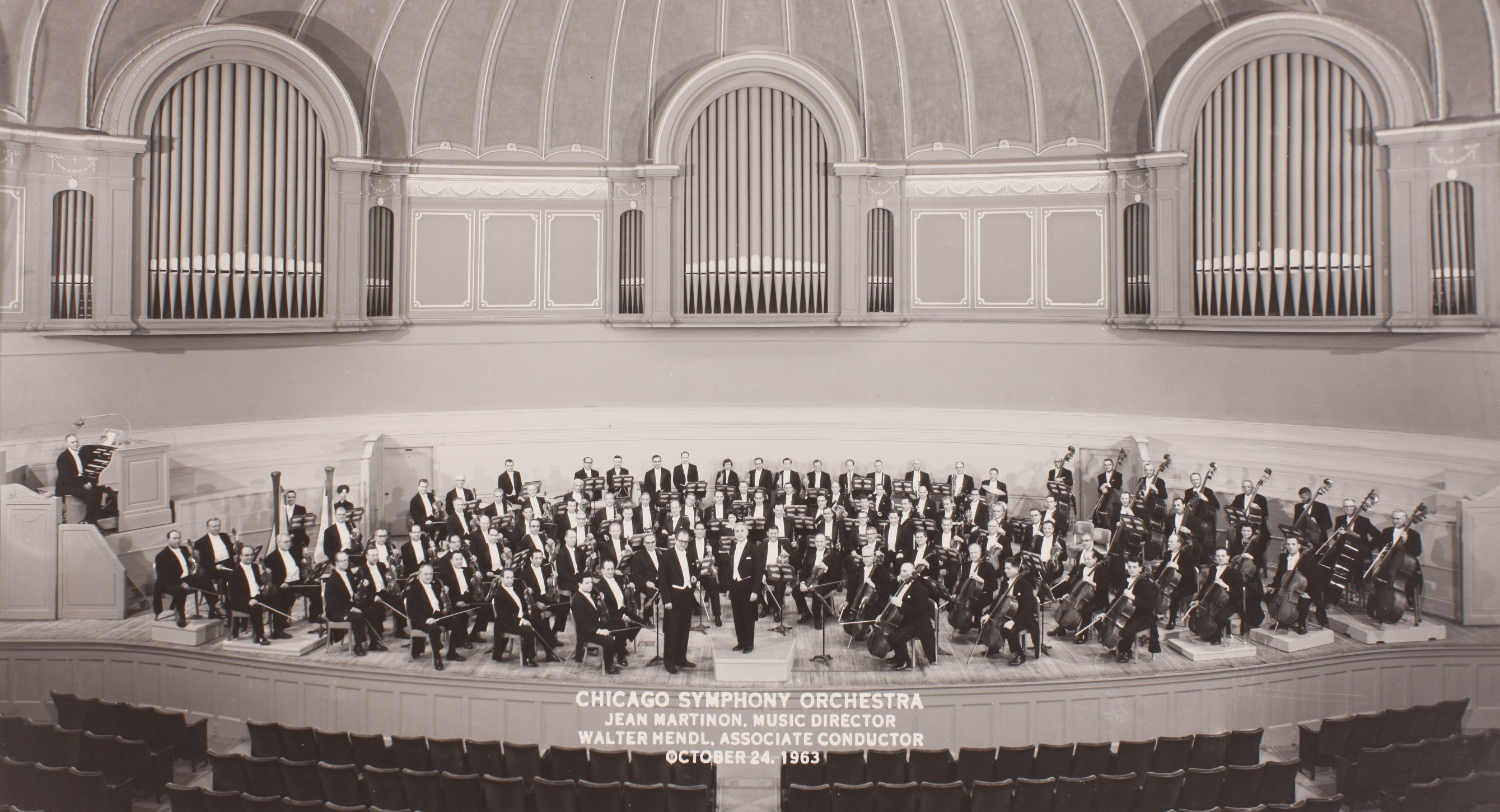 In 1963, the Chicago Symphony Orchestra was in transition.

The French conductor, Jean Martinon, was beginning his five-year tenure as music director following the death of the legendary Fritz Reiner. Over the preceding ten years, the fierce and autocratic Reiner had turned the CSO into what Igor Stravinsky called, “the most precise and flexible orchestra in the world.”

We hear the ensemble Reiner built in all of its glory in this April 7, 1963 telecast performance. The iconic sound of the Chicago brass section, which included such celebrated players as Adolph Herseth (principal trumpet), Edward Kleinhammer (bass trombone), and Arnold Jacobs (tuba) is on full display. Also of historical significance is the program’s conductor, Paul Hindemith, who ranks among the twentieth century’s most important composers. Hindemith, who was born in Germany and became an American citizen in 1946, would pass away eight months later.

The concert begins with Hindemith’s Konzertmusik for String Orchestra and Brass, Op. 50. Composed in 1930 in response to a commission by Serge Koussevitzky, the Konzertmusik is set in two movements. It unfolds as a conversation between two instrumental “choirs.” Twentieth century harmony meets pristine classical counterpoint. In this music, the chorale and the fugue are still essential building blocks.

We hear only the first movement of Bruckner’s Seventh Symphony. The concert concludes with a joyful performance of Brahms’ Academic Festival Overture, Op. 80.

Featured Image: The Chicago Symphony Orchestra on the stage o Orchestra Hall in 1963

2 thoughts on “1963 Telecast: Hindemith Leads the CSO in Music of Hindemith, Bruckner, Brahms”