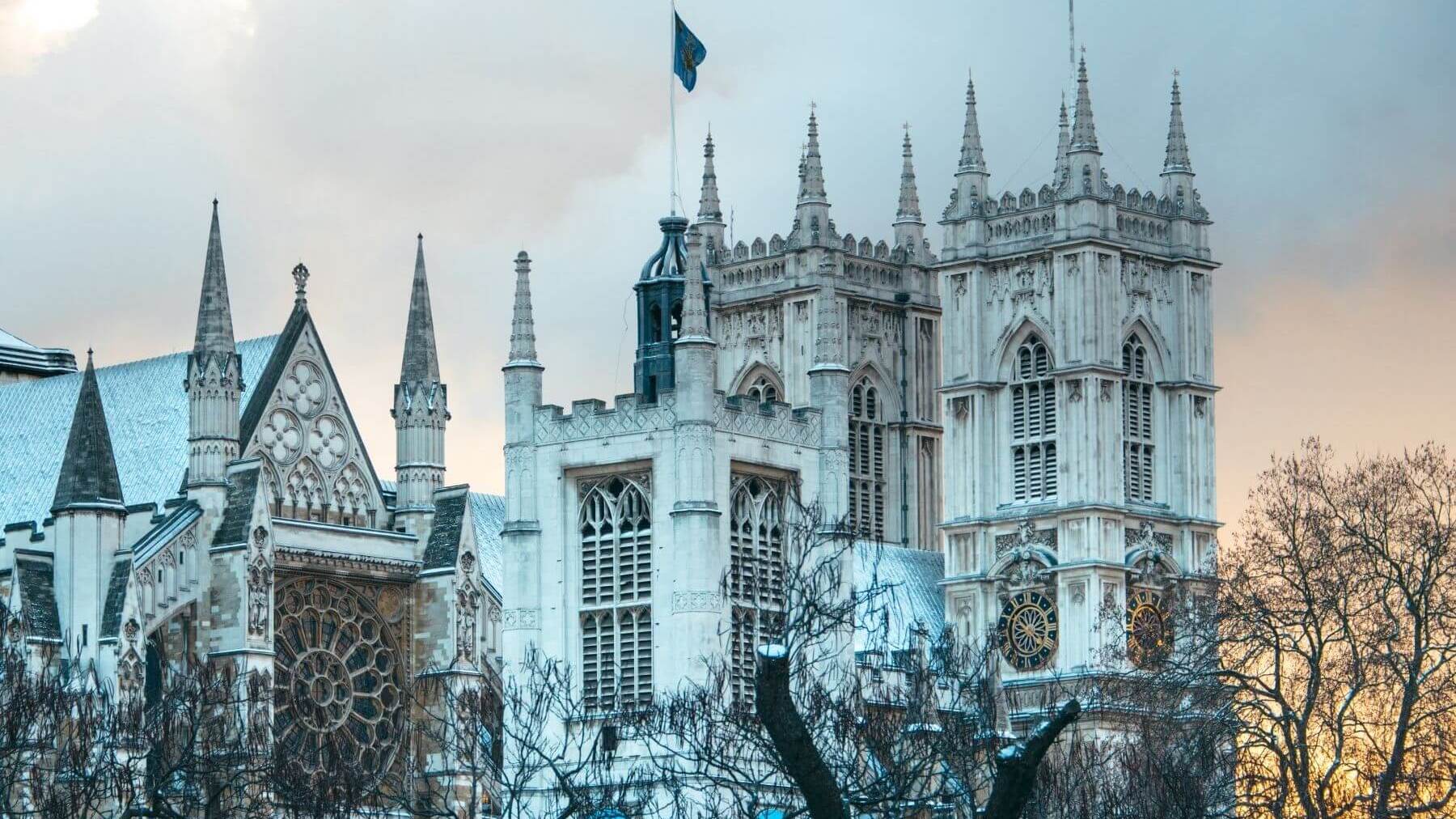 Westminster Abbey was a prominent fixture in the life of Henry Purcell.

Purcell was born in 1659 in a notorious slum known as The Devil’s Acre, which fell in the shadow of the soaring Gothic edifice. At the age of twenty, he succeeded the composer John Blow to become Organist and Master of the Choristers for Westminster Abbey. Purcell’s grave lies in the Abbey’s north aisle near the historic location of the organ. It’s a prominent location which befits one of the greatest and most influential English composers.

Purcell composed the eight part choral anthem, Hear my prayer, O Lord, around 1682 at the beginning of his tenure at Westminster Abbey. It is a setting of the poignant first verse of Psalm 102: “Hear my prayer, O Lord, and let my crying unto thee…” It begins with a desolate, weeping single vocal line which reaches up a minor third before falling back. As the other voices enter, majestic, aspirational lines reach upward to form a celestial embrace. The striking dissonance of the climax is simultaneously anguished and sensuous.

It is possible that this gradual, cosmic crescendo was intended to be part of a longer work which was never completed. Several blank pages follow in the autograph manuscript which is held at Fitzwilliam Museum in Cambridge. Yet I think you will agree that, ultimately, this brief work communicates all that needs to be said.