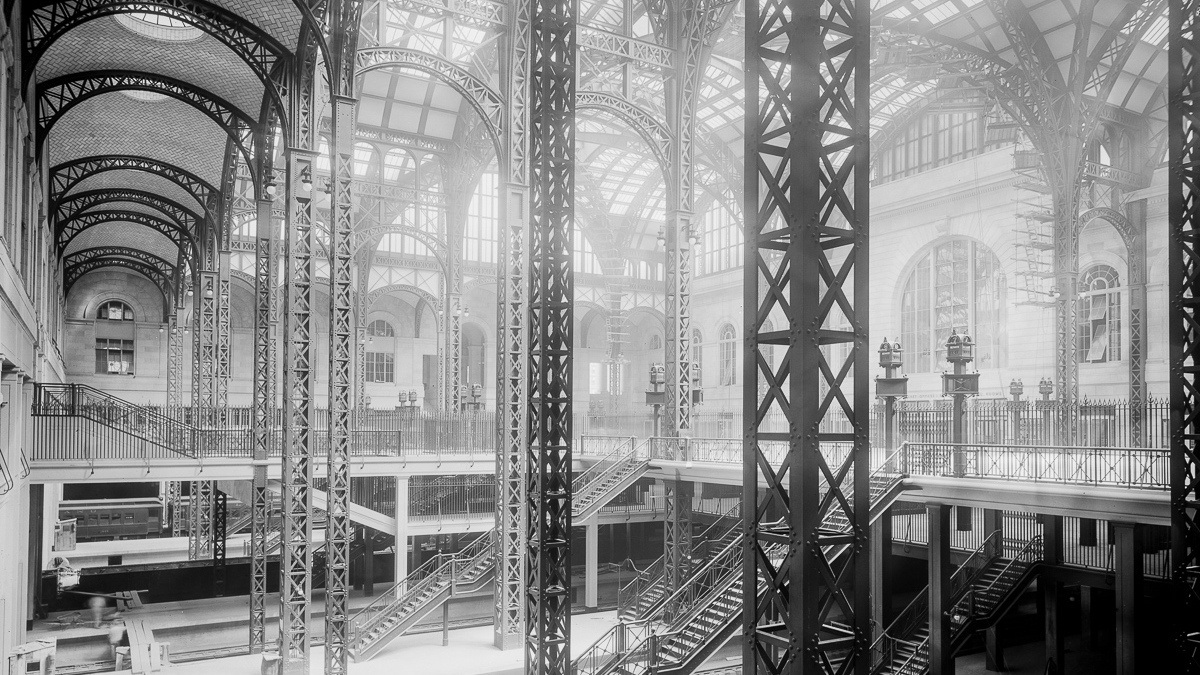 The ten years between 1935 and 1945 produced a handful of contenders for the title of “great American symphony.” The list includes Samuel Barber’s epic 1936 Symphony in One Movement, the third symphonies of Roy Harris and Aaron Copland, and David Diamond’s Second Symphony, as well as symphonies by Howard Hanson and Walter Piston, among others. Many of these commissions were initiated by Serge Koussevitzky, the influential music director of the Boston Symphony Orchestra, who was a dedicated and passionate champion of American music.

Add to the list William Schuman’s Symphony No. 3. Born into a Jewish family in Manhattan, the young Schuman (1910-1992) was more passionate about baseball than music. In high school, he formed a dance band, Billy Schuman and his Alamo Society Orchestra. It was at the age of 20 that his interest in what he called “serious” music was ignited. It happened on April 13, 1930 when he attended a New York Philharmonic concert at Carnegie Hall, led by Arturo Toscanini. Later, Schuman said,

I was astounded at seeing the sea of stringed instruments, and everybody bowing together. The visual thing alone was astonishing. But the sound! I was overwhelmed. I had never heard anything like it. The very next day, I decided to become a composer.

William Schuman went on to become one of the most celebrated figures in twentieth century American music. In 1945, he was appointed president of the Juilliard School of Music. He left that position in 1962 to become founding president of Lincoln Center. His prominence earned him a celebrity appearance on the CBS gameshow, What’s My Line?  Amazingly, Schuman had been a composer for little more than ten years when Symphony No. 3 was written. Following two previous symphonies which were withdrawn, the monumental Third Symphony emerged as a bold, powerful, and irrepressible force. It was dedicated to Koussevitzky, who led the Boston Symphony in the premiere on October 17, 1941.

Symphony No. 3 unfolds in two expansive parts, each of which is divided into two subsections which pay homage to forms from the Baroque period: Passacaglia and Fugue, Chorale, and Toccata. The passacaglia, originally a courtly dance in triple meter featuring a set of variations on a repeating bass line, forms the basis for the final movement of Brahms’ Fourth Symphony, as well as the conclusion of Barber’s Symphony in One Movement. The Passacaglia which opens Schuman’s Third Symphony begins with a single line in the violas which is simultaneously melancholy, introspective, and quietly dignified. One by one, new string and woodwind lines take up the theme. Amid building intensity, each new entrance rises successively by a half step and extends the line to create a majestic sea of canonic counterpoint. A series of adventurous variations concludes with the triumphant restatement of the passacaglia theme by the four trombones. Without warning, we are swept into the exhilarating forward motion of the vigorous Fugue.

The Chorale which opens the second part is a variation of the passacaglia theme. It begins as a contrapuntal conversation between the divided violas and cellos. Soon, this instrumental choir is joined by the plaintive call of the trumpet. The concluding Toccata is an exuberant and virtuosic tour-de-force. The principal rhythm, announced by the snare drum, unleashes a boisterous and exuberant drama of frolicking instrumental voices. The euphoric climax arrives with thunderous percussion, heroic trumpet and horn calls, and a jubilant harmonic “duel” between keys.

Despite its outward homage to Baroque forms, William Schuman’s Third Symphony is unabashedly American. It is bold music filled with the unbounded energy, optimism, and rugged individualism of the frontier.