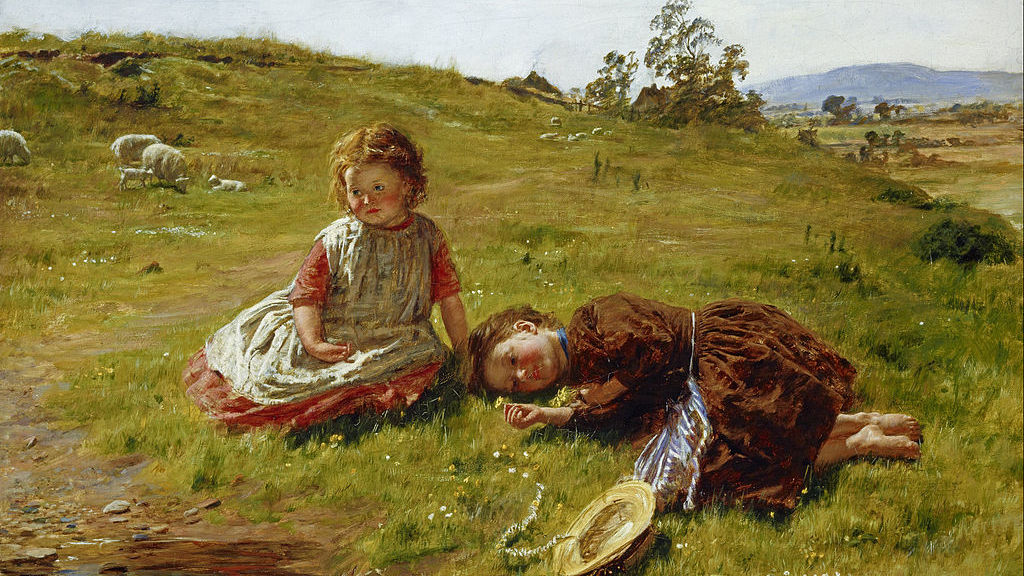 Beethoven’s Fifth and Sixth Symphonies were completed in the same year of 1808, and were premiered at the same under-rehearsed, four-hour-long concert. Yet, the two works stand as diametric opposites. The Fifth Symphony takes a dynamic journey towards transcendence. It is filled with ferocious, crackling energy and a sense of heroic struggle. Set in the bucolic key of F major, the quieter Sixth Symphony inhabits the stable, enduring world of nature. Beethoven gave it the subtitle, “Pastoral Symphony, or Recollections of Country Life.” Amid serene landscapes, struggle and aspiration fade away into a joyful, harmonious communion with nature. The natural world, as depicted in the Sixth Symphony, is a timeless presence, simultaneously beautiful, terrifying, and life-sustaining.

For Beethoven, long walks in the countryside provided deep solace. In a May, 1810 letter, he wrote,

How delighted I shall be to ramble for a while through bushes, woods, under trees, over grass and rocks. No one can love the country as much as I do. For surely woods, trees and rocks produce the echo which man desires to hear.

The Pastoral Symphony is one of Beethoven’s most overtly programmatic works. Yet, the music does not attempt to tell a literal story. Instead, it evokes the aura of nature. Beethoven called it “more an expression of feeling than painting,” and insisted that “all tone painting in instrumental music loses its value if pushed too far.” The dramatic outline of the Pastoral Symphony follows the model of Le musical de la nature, written some twenty-five years earlier by the Rheinish composer Justin Heinrich Knecht. (It is likely that Beethoven never heard this piece). It set the stage for Hector Berlioz’ Symphonie fantastique, another programmatic symphony set in five movements, one of which depicts a Scene in the Country.

In the first movement (Awakening of happy feelings on arrival in the country), we can sense the “childish excitement” with which Beethoven greeted the countryside. While the short motifs of the Fifth Symphony suggest compressed energy, this music is sunny and relaxed. As repeating patterns meet harmonic expansiveness, we experience something akin to the abundance and variety of nature. Every leaf, blade of grass, insect, and animal contributes to the majestic, unending tapestry. The development section springs to life with exhilarating forward motion as underlying triplets meet duple rhythm.

The second movement (Scene by the brook) suggests the ultimate peaceful repose. The brook’s gurgling water, heard in the flowing sixteenth notes of the second violins, violas and cellos, provides a gentle backdrop to a serene drama of conversing voices. A chorus of birdcalls rings out. In the final moments, their individual songs rise to prominence. The call of the nightingale in the flute is soon joined by the songs of the quail in the oboe and the cuckoo in the first and second clarinets. Beethoven identifies each in the score.

The scherzo (Merry gathering of country folk) erupts with the joyful frivolity of a country dance. The swirling forward motion of triple meter shifts abruptly to an earthy, unabashed peasant dance in duple meter. We hear the raucous sounds of a village band, which includes an enthusiastic bassoonist who appears to be able to play only two notes.

Suddenly, the merrymaking is interrupted by distant, ominous rumbles of thunder and without interruption the music crossfades into the fourth movement (Thunder, Storm). Isolated raindrops are followed by a sudden gust of wind, and the full force of the tempest is unleashed. The home key of F is swept away, temporarily, and replaced with a series of far-flung harmonic adventures. We experience thunderous timpani, flashes of lightning in the piccolo, and torrential downpours in the cascading strings. Berlioz wrote that at the climax, “it is no longer just a wind and rain storm; it is a frightful cataclysm, a universal deluge, the end of the world.” Gradually, the storm subsides and the flute’s sparkling final statement suggests the vibrant colors of a rainbow.

The final movement (Shepherd’s song. Cheerful and thankful feelings after the storm) begins without interruption. In the opening bars, C major and F major blend in a shifting sonic kaleidoscope. We experience the primal sound of open fifths. The drone of the shepherd’s bagpipe seems to echo from distant hills. As the movement unfolds, a simple folk-like melody is transformed into a majestic hymn of thanksgiving. The trombones, used more prominently in the Fifth Symphony, provide a noble sonic backdrop. In its final minutes, the Pastoral Symphony celebrates the life-sustaining gifts of nature. In his sketches, Beethoven inscribed the words, “We give thee thanks for thy great glory.”

I. Allegro ma non troppo (“Awakening of happy feelings on arrival in the country”):