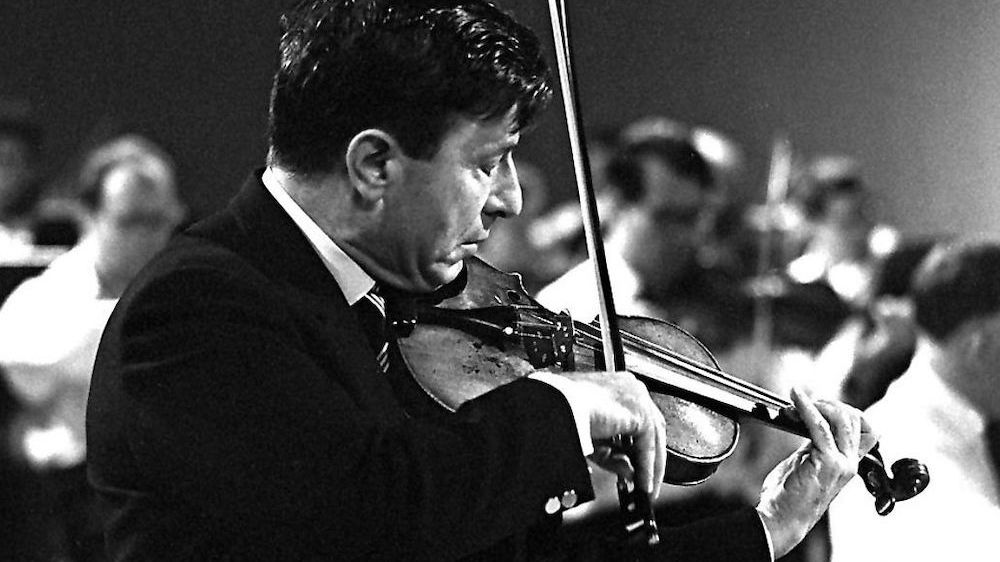 Nathan Milstein (1903-1992) was one of the most elegant and innately gifted violinists of the twentieth century. The biographer Boris Schwarz called his playing, “a rare combination of classical taste and technical perfection,” adding that “the effortless nonchalance with which he achieves sophisticated technical feats is amazing.”

Born in Odessa, Milstein moved to St. Petersburg at the age of 11 where he became one of the last students of the legendary Leopold Auer. He toured extensively with Vladimir Horowitz and eventually emigrated to the United States. The naturalness and ease with which Milstein approached the violin was illustrated in his ability to change fingerings on the spot during a performance. His use of rapid, energetic bow speed produced a pure, ringing tone. Milstein’s technique remained at a high level into his 80s and he retired only after suffering a broken hand.

Nathan Milstein’s 1948 recording of the Mendelssohn Violin Concerto with Bruno Walter and the New York Philharmonic, produced by Columbia Records, was the first long-playing 12-inch LP album ever made. Below, is Milstein’s extraordinary live telecast performance of the same piece with Walter Hendl and the Chicago Symphony Orchestra from April, 1962. I offered a brief guide to this cornerstone of the violin repertoire in a previous post.