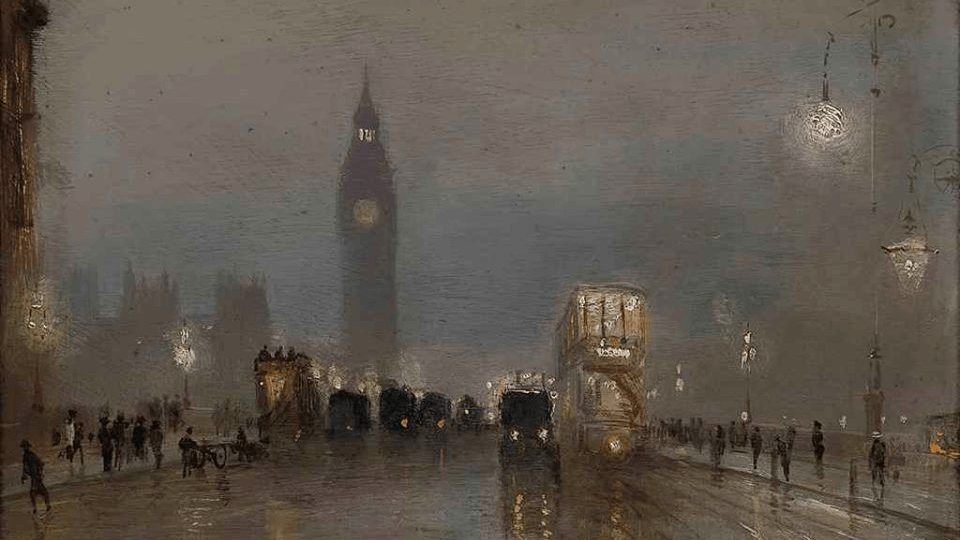 In 1777, the polymath Samuel Johnson wrote, famously, “When a man is tired of London, he is tired of life; for there is in London all that life can afford.”

Sir Edward Elgar’s 1901 overture Cockaigne (In London Town), Op. 40, is a glittering portrait of this dynamic city on the Thames. In medieval mythology, Cockaigne represented an imaginary utopia filled with endless physical comforts, idleness, and pleasure. In the early years of the twentieth century, the term became a humorous moral rebuke of the excesses of Edwardian London.

Elgar described the piece, which was completed two years after the Enigma Variations, as “cheerful and Londony, ‘stout and steaky’…honest, healthy, humorous and strong, but not vulgar.” Its programmatic allusions include bustling streets, church bells, a tender romantic scene between lovers, and the stirring, regal sounds of a military band. Yet, at the end of the score, Elgar made a cryptic reference to the lush greenery of the Malvern Hills near Wales with the medieval quotation, “Meteless and moneless on Malverne hulles.”

The score includes Elgar’s first use of an interpretive marking which returns throughout his music—nobilmente. The word is inscribed above a stately march which is outwardly soaring. At the same time, there is a hint of the quiet, underlying haunting melancholy which is often present in Elgar’s music. At moments, this exceedingly English music seems to be a parody of Wagner’s Die Meistersinger Overture. A 1942 newsreel documenting the destruction of London’s Queen’s Hall, following the most intense blitzkrieg of the Second World War, presented the two works side by side. The narrator called Cockaigne “eloquently reminiscent of the London that was, and in spirit still is…The home of music may be in ruins, but the music that found expression there is an imperishable thing.”

Commissioned by the Royal Philharmonic Orchestra, Cockaigne was dedicated by the composer to his “many friends, the members of the British orchestras.” Here is Sir Mark Elder’s 2003 recording with the Hallé Orchestra: