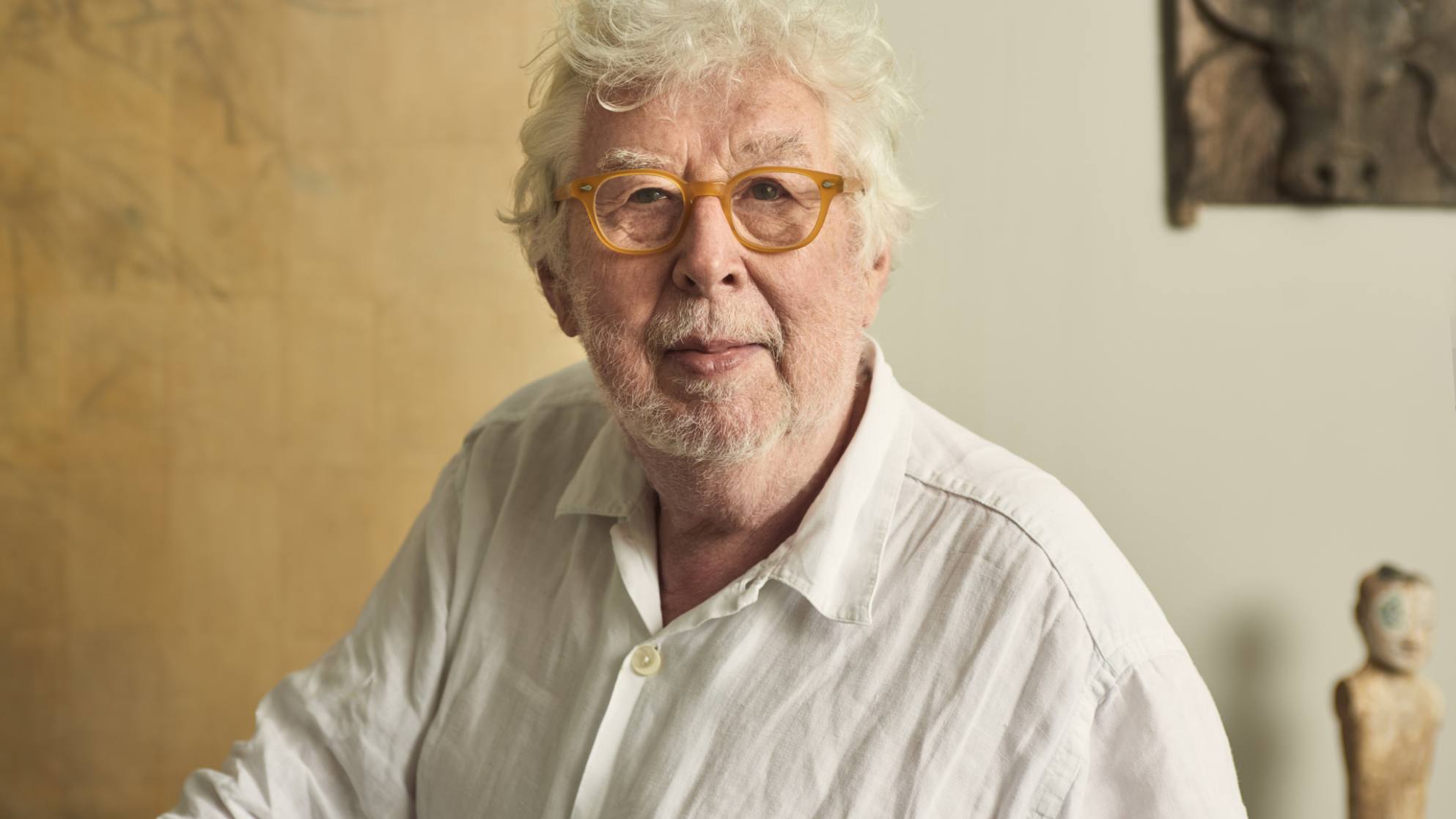 Sir Harrison Birtwistle, one of Britain’s most celebrated composers, passed away on April 18. He was 87.

Birtwistle was an uncompromising modernist who created music that was infused with “sonic brashness.” His 1995 work, Panic, for alto saxophone, jazz drum kit, and orchestra caused a minor scandal when it was premiered at BBC’s Last Night of the Proms. As with many of Birtwistle’s works, the inspiration for Panic grew out of mythology. Additional prominent works include: The Triumph of Time (1972), and the operas The Mask of Orpheus (1986), Gawain (1991), and The Minotaur (2008).

In 1977, Harrison Birtwistle completed the chamber ensemble piece, Silbury Air. Unfolding in a single movement, the work was inspired by Silbury Hill, a mysterious prehistoric mound which rises 125 feet out of the Wiltshire landscape in Southwest England. After centuries of speculation, the function of the Neolithic site remains unknown. In his program notes, the composer writes,

The music of the Air is not in any way meant to be a romantic reflection of the hill’s enigmatic location – nor a parallel with any of its evident geometry. Seen from a distance the hill presents itself as an artificial but organic intruder on the landscape. I have often alluded to my music of landscape presenting musical ideas through the juxtaposition and repetition of ‘static blocks’ or, preferable for my terminology, objects. These objects themselves being subjected to a vigorous invented logic via modes of juxtaposition, modes of repetition, modes of change. The sum total of these processes is a compound artificial landscape or ‘imaginary’ landscape, to use Paul Klee’s title.

Silbury Air begins with a primal, ritualistic pulse which seems to emerge from a dense fog. As the piece develops, this single pulse fragments into an array of mechanistic voices which hum and clank at varying rates of speed. In a preface to the score, Birtwistle included a “pulse labyrinth” in which musical “choices” are outlined in the form of a roadmap. At times, Silbury Air suggests the primitive shrieks and groans of Igor Stravinsky’s The Rite of Spring. Yet, it is ultimately the music of machines, revealing the harsh, exhilarating, anxiety ridden sounds of the late twentieth century.

Here is Elgar Howarth’s recording with the London Sinfonietta: