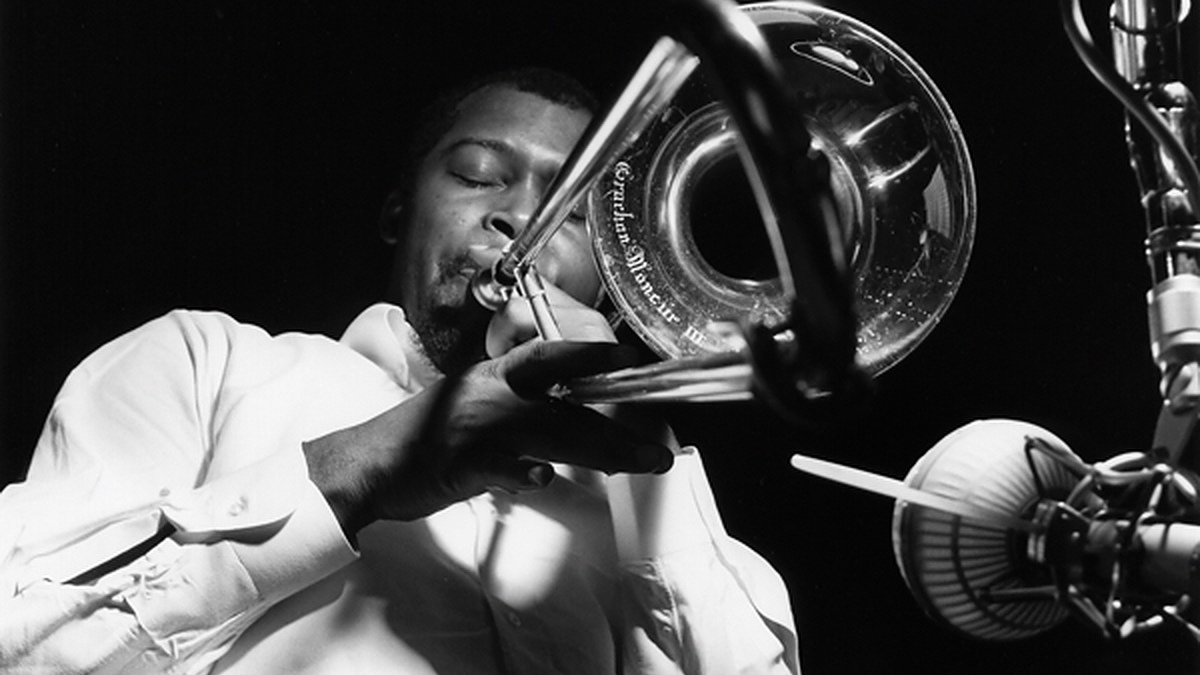 Moncur was a pioneer of the free jazz movement which emerged in the late 1950s. Free jazz allowed for simultaneous collective improvisation within the group. This was in contrast to earlier more structured forms, such as bebop, in which a single solo line was heard over a chordal accompaniment. Additionally, free jazz absorbed influences from modernist and avant-garde classical music of the mid twentieth century.

Moncur collaborated extensively with Ray Charles, Sonny Rollins, and Benny Golson’s Jazztet, among others. He recorded two highly innovative albums of his own for Blue Note Records: Evolution (1963), with Jackie McLean and Lee Morgan, and Some Other Stuff (1964), with Herbie Hancock and Wayne Shorter. Here are two excerpts from these albums:

Regarding Evolution, commentators have noted that “the whole record has a dark, misterioso quality that the lowering trombone sound… strongly accentuates.” Perhaps the exception is this up-tempo, latin-infused track:

Gnostic, the opening track on Some Other Stuff, moves into more avant-garde territory. According to Moncur, it is a piece “which eliminates a pulsating meter.” Instead, it develops over haunting, persistently repeating figures in the piano. It enters a dark, atmospheric world which at times suggests the sonic collages of Charles Ives, John Cage, and Karlheinz Stockhausen.