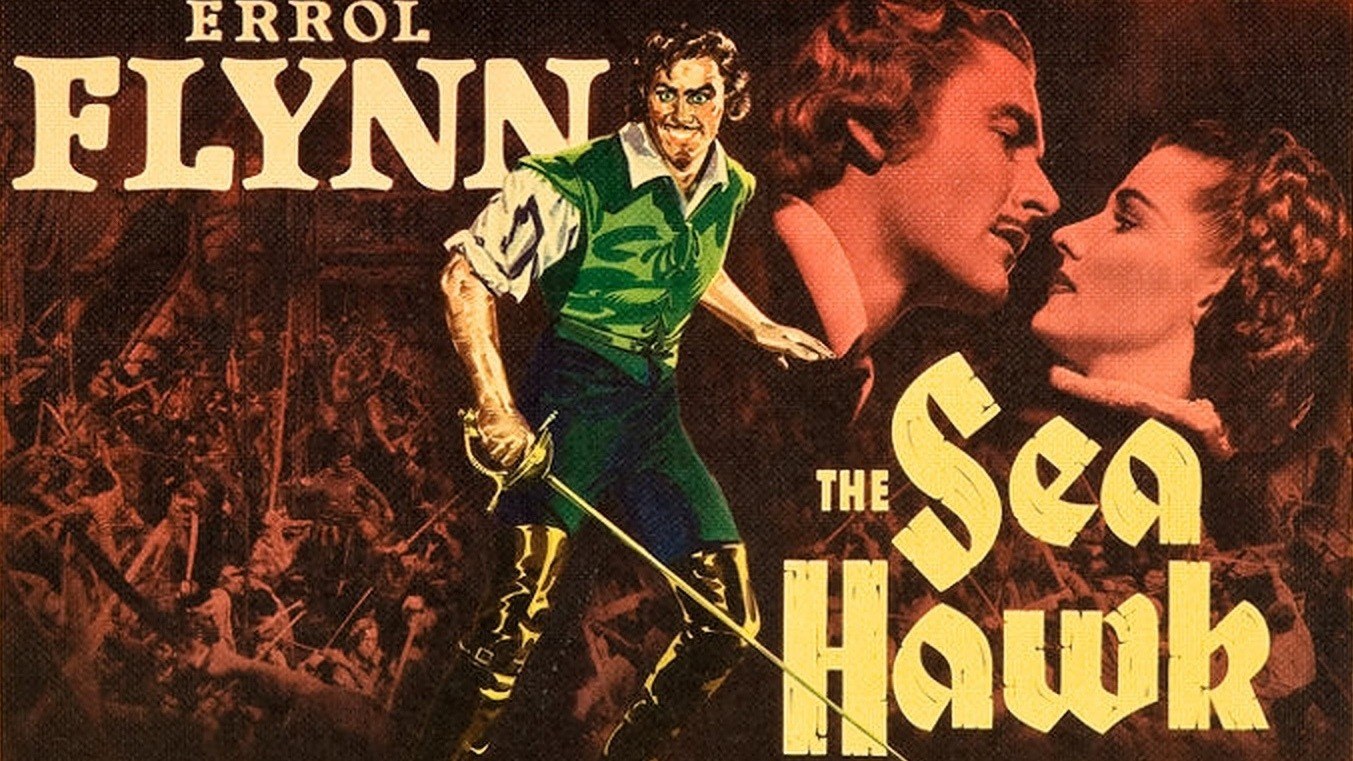 With the music of Erich Wolfgang Korngold (1897-1957), Viennese Romanticism faded into a rich, shimmering twilight.

As a child prodigy, Korngold attracted the attention of Gustav Mahler (who declared him a “musical genius”) and of Richard Strauss. Der Schneemann (“The Snowman”), a ballet Korngold composed at the age of 11, became a sensation when it was performed by the Vienna Court Opera in 1910. Later, came the 1920 opera, Die tote Stadt (“The Dead City”). Yet, Korngold’s trajectory as a composer was altered dramatically by the rise of the Nazis and the Second World War. In 1934, he emigrated to the United States and settled in Hollywood where he joined other Austrian Jewish expatriates such as Max Steiner. Korngold is now remembered as one of the most prominent film composers of Hollywood’s “Golden Age.”

Korngold’s soaring, symphonic score for the 1940 Warner Brothers adventure film, The Sea Hawk, is filled with echoes of the tone poems of Richard Strauss. The film stars Errol Flynn, who plays a swashbuckling maritime privateer in service of Queen Elizabeth I on the eve of the launch of the Spanish Armada. The film delivered stirring, pro-British propaganda to the American public one year into the Second World War.

The Sea Hawk was one of Korngold’s longest and most extensive film scores. Music accompanies all but twenty minutes of its two hour and six minute running time. The music which accompanies the duel near the end of the film was called a “tour de force of rhythmic energy and exactitude” (Rudy Behlmer) and “breathlessly fast-paced music [which] helps to make this one of the most exciting sword fights in cinema history.” (Laurence MacDonald).

Majestic fanfares open the Main Title, which we hear in this spectacular 1972 recording by RCA Records producer and conductor Charles Gerhardt and his National Philharmonic Orchestra. In the soaring love theme which follows, leaping lines in the flutes anticipate similar passages in the film scores of John Williams. (The Flying Theme from the 1982 science fiction film E.T. is a prominent example). Korngold’s score for the 1942 film, Kings Row, seems to have provided the direct inspiration for Williams’ Star Wars and Superman themes.

In this thrilling excerpt, we hear the extent to which the opulent sounds of prewar Vienna set the stage for Hollywood’s “Golden Age.”

1 thought on “Korngold’s “The Sea Hawk”: Excerpts from the Film Score”