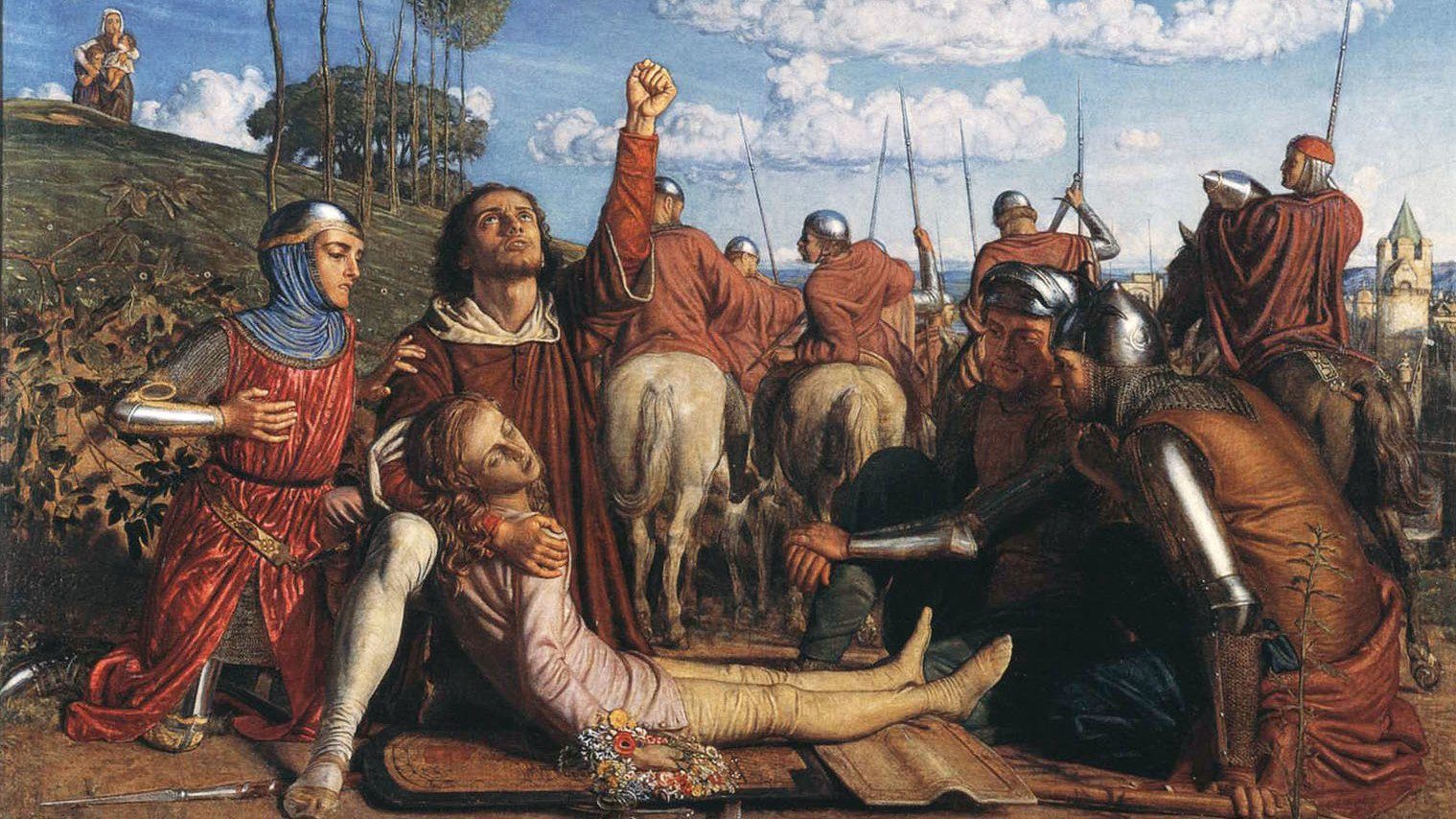 In his later years, Richard Wagner dismissed his five-act opera, Rienzi, the Last of the Tribunes, as a “youthful sin.”

Completed in 1840 when the composer was 27 years old, Rienzi stands in stark contrast with Wagner’s mature work. It was elaborately conceived as Grand Opera in the tradition of Meyerbeer. Wagner’s megalomaniacal intention was “to outdo all previous examples with sumptuous extravagance.” The premiere in Dresden on October 20, 1842 lasted over six hours with breaks and included a 40 minute long ballet. The story is based on a novel by the English writer, Edward Bulwer-Lytton. The annotator Herbert Glass calls the libretto, written by Wagner, “wordy and convoluted” and summarizes the story this way:

The historical Rienzi was a 14th-century Roman tribune, elected to improve the miserable lot of Rome’s plebeians. Rienzi and his adherents topple the government by defeating the repressive nobility in battle, only to become a demagogue himself who is finally set upon and killed by those he initially championed.

Perhaps as a result of its unwieldy dimensions, Rienzi is rarely performed as a full opera. Yet, its powerfully dramatic Overture lives on in the concert hall. The Overture begins with a single, mystical trumpet call which foreshadows the battle calls of Act 3. Gradually, the other instrumental voices seem to awaken from a dream. Suddenly, the music finds a way forward with a noble theme which returns in Act V as Rienzi’s prayer, Allmächt’ger Vater (“Almighty Father”). The Overture concludes with a rousing military march from Act III. At moments, the influence of Carl Maria von Weber (1786-1826) is evident. Ultimately, the Rienzi Overture is a thrilling orchestral tour de force.

Here is Karl Böhm’s 1979 recording with the Vienna Philharmonic:

Featured Image: “Rienzi vowing to obtain justice for the death of his young brother, slain in a skirmish between the Colonna and the Orsini factions,” William Holman Hunt (1848-49)