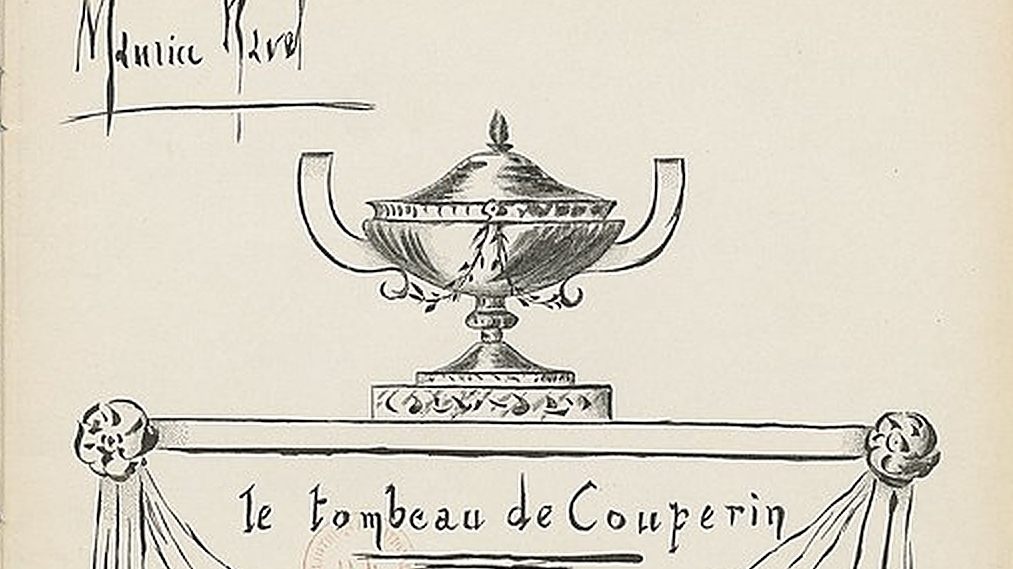 Maurice Ravel completed the solo piano suite, Le Tombeau de Couperin, in 1917 amid the devastation of the First World War.

The 17th century word, tombeau, refers to “a piece written as a memorial.” Ravel dedicated each of the suite’s movements to the memory of a friend who was lost in the war. Yet, there is nothing somber or elegiac about this music. The bleak, mechanized dehumanization of the twentieth century battlefield is left behind. What emerges is a magical dreamscape filled with vivid pastel colors and the elegant motion of dance.

The title refers to the great French Baroque composer, François Couperin (1668-1733), who composed numerous keyboard suites using the same archaic dance forms. According to Ravel, “the homage is directed less in fact to Couperin himself than to French music of the eighteenth century.” When listeners commented that the music was not appropriately reverential, Ravel replied, “The dead are sad enough, in their eternal silence.”