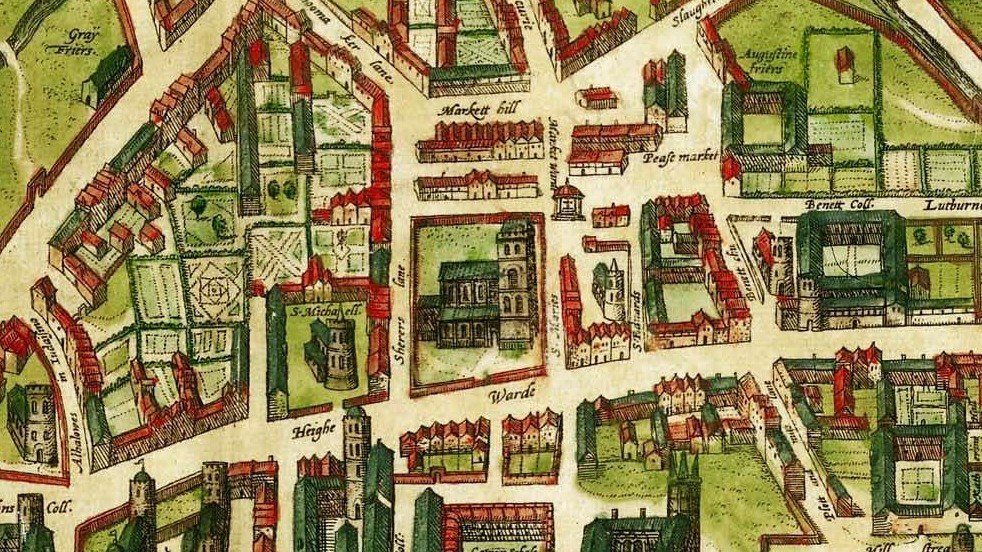 The music of the English composer, Orlando Gibbons (1583-1625), bridges the late Renaissance and early Baroque periods.

Based in Cambridge and then at the Chapel Royal for much of his life, Gibbons became organist at Westminster Abbey in 1623. He enjoyed the patronage of King James I and his successor, Prince Charles. In addition to writing liturgical music and keyboard pieces, Gibbons developed the late English madrigal, creating such famous works as The Silver Swan and What Is Our Life? His collection of nine three-part Fantasies was published in 1620.

The viol consort, Sit Fast, performed three of the Royal Fantasies in April of 2019. Here is a translation of the ensemble’s explanation of its unusual name:

Sit Fast? A name that arouses curiosity. Our era of speed will probably give it a false sense, because “sit fast” does not mean “sit fast,” but rather “sit firmly” and listen. It was by this formula that Christopher Tye (about 1505-1572) invited the music lovers to penetrate the rhythmic and harmonic labyrinth of his eponymous play. Although the name refers to the golden age of music for violins in Elizabethan England, the Sit Fast consort nevertheless claims a multiplicity of times and styles.

Featured Image: a sixteenth century map of Cambridge created by Braun and Hogenberg during the lifetime of Orlando Gibbons