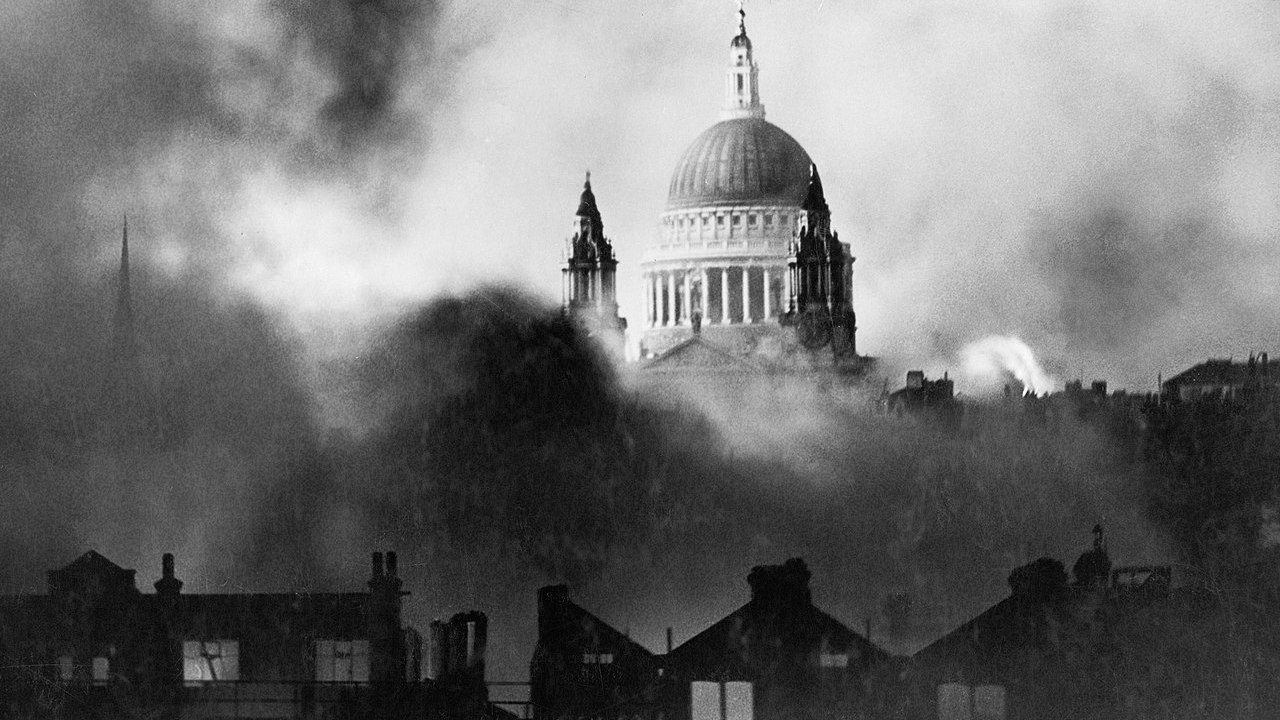 It comes in the form of three pitches (F, G, and A-flat) which rise with desperation in octaves before plunging into a hellish, rumbling inferno. The original Greek translation of the word, “symphony,” suggests the harmonization of disparate elements. Yet, this is music of destabilization, disintegration, and alienation. Punctuated by tumultuous shrieks in the strings and ferocious brass jabs, these terrifying opening bars unleash a titanic struggle between two keys, E minor and F minor, which remains unresolved amid a recurring crunch of semitones. Soon, the battle subsides into a swirling, skittish chorus of ghostly voices. A listless zombie march trudges forward. Over a walking bass line, the tenor saxophone intones a kind of mechanical jazz which has lost its swing. Eventually, these wandering lines are transformed, briefly, into a celestial hymn, accompanied by the harp. Yet, within moments, the initial scream and its ensuing harmonic conflict return in the movement’s concluding bars.

The Symphony’s four movements unfold without pause. Each dissolves into a sustained pitch which Vaughan Williams described as a “tail attached to the head of its neighbor.” The second movement, marked simply Moderato, develops from the harsh “devil’s interval” of the tritone. We hear the ominous, unrelenting “rat-a-tat” rhythm of a military drum. Soon, the rhythm is echoed as a haunting bugle call. Repeating incessantly, it becomes a diabolical ostinato. It is the same insane death march that we hear in Gustav Holst’s Mars, the Bringer of War. The movement fades away with the plaintive, pastoral voice of the English horn.

The third movement is a sardonic Scherzo. Ferocious statements in the brass are mocked by what the composer called “a trivial little tune, chiefly on the higher woodwind.” There are quotes from Vaughan Williams’ score for the British propaganda film, Costal Command (1942), in which the composer’s music accompanied images of Nazi bombers. Some listeners hear the tenor saxophone solo in the trio section, with its vague echoes of Swanee River, as a chilling remembrance of a 1941 Blitz attack which claimed the lives of members of a jazz band at London’s Café de Paris nightclub.

The Epilogue emerges from a veiled sustained tone in the bass clarinet. Ghostly strands of sound wander through a barren and forlorn landscape. Continuously weaving fugal lines create a disorienting contrapuntal “hall of mirrors.” Vaughan Williams imagined “whiffs of theme” which are “always very quiet and without rise or fall.” As one of the composer’s friends put it, this is “the agnostic’s Paradisum.” The final bars fade away with two conflicting and ultimately unresolved harmonic spheres.

Composed between 1944 and 1947, Vaughan Williams’ Symphony No. 6 emerged in the aftermath of the Second World War. Audiences reacted to its premiere, given by Sir Adrian Boult and the BBC Symphony Orchestra on 21 April 1948, with astonishment and anxiety. Deryck Cooke wrote,

I was no more able to applaud than at the end of Tchaikovsky’s Pathétique Symphony—less so, in fact, for this seemed to be an ultimate nihilism beyond Tchaikovsky’s conceiving: every drop of blood seemed frozen in one’s veins.

For some listeners, this is the music of nuclear apocalypse. The composer insisted that the Sixth Symphony should not be heard as a programmatic war symphony. With exasperation, he once said, “It never seems to occur to people that a man might just want to write a piece of music.” Ultimately, when pressed for the “meaning” of the final movement, Vaughan Williams quoted Prospero’s lines from Shakespeare’s The Tempest (IV, i):

We are such stuff as dreams are made on, and our little life is rounded by a sleep.

1 thought on “Vaughan Williams’ Sixth Symphony: Scream of the Apocalypse”