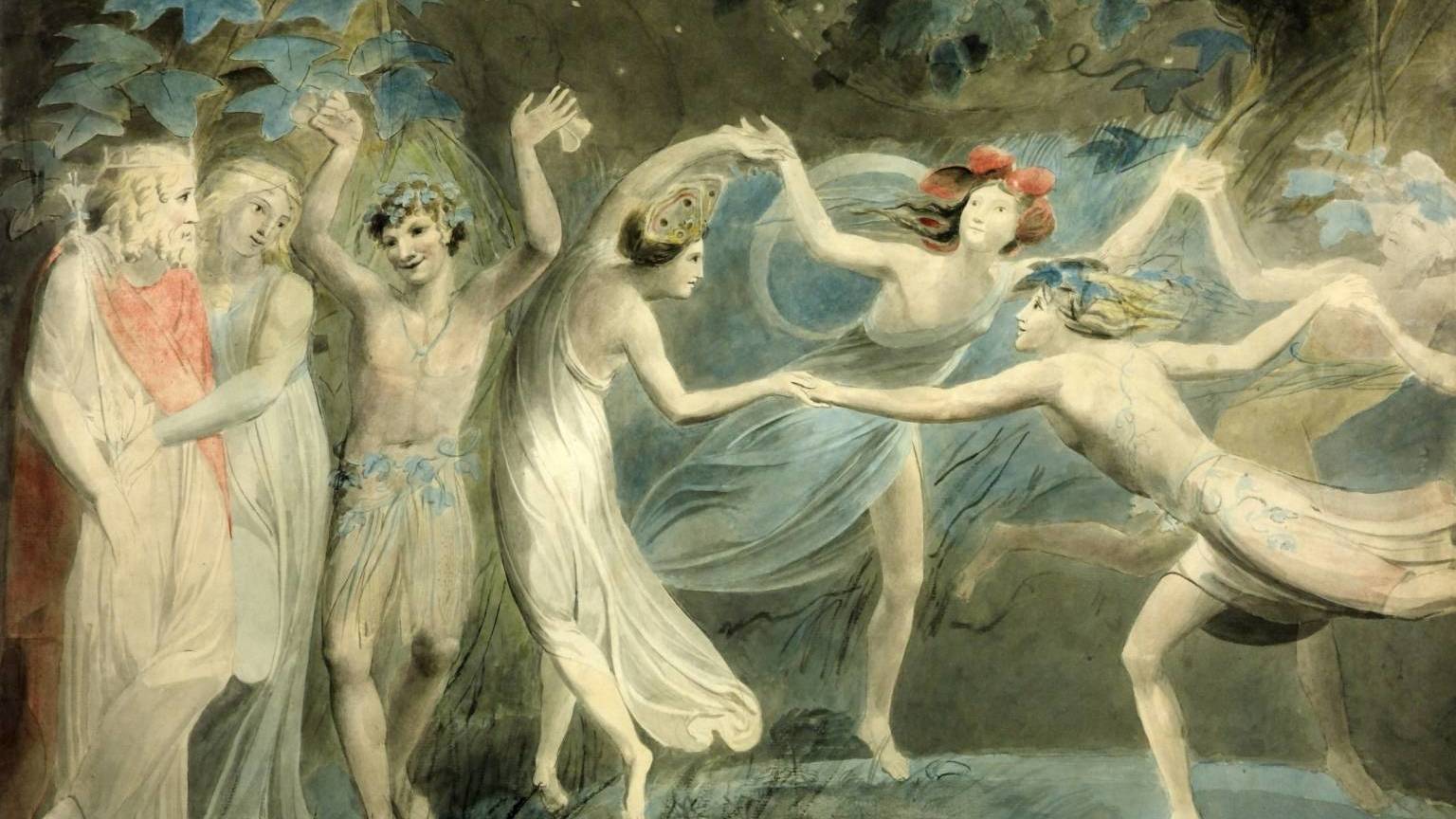 Following the 1948 premiere of his Sixth Symphony, Ralph Vaughan Williams was asked to provide the “meaning” of the work’s bleak, apocalyptic closing Epilogue. For many listeners, the music suggested a chilling portrait of a world decimated by nuclear war. The composer who had so vividly captured the pastoral glory of “England’s green and pleasant land” in earlier pieces, now seemed to deliver only alienation from nature in the face of twentieth century technological horrors.

Vaughan Williams refused to endorse a specific and literal program. Instead, he offered a quote from Shakespeare’s The Tempest, with the comment, “I think we can get in words nearest to the substance of my last movement in ‘We are such stuff as dreams are made on, and our little life is rounded by a sleep.'”

Musically, the description is reinforced in the second of Vaughan Williams’ Three Shakespeare Songs for a cappella choir, composed in 1951, four years after the completion of the Sixth Symphony. The Cloud-Capp’d Towers is a brief setting of the sorcerer Prospero’s speech from Act IV of The Tempest, concluding with the famous line cited initially by Vaughan Williams. As the speech unfolds, Shakespeare’s play, as well as the “play” of life, becomes an “insubstantial pageant faded.” Along with the loftiest man-made structures, “the great globe, itself” (a reference to the Earth as well as Shakespearian London’s Globe Theatre) “…shall dissolve.” Vaughan Williams’ original manuscript was set in E minor, the key of the Sixth Symphony. On the words, “shall dissolve,” the harmony shifts between E minor and E-flat minor triads. This is the same unresolved harmonic conflict we hear as the Sixth Symphony’s final bars fade into eternal silence.

The first song, Full Fathom Five, begins with the sound of tolling bells. It is a setting of “Ariel’s song” from Act I of The Tempest. Ferdinand falsely presumes that his father, Alonso, the King of Naples, has drowned in a shipwreck. Yet Ariel describes the mystical transformation of Alonso’s body in the ocean depths. Vaughan Williams’ music descends into a veiled underwater landscape. The word, “strange,” brings a haunting chordal cluster.

The final song moves to the magical, nocturnal forest of A Midsummer Night’s Dream with a setting of the Fairy’s Song to Puck. Both joyful and fleeting, the final bars of the song seem to fade into the night.

Initially, Ralph Vaughan Williams was unenthusiastic when, in 1951, he was asked to compose a “test piece” for a choir competition, organized by the British Federation of Music Festivals, of which he was president. Vaughan Williams believed that established works were more suited to such occasions. Ultimately, the Three Shakespeare Songs go far beyond choral pedagogy into an impressionist dreamscape of color and atmosphere.

III. Over Hill, Over Dale:

Full fathom five thy father lies,
Of his bones are coral made;
Those are pearls that were his eyes:
Nothing of him that doth fade,
But doth suffer a sea-change
Into something rich and strange.
Sea-nymphs hourly ring his knell:
Ding-dong.
Hark! now I hear them, – ding-dong bell.

The cloud-capp’d towers, the gorgeous palaces,
The solemn temples, the great globe itself,
Yea, all which it inherit, shall dissolve,
And, like this insubstantial pageant faded,
Leave not a rack behind: We are such stuff
As dreams are made on, and our little life
Is rounded with a sleep.

Over hill, over dale,
Thorough bush, thorough briar,
Over park, over pale,
Thorough flood, thorough fire
I do wander everywhere.
Swifter than the moonè’s sphere;
And I serve the fairy queen,
To dew her orbs upon the green.
The cowslips tall her pensioners be;
In their gold coats spots you see;
Those be rubies, fairy favours,
In those freckles live their savours:
I must go seek some dew-drops here,
And hang a pearl in every cowslip’s ear.