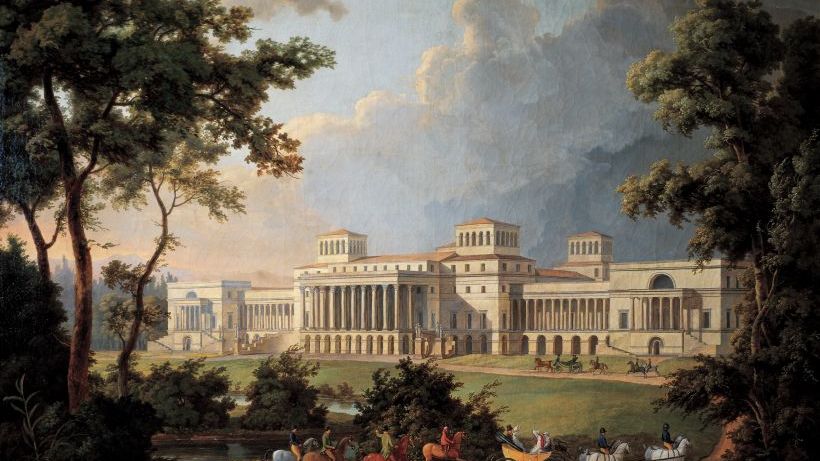 Franz Joseph Haydn’s Symphony No. 7 in C Major, “Le Midi,” is the second installment in a symphonic trilogy (Nos. 6-8) which depicts three times of day: Morning, Midday, and Evening.

It was with these inventive works that the 29-year-old Haydn began his nearly three-decade-long tenure as Kapellmeister at the aristocratic court of the Ezterházy family in the spring of 1761. The appointment provided Haydn with top level musicians and a splendid isolation away from Vienna which, as the composer later said, “forced me to become original.” In these early symphonies, we can still hear the influence of the Baroque concerto grosso, with its conversational interplay between the large ensemble and solo instrumental voices. At the same time, a bold, new symphonic form takes shape.

The introduction which opens Symphony No. 7 takes the form of a stately ceremonial march. Regal fanfares recall the dotted rhythms which open a Baroque French overture. In the spirited Allegro which follows, two solo violins and cello take center stage in an expansion of the trio sonata. The second movement (Recitativo-Adagio) takes a sudden turn towards opera. The solo violin is transformed into “the anguished dramatic soprano of Metastasian opera seria.” (H. C. Robbins Landon) An extended dramatic recitative is followed by an intimate duet between the violin and cello. As with the other symphonies in the trilogy, the Minuet’s trio section features a rare double bass solo. The Finale is a joyful celebration of virtuosity in which nearly every instrument has its moment in the spotlight.

This 2019 performance features the Italian ensemble, Il Giardino Armonico, led by Giovanni Antonini. The recording is part of the Haydn2032 initiative, in which all 107 Haydn symphonies will be performed in the run-up to the 300th anniversary of the composer’s birth.