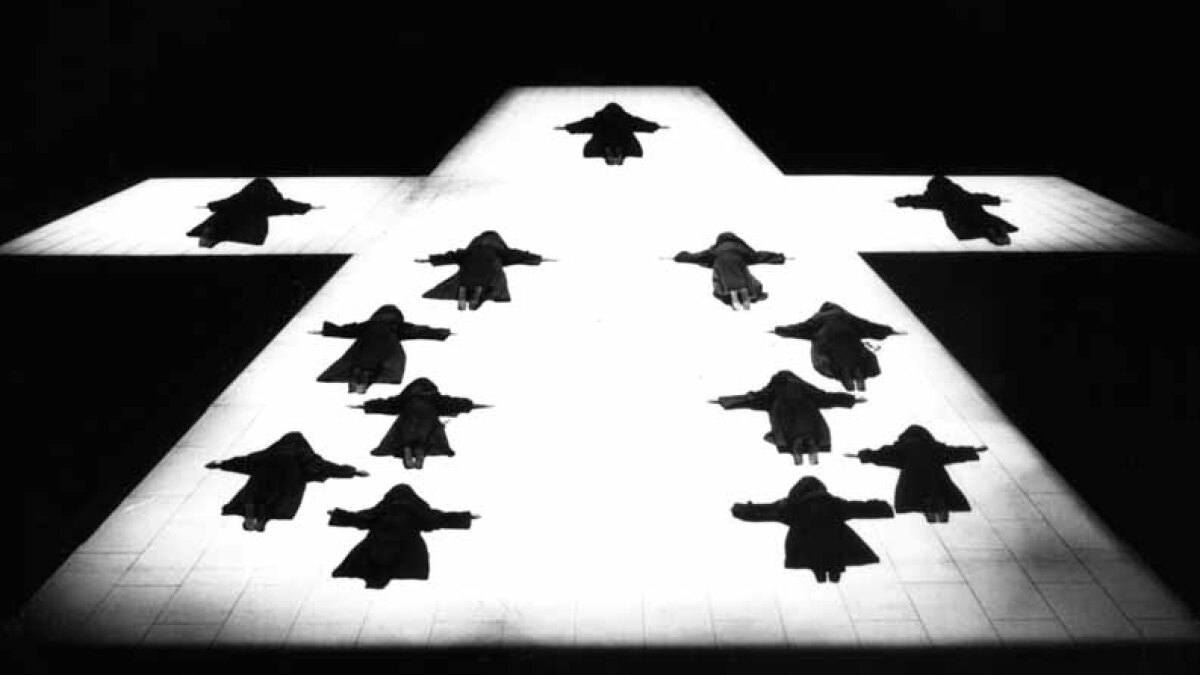 Francis Poulenc’s 1957 opera, Dialogues des Carmélites, tells the story of the Martyrs of Compiègne, sixteen Carmelite nuns who were executed at the guillotine during the final days of the French Revolution’s Reign of Terror. Driven from their convent and arrested, the nuns elected to take a vow of martyrdom rather than renounce their vocation.

One of opera’s principal tragic heroines is Blanche de la Force, a woman from an aristocratic family who enters the convent just before the outbreak of the French Revolution. Blanche flees when the convent is desecrated, only to rejoin her fellow nuns as they are led to their execution.

Based on a rejected screenplay by Georges Bernanos, Dialogues des Carmélites contemplates the meaning of life, spiritual conviction, and faith in a society which has descended into collective insanity. At the end of the second act, the temporary prioress, Mother Marie, is taunted by an arresting officer for her conformity of dress. When she replies that nuns will continue to serve, no matter how they are dressed, the officer proclaims arrogantly that “the people have no need of servants.” “No, but they have a great need for martyrs,” responds Mother Marie. “In times like these, death is nothing,” he counters, to which she answers, “Life is nothing when it is so debased.”

In the opera’s traumatic final scene, the nuns sing Salve Regina, an antiphon to Mary, as they process to the guillotine. As they are cut down, one by one, Poulenc’s music trudges on grimly. At moments, it becomes eerily numb, indifferent, and even beautiful. Splashes of color in the harp coincide with the cruel slash of the blade. In the final moments, Blanche mounts the scaffold and sings the benediction of the Veni Creator Spiritus:

Now to the Father and the Son, who rose from death, be glory given, with Thou, O Holy Comforter, henceforth by all on earth and in heaven.

Here is a 2004 La Scala performance, conducted by Riccardo Muti: