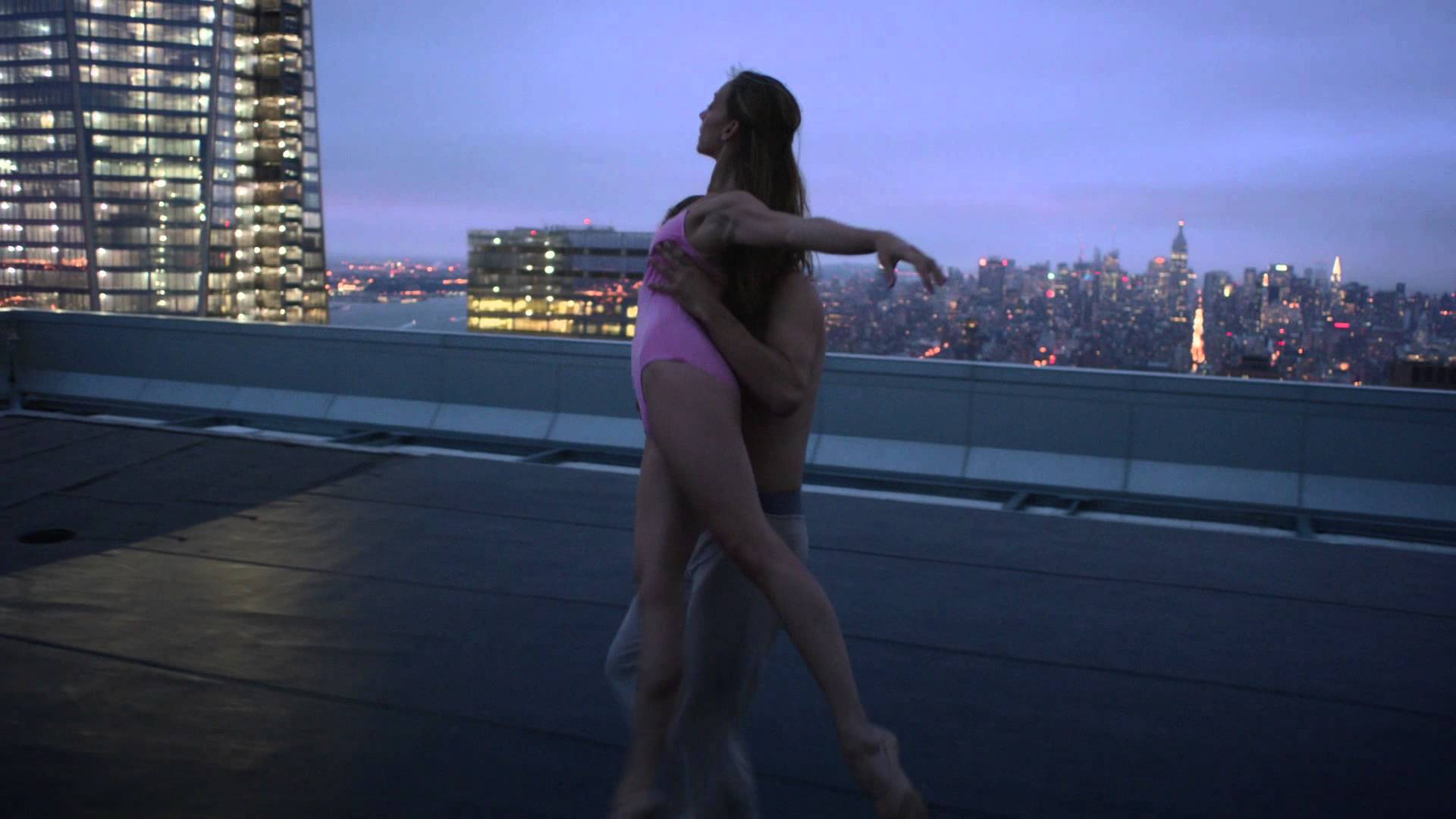 You may have seen New Beginnings, the short film released by New York City Ballet on September 12. It features a moving performance on the 57th floor terrace of 4 World Trade Center at dawn and is intended to be “a testament to the resilience of the human spirit, and a tribute to the future of the city that New York City Ballet calls home.”

The music is Spiegel im Spiegel (mirror in the mirror), written in 1978 by Estonian composer Arvo Pärt (b.1935). Here is a recording of the piece by violinist Nicola Benedetti and pianist Alexei Grynyuk. As you listen, consider how the music is flowing and what effect it has on your sense of time. Is there a process unfolding throughout the piece? Why do you think it’s called Spiegel im Spiegel, or “mirror in the mirror”?

If you hold a mirror in front of another mirror the reflections become infinite. You probably noticed a similar process happening musically. The violin keeps returning to the pitch, “A.” The piece develops slowly as pitches are added, one at a time in perfect inversions below and above this “A”. Consider how this incremental development influences your sense of expectation.

Spiegel im Spiegel evolves outward, filling up musical “space” and giving us the sense of time flowing through music. This might remind you of the additive process we heard in Steve Reich’s Different Trains in the last “Listeners’ Club” post. In the late 1970’s a handful of American composers such as Reich and Philip Glass were experimenting with minimalism-circular, repetitive music which flowed in a fundamentally different way. Around the same time Arvo Pärt, trapped behind the Iron Curtain and cut off from most outside musical influences, discarded atonality and began writing similar music. Pärt’s meditative minimalism is rooted in mysticism and influenced by early music, especially Gregorian chant.

This episode of the BBC series, Soul Music explores Spiegel im Spiegel and its effect on listeners. Listen a few more times and share your thoughts on the music in the thread below.

I could compare my music to white light which contains all colors. Only a prism can divide the colours and make them appear; this prism could be the spirit of the listener.