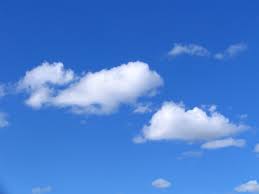 Musical theater and art song occasionally meet in the works of Stephen Sondheim. One example is I Remember, a little-known gem from Evening Primrose, a 1966 television musical which appeared on ABC’s Stage 67 series.

The psychological plot, inspired by a John Collier short story and adapted by James Goldman, inhabits the world of dreams, imagination and symbolism: Charles, a poet, takes refuge from the world by hiding out in a department store after closing time. He discovers a group of people who have secretly lived in the store for years. Everyone who has tried to leave has fallen victim to the “Dark Men.” With each victim, a new mannequin appears in the clothing department. Charles falls in love with Ella, a young woman who has lived in the store since the age of six. Now, she desperately wants to leave. Ella has not seen the outside world for years, but she hangs on to hazy memories:

Like Send in the Clowns, I Remember develops through short motives. The song unfolds with expansive, ascending lines which are left open, allowing us to imagine what’s over the next horizon. We can sense the free flow of imagination and the longing to reach up and embrace the sky.

1 thought on “I Remember Sky”