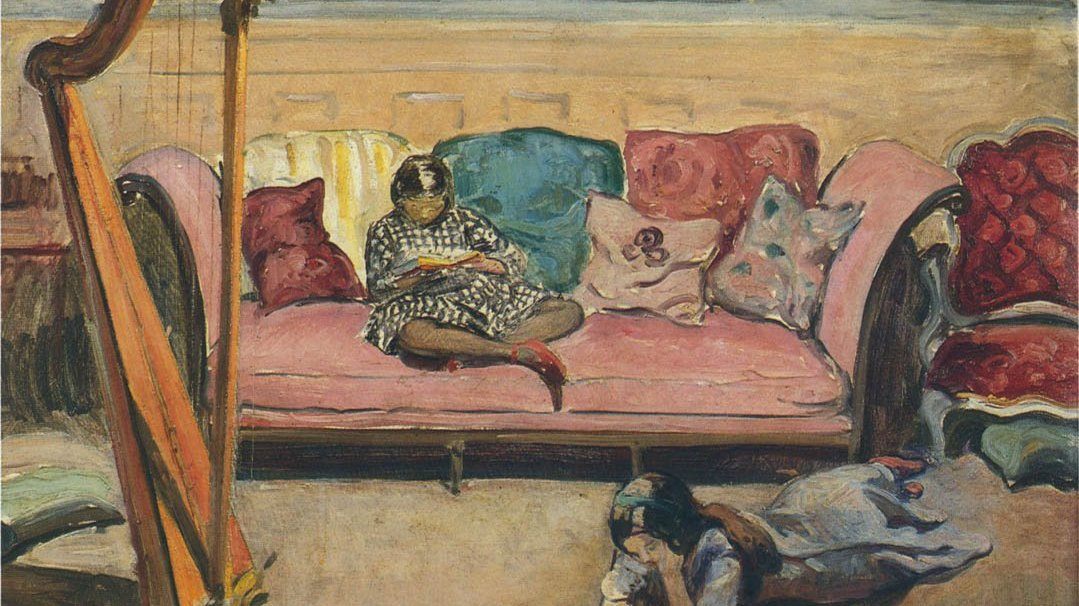 In 1904, Pleyel, the Parisian instrument manufacturing company, commissioned Claude Debussy to write a piece showcasing what they hoped to be a revolutionary new kind of harp.

The harpe chromatique, invented in 1894 by Pleyel’s director, Gustave Lyon, was a cross-string harp designed without need for foot pedals. The standard harp, with its 46 strings and range of six and a half octaves, cannot play all possible half step intervals without relying on seven pedals which can be raised or lowered. Pleyel’s harp had two intersecting rows of strings, providing a string for each chromatic note. The harpe chromatique didn’t catch on, partly because of its weight and reduced resonance, and by 1930 production ceased.

What remains is Debussy’s shimmering and exotic Danse sacrée et danse profane for harp and string orchestra. Now, it is most often performed on a standard harp, or as a reduction for two pianos made by the composer. In French, the word “profane” comes with earthly, sensuous connotations in contrast to the English meaning. This piece, inspired by an innovative update to one of the oldest instruments, evokes distant sounds of Ancient Greece and Rome, as well as Renaissance Spain where the cross-strung harp is believed to have originated. At the same time, we float through the hazy, colorful dreamscape of Debussy’s parallel harmony. The first dance, shrouded in solemn mystery,  dissolves into the gently lilting second dance, a waltz with its echoes of the Gymnopédies of Erik Satie. The piece concludes with a spirited, good-humored jab.

Following Pleyel’s Debussy commission, the competing Érard Company approached Maurice Ravel in 1905 for a piece showcasing its double-action pedal harp. Ravel wrote the Introduction and Allegro for Harp, Flute, Clarinet and String Quartet quickly before embarking on a long summer holiday. He told a friend that it was the result of “eight days of dogged work and three sleepless nights.” The opening of the piece may remind you of Debussy’s Prelude to the Afternoon of a Faun (especially around the 0:30 mark). At 1:12 listen to the striking blur of color that emerges from this unique combination of instruments. Following a cadenza, the piece concludes with a coda filled with sparkling innocence, playfulness, and joy.