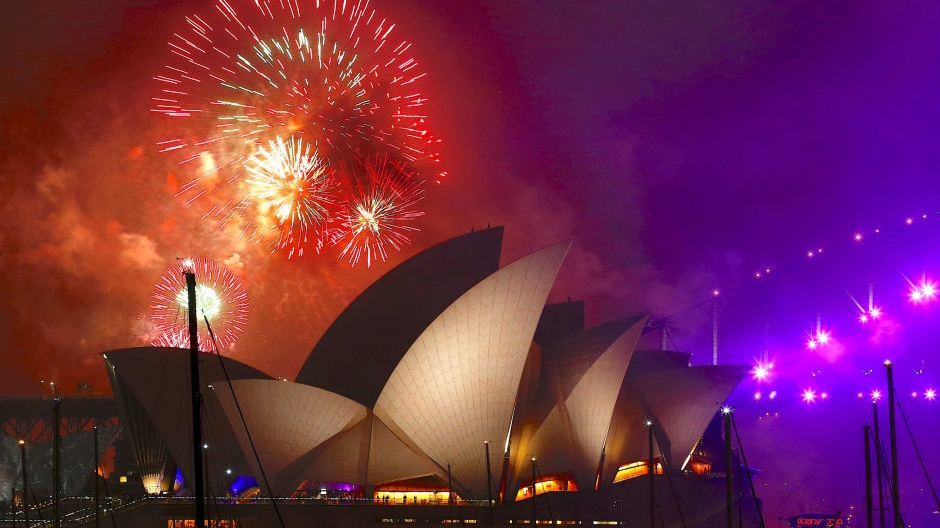 As we embark on another exciting year of music, keep your high quality headphones or stereo system handy. Reserve a few quiet moments each day for deep, attentive listening. Share your comments below, explore the archive, and share your favorite pieces with friends.

The wonders of the internet and recording technology allow us to get together every Monday, Wednesday, and Friday. We have a vast amount of music at our fingertips, and we have the luxury of giving each piece multiple listenings. But also remember the importance of the live concert experience, with its sonic power and immediacy. If you haven’t heard your local orchestra, chamber ensemble, or solo musicians lately, I encourage you to go. Use recordings and The Listeners’ Club archive to prepare for the experience.

Das alte Jahr vergangen ist (“The old year now hath passed away”) is a New Year hymn dating back to 1568. The chorale melody has been attributed to Johannes Steurlein (1546-1613), the son of the first Lutheran pastor of the central German town of Schmalkalden. The text suggests a mix of quiet gratitude and apprehension:

The old year now hath passed away;
We thank Thee, O our God, today
That Thou hast kept us through the year
When danger and distress were near.

We pray Thee, O eternal Son,
Who with the Father reign’st as One,
To guard and rule Thy Christendom
Through all the ages yet to come.

Opening with a tense rising half step, this is a melody filled with a nagging sense of melancholy. It’s not the kind of celebratory, hopeful turning of the page we often associate with New Year’s. Here is a setting by the early Baroque German composer, organist, and music theorist, Michael Praetorius (1571-1621):

Around the same time, Samuel Scheidt (1587-1654) was working as a composer and organist in Protestant Germany. His setting was published in 1620 as part of Cantiones sacrae. Frequently, Scheidt used a technique known as “patterned variation,” in which each chorale variation becomes increasingly elaborate, building towards a final climax.

J.S. Bach’s chorale, Das alte Jahr vergangen ist, BWV 288 may have originated as part of a now lost New Year’s Day cantata. Bach’s chorale prelude for organ, BWV 614 was written sometime between 1708 and 1717 during his years in Weimar. The chorale prelude develops from the original melody, moving into haunting territory. Amid dense chromaticism and occasional dissonances, the music drifts into a frightening and lonely harmonic ambiguity. It’s as if we’re lost in the middle of the night in a dark forest. In the opening bars, the top voice is shrouded in rising and falling lines in the other voices, outlining a melancholy chromatic fourth. In the fifth bar, you will hear this rising chromatic line emerge in the top voice. As this brief prelude develops, a lamenting conversation unfolds.

In this performance from The Netherlands Bach Society, Bart Jacobs plays the 1738 Christian Müller organ at St Bavo’s Church in Haarlem:

2020 brings the 250th anniversary of Beethoven’s birth. Here are a few other anniversaries: