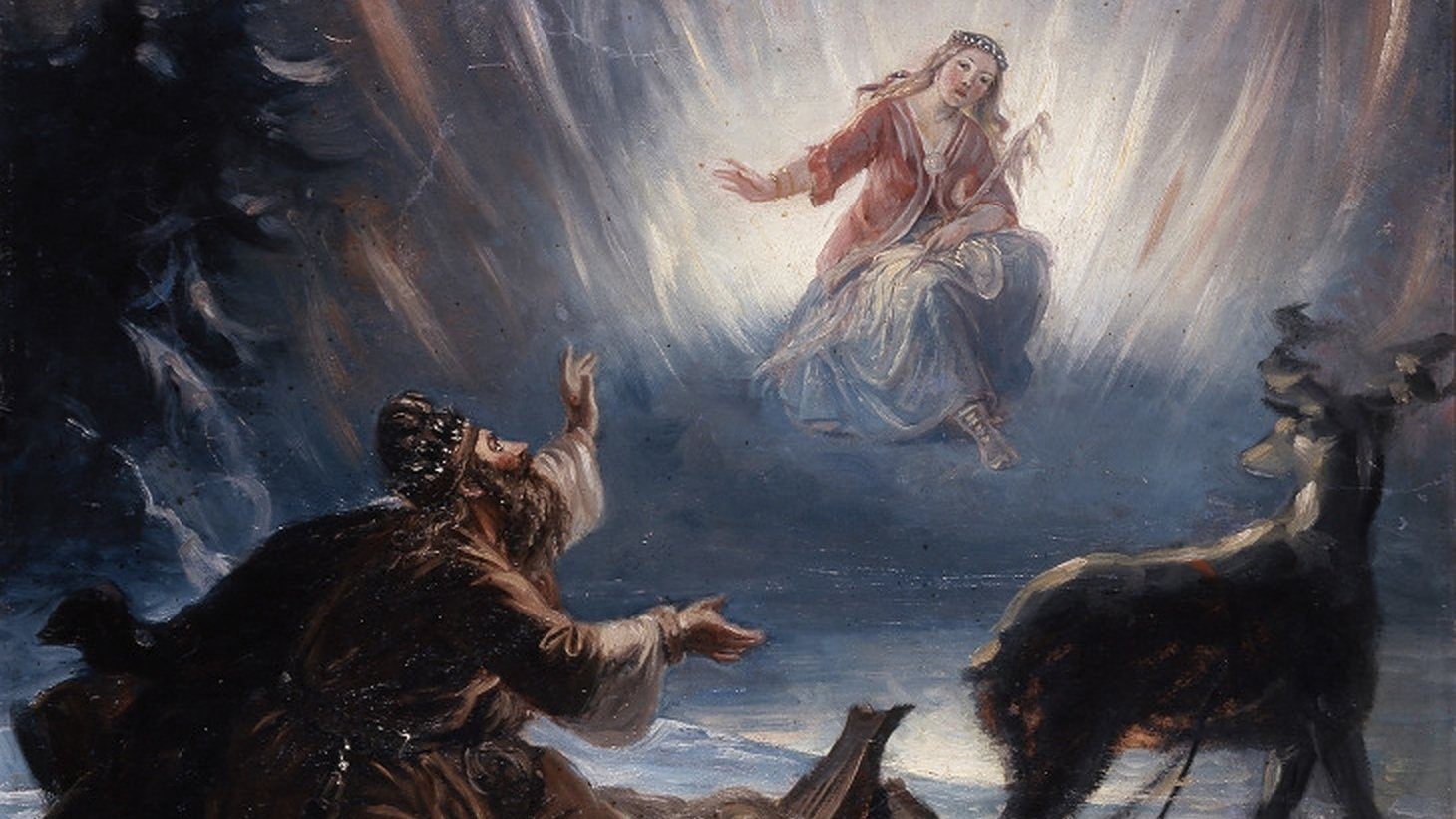 Jean Sibelius’ 1906 tone poem, Pohjola’s Daughter, was inspired by a mythic story outlined in Cantos 8 of the Kalevala, the Finnish national epic.

Väinämöinen, the white-bearded demigod, is speeding through the Finnish landscape on his sleigh when he spots a beautiful maiden sitting on the edge of an enormous rainbow. Captivated, Väinämöinen asks her to join him on his sleigh and to become his wife. The seductive maiden agrees on the condition that Väinämöinen accomplish a series of seemingly impossible tasks. These include tying an egg into invisible knots and carving a boat from fragments of her spindle. With the aid of his immense magic, Väinämöinen succeeds in accomplishing most of the tasks. Yet ultimately, evil spirits intervene and initiate an accident in which he injures himself with his ax. Wounded and deflated, Väinämöinen abandons his efforts and continues on his journey alone.

Sibelius’ tone poem begins with the desolate gloom of a nordic landscape. A soulful, chant-like melody in the solo cello is soon joined by the bassoon, distant rumbles in the timpani, and other murky, brooding voices. Soon, we are swept into the exhilarating forward motion of Väinämöinen’s sleigh. The journey is interrupted by the shimmering transcendence of the mystical vision. (There have been suggestions that a musical depiction of the maiden’s mocking laughter inspired the iconic violin sheiks of Bernard Herrmann’s film music for the Psycho “shower scene”). The final bars of Pohjola’s Daughter fade away into the frigid landscape. Wispy strands of sound rise and evaporate and are followed by three ominous tones in the low strings, which step up from G to A to B-flat and then trail off. The tonal center dissolves. The dramatic events of the story take the form of a strange, fleeting vision.