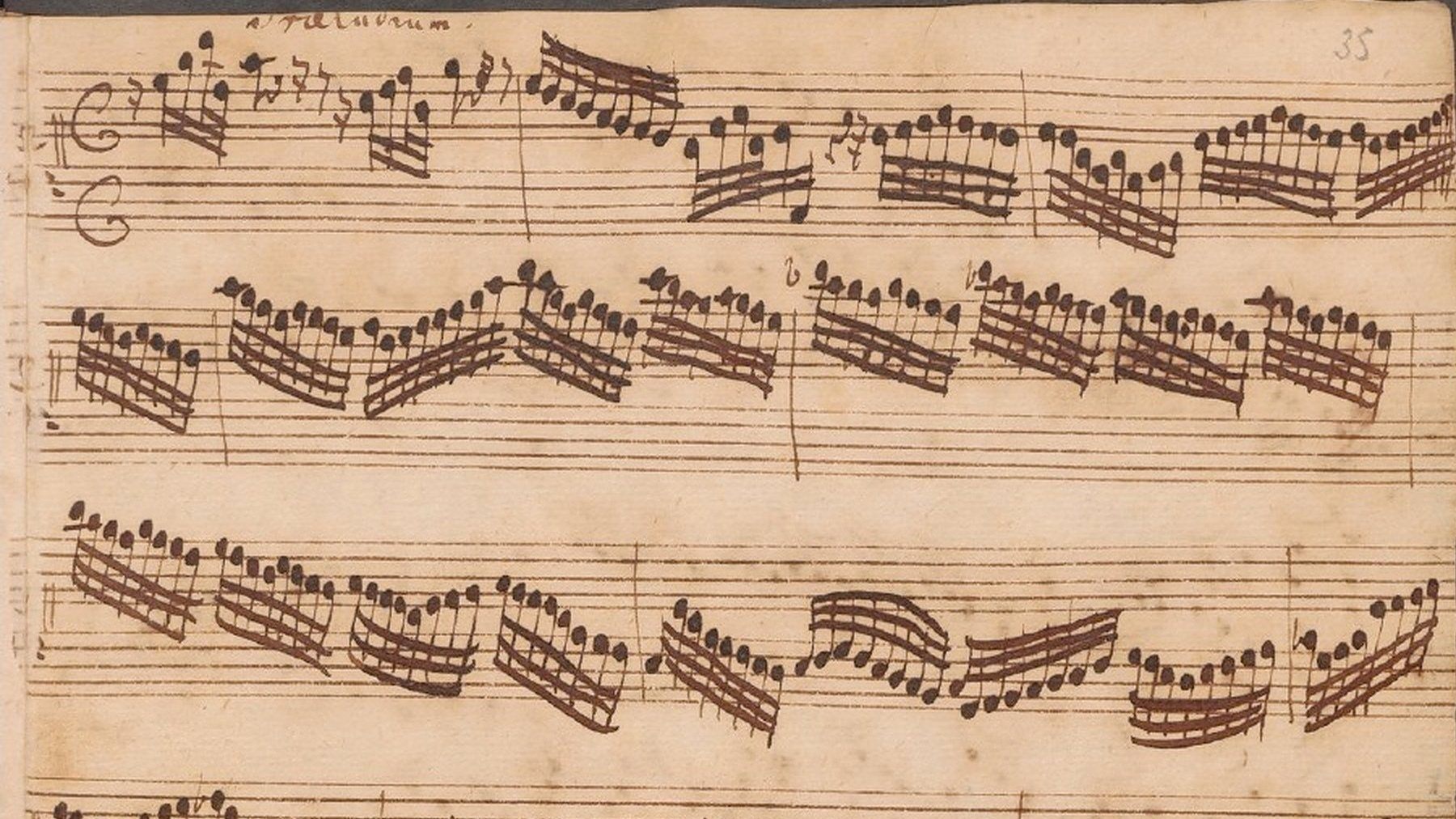 In the autumn of 1705, the 20-year-old Johann Sebastian Bach took a four month leave from his position as organist in the German town of Arnstadt and set out on foot for Lübeck, nearly 300 miles to the north. The purpose of the arduous journey was to visit the famous organist and composer, Dietrich Buxtehude (1637–1707).

Buxtehude’s musical influence can be heard in Bach’s Toccata, Adagio, and Fugue in C Major, BWV 564. The work for organ was probably composed between 1710 and 1717 during the time Bach was employed in Weimar. The opening Toccata features a virtuosic pedal solo which is based on a similar passage in Buxtehude’s Prelude in C Major, BuxWV 137. Yet in Bach’s hands, Buxtehude’s initial seed is expanded into “the longest known pedal introduction.”

The Toccata begins with a sense of rhetorical flourish. As improvisatory fragments are presented and slowly assembled, tension mounts. The pedal solo delivers the suspense of a tightrope act. Then, suddenly, the music launches into motion and all of the motivic threads are spectacularly developed. For some listeners, this movement suggests the “solo” and “tutti” dialogue of a concerto.

Set in the minor, the Adagio unfolds with a lamenting melody, punctuated by wrenching Neapolitan sixths. This quietly passionate aria is propelled forward by a persistent walking bass line. In its final moments, the Adagio drifts off into a single, searching musical line. A concluding Grave section brings dense dissonances and a sense of mystery.

The subject of the sunny Fugue appears as a new rhetorical fragment. Set in 6/8 time, this music unfolds as a joyful and exulted dance. The final cadence drifts away quietly, with a smile.

This 2014 performance from the Netherlands Bach Society features the organist, Reitze Smits, performing at St Jacob’s Church in Leeuwarden:

Featured Image: the opening of BWV 564 in an early manuscript copy by Johann Peter Kellner