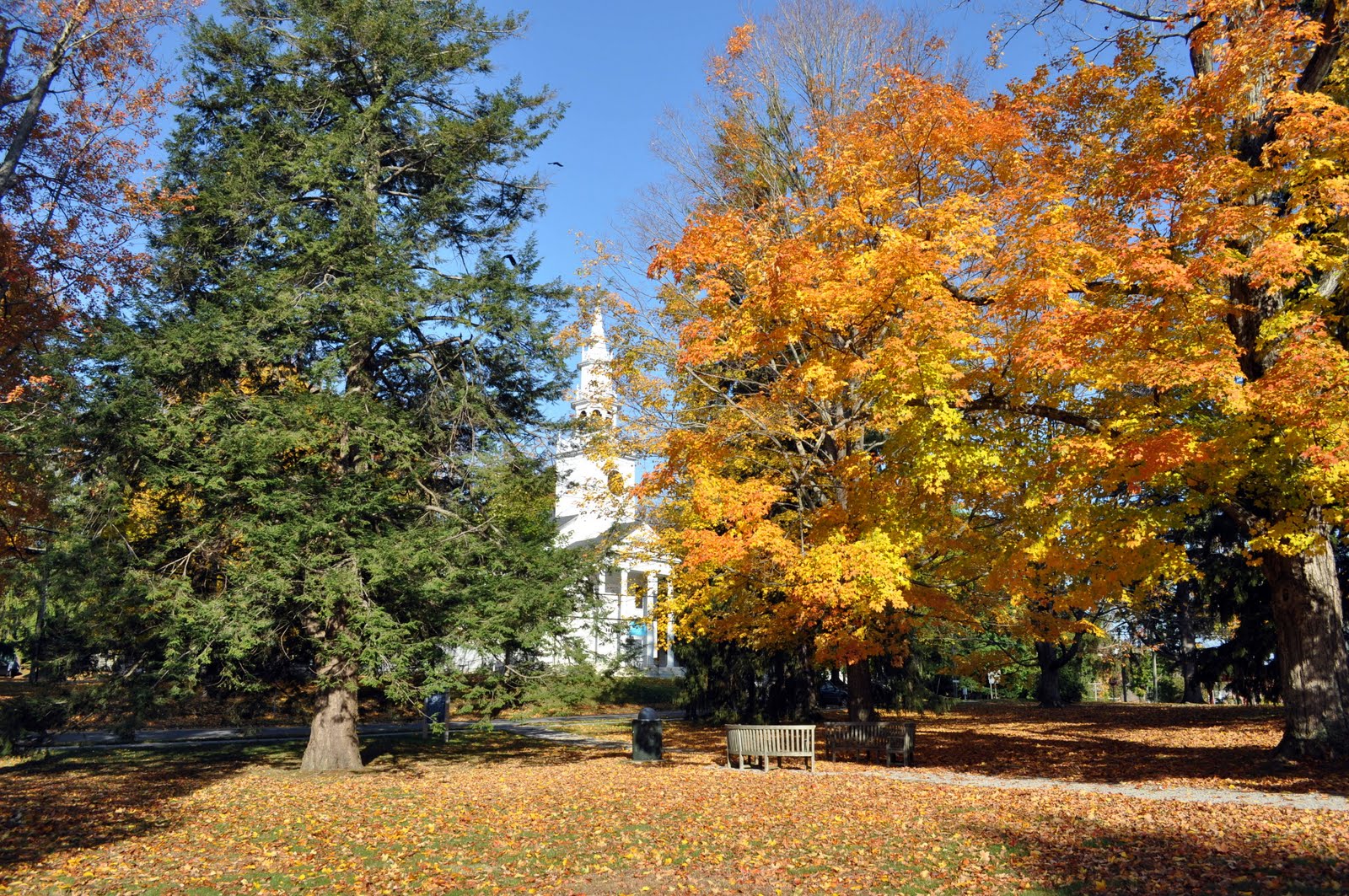 In the virtual isolation of early twentieth century New England, an organist and insurance salesman named Charles Ives (1874-1954) was imagining shocking and innovative new music. Ives created atmospheric collages of sound. He poured fragments of American folk songs and other material into a musical melting pot to create an exciting cacophony. Much of his music became widely known only decades later when other composers embraced similar techniques.

Previously, we listened to Thanksgiving and Forefathers’ Day from Ives’s Holidays Symphony. Now let’s hear The Unanswered Question, written in 1908 and later revised. Ives described this piece as a “cosmic landscape.” As you listen, pay attention to three distinct and independent musical layers: the strings, the trumpet and the woodwinds. Which voice do you think is asking the question? What is the response? What do you think the question might be? What feelings does the music evoke?

I grew up listening to this great recording with Michael Tilson Thomas and the Chicago Symphony. Close your eyes and become one with the sound, giving the music your full attention:

Three simultaneous but contrasting realities exist in The Unanswered Question. The strings remain placid and unchanging throughout the piece with chorale-like music built on triads. The trumpet enters with an atonal statement which emerges from a completely different sound world. The woodwinds react, at first calmly and then with increasing agitation.

There are several ways of interpreting the question and its response and I would be interested in hearing your thoughts in thread below. The trumpet may be asking “The Perennial Question of Existence,” as Ives wrote. The woodwinds may be saying, “I don’t know!” with increasing impatience. Or maybe, as Ives suggests they begin to realize the futility of the question and start to mock it. The strings represent an eternal and unchanging reality. In the end, the question remains. It’s stated one final time by the trumpet as the strings’ G major chord fades into eternity.

These lines from Ralph Waldo Emerson’s 1841 poem, “The Sphinx” may have inspired Ives:

Thou art the unanswered question;
Couldst see thy proper eye,
Always it asketh, asketh;
And each answer is a lie.
So take thy quest through nature,
It through thousand natures ply;
Ask on, thou clothed eternity;
Time is the false reply.

From the Steeples and the Mountains

Here’s another interesting piece by Charles Ives. In From the Steeples and the Mountains Ives musically depicts the glorious cacophony of church bells ringing out from various steeples and then echoing off the mountains. Listen to the way Ives creates a collage with layers of sound. You may also hear echoes of Taps. This is from a recent recording by Michael Tilson Thomas and the San Francisco Symphony:

Like Charles Ives, contemporary American composer John Adams (b. 1947) traces his roots to New England. Adams’s Christian Zeal and Activity seems to pay homage to The Unanswered Question, although it ends up going in a different direction. Adams uses the hymn tune, Onward , Christian Soldiers, but slows it down and alters it in a way similar to Ives. In an interview with Edward Strickland (American Composers: Dialogues on Contemporary Music, pg. 185) Adams explains:

In any hymn the voices tend to move in blocks, so I went in and unhinged the hasps and let the four voices float in a dreamlike space so that they only rarely come together, and the effect was very beautiful. At moments it almost sounded like some unwritten Mahler adagio. I didn’t mean it to, but it just ended up sounding that way.

Above these string lines, we hear the taped voice of an evangelist. Adams cuts up the tape and repeats fragments. His emphasis is on the expressive sound of the voice rather than the meaning. Listen to Christian Zeal and Activity and consider the ways it reminds you of the Ives. What emotional impact is created by the seemingly disparate combination of the strings and the recorded voice?

This is the San Francisco Symphony, conducted by Edo de Waart:

2 thoughts on “The Unanswered Question”