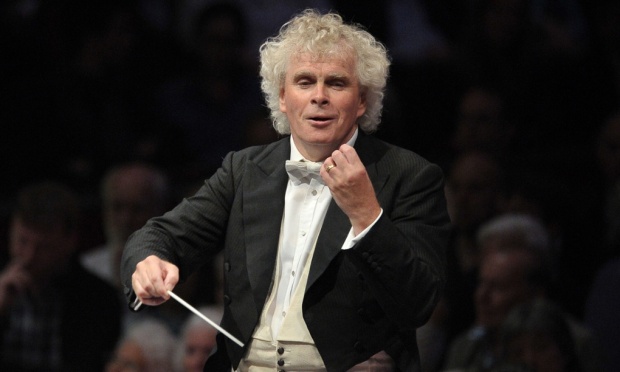 Recently, some the world’s top conductors have been playing a game of musical chairs. Early last month it was announced that Alan Gilbert will step down in 2017, following eight seasons as Music Director of the New York Philharmonic. Christoph Eschenbach will be leaving his post at the National Symphony. Yesterday, we learned that Sir Simon Rattle will take the helm at the London Symphony Orchestra in 2017. He talks about the appointment here. Kenneth Woods has some interesting thoughts about Simon Rattle and the culture of celebrity in classical music. In the 1980s and 90s, Rattle rose to international prominence as principal conductor of Britain’s City of Birmingham Symphony. He has been leading the Berlin Philharmonic since 2002.

The anticipation of a new Music Director is an exciting time for any orchestra. It’s a time when it’s easy to sense new possibilities, renewal and growth, and an infusion of fresh artistic energy. An incoming Music Director’s honeymoon usually follows a long period of “courtship” as a guest conductor. Both the conductor and the orchestra have to make sure the chemistry is right.

As Sir Simon Rattle prepares to return to his English roots, let’s listen to a recording from his days in Birmingham. Here is Ralph Vaughan Williams’ ethereal “pastoral romance for orchestra,” The Lark Ascending. Nigel Kennedy plays the violin solo: