Earlier in the week, a Listeners’ Club reader sent me a fascinating and rare slice of American violin history. Below is music critic Russell McLauchlin’s profile of a 35-year-old Joseph Gingold which appeared in the Detroit Jewish News on December 8, 1940. Gingold had just left Toscanini’s NBC Symphony in New York to become concertmaster of the Detroit Symphony. Within a few years, he would go on to hold the same title with the Cleveland Orchestra under George Szell. Later, Gingold would join the faculty of Indiana University, building a reputation as one of the most influential violin teachers of the twentieth century. (Hear a sample of Gingold’s recordings in past Listeners’ Club posts).

McLauchlin’s profile gives us a sense of Gingold’s humanity and the warm, respectful and collegial atmosphere he fostered within the Detroit Symphony violin section. Most notably, we see his generosity and passion for teaching: he opened his home to weekly coaching sessions for younger and less experienced members of the section. A true leader brings the team together to accomplish a common goal, allowing everyone to produce their best work. In this regard, Josef Gingold provides a fine example.

Thank you to photographer Herman Krieger, who took the story’s photo of Gingold and his son, for sharing this old news clip. Click on the image and click again in the top right corner to make it larger: 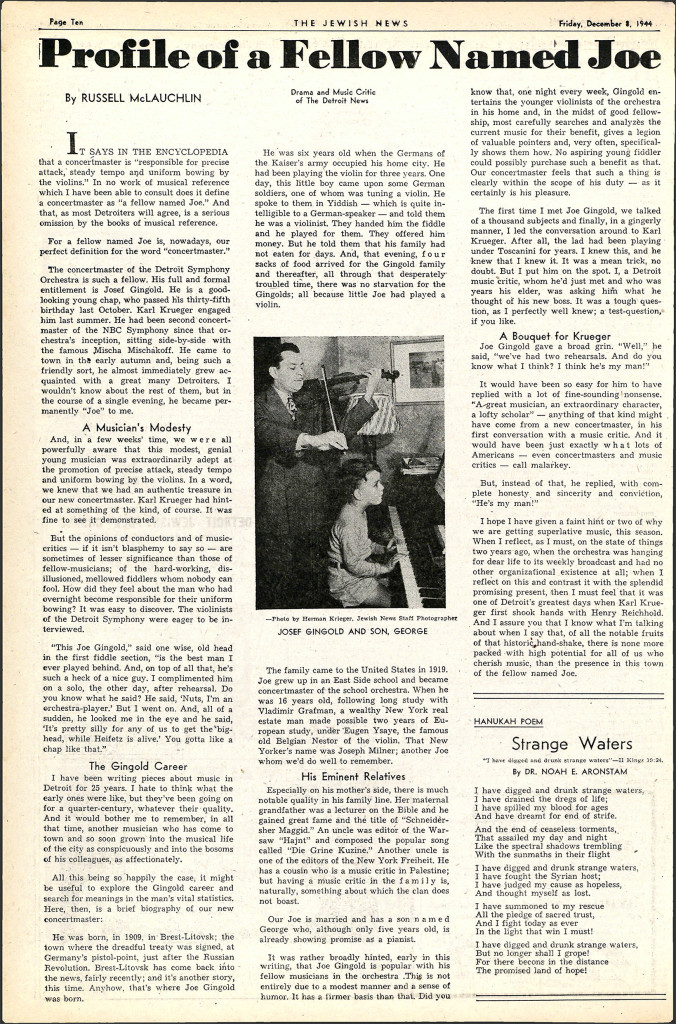 Here are a few of Josef Gingold’s recordings: