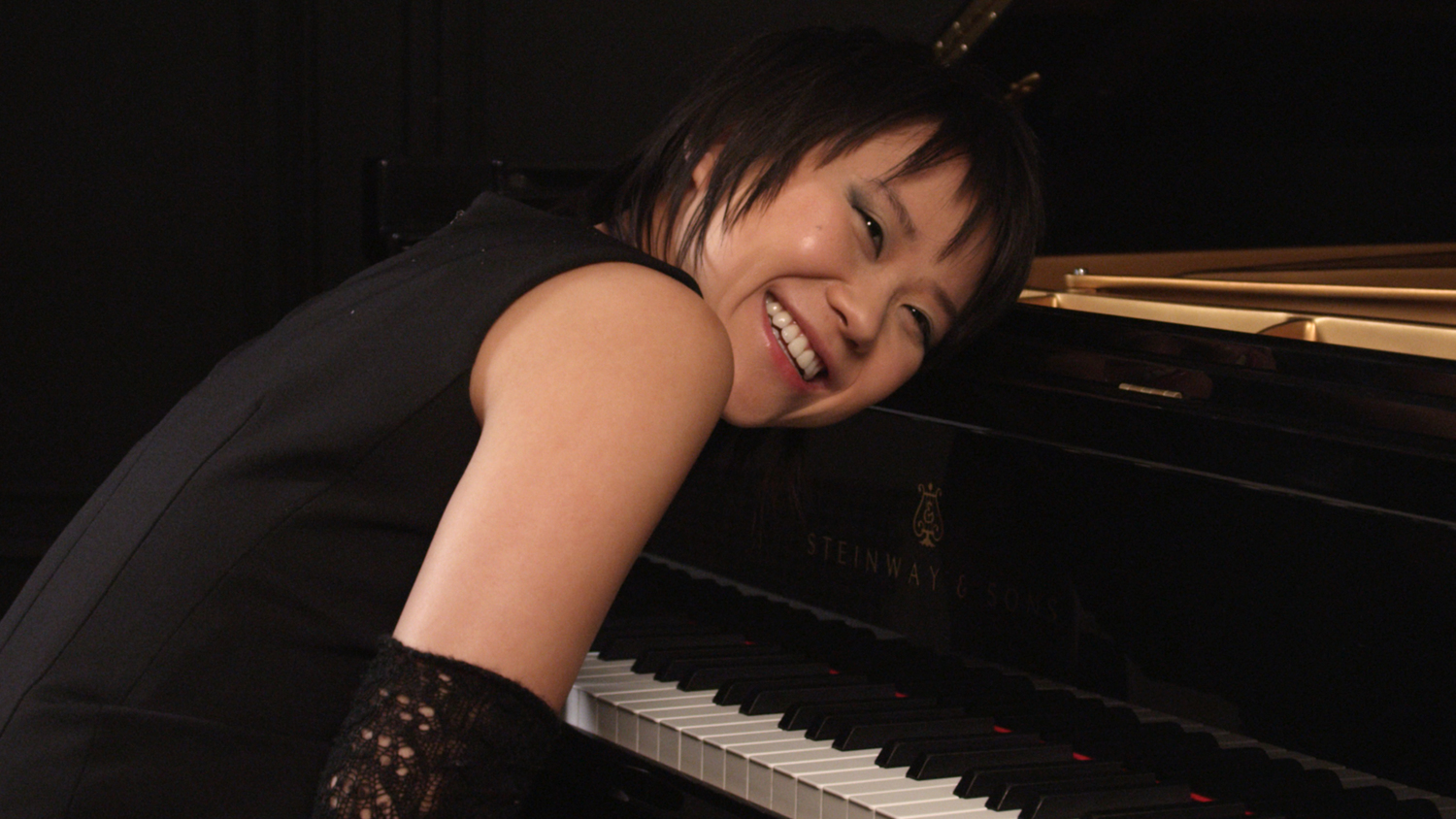 Following a brief vacation, Chinese pianist Yuja Wang gets back to work this week. She’ll bring two Bartok piano concertos to Rochester, New York: the First Concerto tomorrow night, and the Third on Saturday, with the Rochester Philharmonic Orchestra.

Recently, I ran across her spectacular performance of another twentieth century masterwork: Sergei Prokofiev’s Piano Concerto No. 3. The clip below features Wang’s performance with Claudio Abbado (her frequent collaborator) at the 2009 Lucerne Festival. In this interview, conducted shortly after Abbado’s death in 2014, Yuja Wang shares an anecdote about Abbado’s detailed insights into the Prokofiev Third.

Prokofiev completed this concerto in 1921 and performed the premiere the same year with the Chicago Symphony. A 1932 recording with the London Symphony Orchestra is the only existing recording of Prokofiev performing one of his own concertos. There’s a mercurial quality to this music which always keeps us off guard. In the opening of the first movement, the piano enters with an exuberant, playful splash of sound. The piano and orchestra dance as equal partners throughout. Later in the movement, we find ourselves back where we started, with a return of the simultaneously sensuous and lamenting opening theme. A few moments later, the music takes a sudden turn into the kind of haunting, magical, and otherworldly landscape unique to Prokofiev. Something similar, but more prolonged, happens at the end of the First Violin Concerto as violin and orchestra dissolve into these dreamy, technicolor final bars.

The second movement features a series of variations on a quirky, perhaps even sarcastic gavotte. (You might be reminded of the third movement of the “Classical” Symphony). I love the way this theme takes a few surprising harmonic turns before arriving back home. As the variations unfold, multiple personalities emerge throughout the orchestra. Listen to the humor in this passage, where clumsy, slightly ferocious jollity gives way to a brief, innocent interjection by the woodwinds. This is followed by the haunting mystery and lonely horn calls of the following variation. Who would have thought that this simple, seemingly well behaved gavotte could generate this much aggressive energy (notice the John Adamsesque pulses in the woodwinds) before slyly returning to its well-behaved opening, as if nothing happened?

Prokofiev described the third movement as an “argument” between soloist and orchestra. You can hear some of this musical yin and yang in this passage, where a soaringly romantic theme is followed by this bizarre and indifferent response in the piano. Both worlds come together a few moments later in this dreamlike passage.