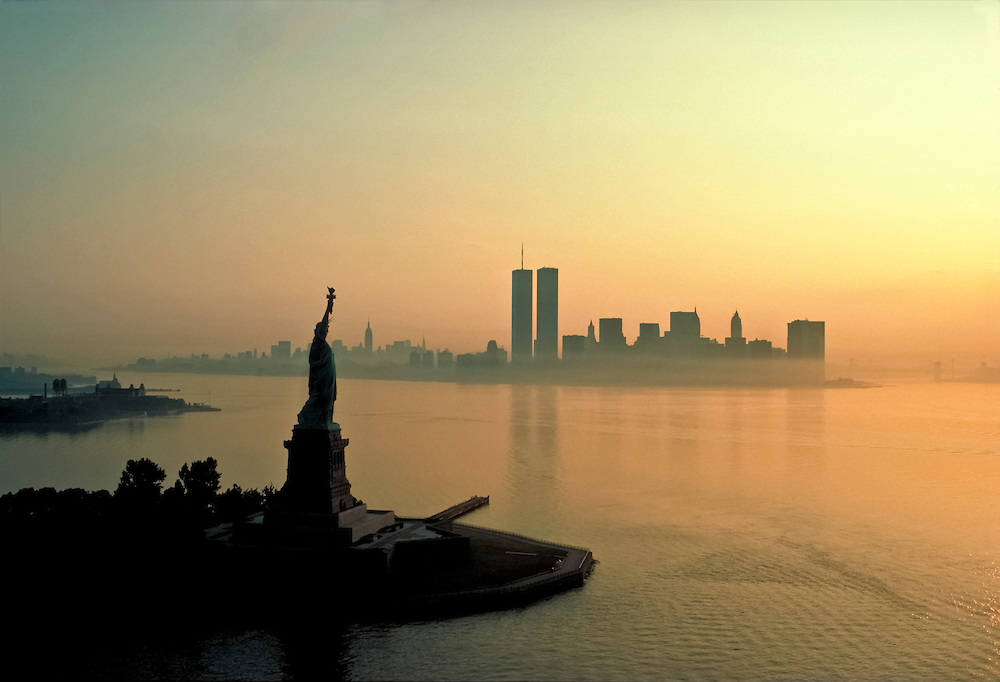 Sunday marks the fifteenth anniversary of the September 11, 2001 terrorist attacks. If you’re old enough to remember that day and the numbing weeks which followed, the details of your life at that time, both consequential and trivial, are probably seared into your memory. For me, the horrific events of 9/11 followed on the heels of my successful audition for the Richmond Symphony. On that warm, clear Tuesday morning, I had just returned home to Rochester, New York. I had intended to put in a productive day of practicing- something I enjoyed doing immediately following an audition. Instead, like many, I was glued to the TV for the rest of the day.

During that week, orchestras, poised to start their subscription seasons, struggled with decisions regarding canceling their opening concerts. Almost all went ahead and performed, scrambling to make last-minute changes to programs in an effort to find the music that would speak most profoundly to the raw emotions of the time. These concerts, presented in the immediate aftermath of the attacks, became powerful, and often comforting, communal events.

On the Transmigration of Souls

Shortly after 9/11, John Adams was commissioned to write a work for orchestra in response to the tragedy. On the Transmigration of Souls was scored for orchestra, chorus, and pre-recorded tape. The bright, clear purity of a children’s choir augments the chorus. On the Transmigration of Souls was premiered by the New York Philharmonic on September 19, 2002 and won the 2003 Pulitzer Prize for Music. The piece opens and closes with New York street sounds on a normal day- a soothing sonic canvas which is always present, but often ignored. On the morning of September 11th, a normal day was disrupted, but here we get a sense of the ultimate continuity of life. Recorded voices intone the names of the dead. As the orchestra emerges, we hear vague, dreamlike references to Charles Ives’ The Unanswered Question. Strands of Ives’ eternal string lines merge with that famous questioning trumpet call. The notes aren’t exactly the same, but we still sense the spirit of The Unanswered Question. At the same time, these strands of vaguely familiar voices remain hazy and distant, mixed with other floating spirits.

Adams did not conceive of this piece as a requiem or memorial. Instead, as the title suggests, it’s about movement or transition from one state of being to another. Adams considers the work to be a “memory space” and describes the music in architectural terms:

My desire in writing this piece is to achieve in musical terms the same sort of feeling one gets upon entering one of those old, majestic cathedrals in France or Italy. When you walk into the Chartres Cathedral, for example, you experience an immediate sense of something otherworldly. You feel you are in the presence of many souls, generations upon generations of them, and you sense their collected energy as if they were all congregated or clustered in that one spot. And even though you might be with a group of people, or the cathedreal itself filled with other churchgoers or tourists, you feel very much alone with your thoughts and you find them focussed in a most extraordinary and spiritual way.

As the collage of sound which makes up this piece emerged, Adams was reminded of the snowfall of white papers which fell from the burning towers- each a part of the fabric of the city’s life.

John Corigliano’s four-movement song cycle for mezzo-soprano and orchestra was commissioned by the New York Philharmonic and Shanghai Symphony Orchestra to mark the tenth anniversary of the attacks. The texts are drawn from an eclectic mix of poetry: The first movement, A Song on the End of the World, is taken from the work of Polish poet, Czesław Miłosz. The second movement, Patroclus, which opens with military bugle calls and battle drums, is set to a portion of Homer’s Iliad. The third movement, War South of the Great Wall, is a setting of a poem by the eighth century poet, Li Bai. The final movement, One Sweet Morning, is an anti-war ode by the American poet and lyricist, Yip Harburg. Corigliano writes that it “ends the cycle with the dream of a world without war – an impossible dream, perhaps, but certainly one worth dreaming.”

With this final song, One Sweet Morning fades into a comforting, dreamlike serenity:

A Decade of Music Responding to 9/11

Here is a partial list of additional memorial pieces written in the years following September 11:

The architecture critic Paul Goldberger has called the World Trade Center “the first skyscraper martyrs.” He writes eloquently about how the buildings, initially regarded as banal and insensitive, came to be viewed as an intrinsic part of the skyline- pieces of “minimalist sculpture” which played off of each other, changing color as the light hit in different ways. These giant markers showed up on the horizon in unexpected places, offering a point of context within the city. Depending on the perspective, they could blend into one tower, or dance as twins. They stood as simultaneously bold and serene sentinels at the mouth of the Hudson River and the entrance of New York harbor. In the light of the setting sun, they appeared as “the golden door.”

The newly-built World Trade Center provided a dramatic backdrop for the flying scene in the 1978 film, Superman. In those days, New York was regarded as dirty, dangerous, and in decline. But this scene seems to offer an escape from all of that- a different perspective in which the city becomes a magical land of shimmering lights. John Williams’ music is filled with upward sweep and glistening, light-filled sounds: