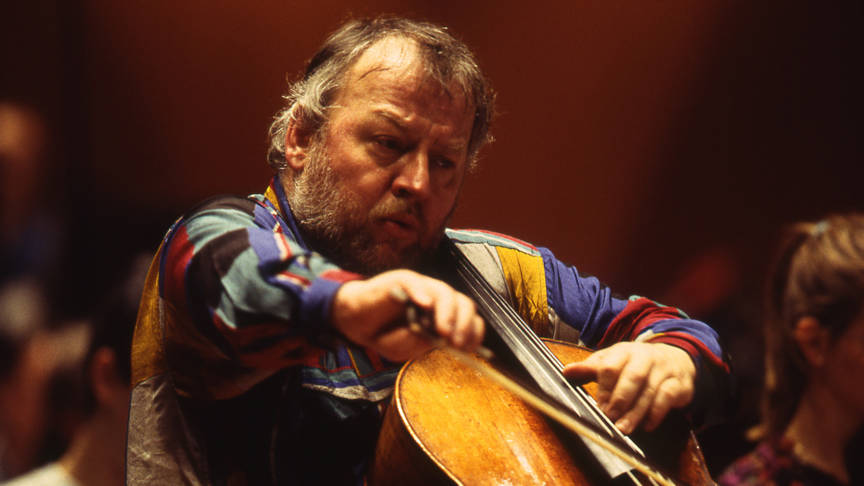 The world-renowned Austrian cellist and conductor Heinrich Schiff passed away on Friday. He was 65.

Schiff leaves behind an extensive recorded legacy, including cello concertos of Vivaldi and Haydn, the Brahms Double Concerto with violinist Frank Peter Zimmermann, and the Shostakovich Cello Concertos, conducted by Maxim Shostakovich (the composer’s son). In 1971, he gave one of the earliest performances of the haunting Cello Concerto by twentieth century Polish composer Witold Lutoslawski.

Heinrich Schiff will be remembered, also, for his spectacular 1985 recording of J.S. Bach’s six solo Cello Suites. This is music he credited with saving his life, following a 2008 stroke. Cellist Steven Isserlis told the story in a Slipped Disc interview last year:

One story that he told me really struck home. I was complaining (as usual) about the pressures of performing the Bach suites. He looked at me, and said quietly: ‘Bach saved my life.’ I asked him what he meant; and he told me that a few years ago, he had a serious stroke, and was in danger of losing all mobility on his left side. As soon as he got to hospital, and realised what was happening, he started (almost instinctively, I imagine) to go through the fingerings of the Prelude to Bach’s first suite, moving his fingers ceaselessly to the imaginary music. He did this for about 20 hours a day, he thinks; and gradually his whole body came back to life, powered by those fingerings. It is an amazing story (and he said he was happy for it to be generally known).

Today you would never guess that he could have been half-paralyzed, possibly even incapable of speech – or worse. The miracle of Bach – and of Heinrich.

In terms of finger coordination and mental agility, this may be some of the most digital music ever written. But listening to the opening Prelude from Suite No.2 in D minor, I was struck by the singing, tunefulness of Schiff’s playing:

The Prelude from Suite No.4 in E flat is a celebration of harmony and vivacious drama:

Listen to the voices and fun-loving sense of dance which emerge from the Fourth Suite’s Bourrée 1 and 2: