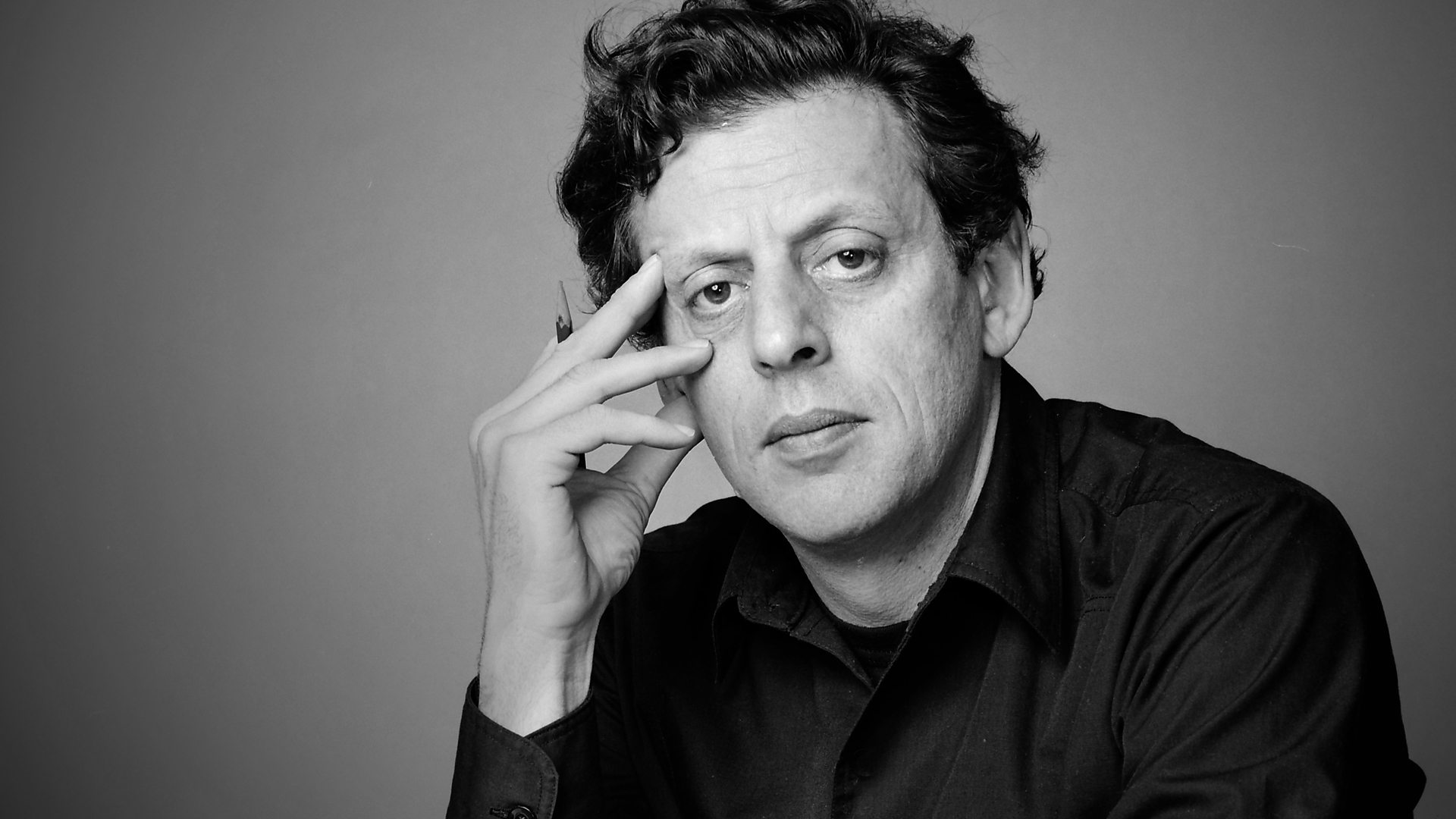 Along with Steve Reich, Terry Riley, and La Monte Young, Philip Glass was a leading voice in the American minimalist movement which emerged in the late 1960s and 70s. His music from this period, which includes the gradually unfolding Music in Similar Motion (1969) and the nearly four hour-long  Music in Twelve Parts (1970-74), displays a sparse, experimental edginess. All music unfolds in time, but Glass’ early minimalism gives us an equally powerful sense of time flowing through music. In subsequent years, what Philip Glass describes as “music with repetitive structures” has seeped into the wider culture. At the same time, Glass has become one of the most famous and popular contemporary composers- a cultural icon who was even spoofed in a 1999 episode of South Park. Drama is central to much of Philip Glass’ work. He has written fourteen operas (beginning with the 1975 Einstein on the Beach) and numerous film scores, including The Thin Blue Line (1988), Kundun (1997), The Truman Show (1998), and The Hours (2002).

At first glance, Philip Glass’ music seems to be constructed of simple musical building blocks, like endlessly interlocking arpeggios. But, for me, one of the most fascinating aspects of this music is the way the rhythmic “feel” often shifts in surprising ways. For example, listen to the second Act of the 1982 music theater piece, The Photographer. It’s music which opens with a single arpeggiated line. But notice how our perception of the rhythm (the strong and weak beats) is completely disrupted as the other voices enter. As the movement develops, listen to the way new episodes enter, taking up musical “space,” creating the impression of the gradual expansion of time.

The Photographer is based on the homicide trial of the nineteenth century photographer, Eadweard Muybridge, whose photographic studies of motion inspired early motion-picture projection. There seem to be interesting parallels between Muybridge’s 1878 series, The Horse in Motion and the repetitive motion of Glass’ music. Shortly after The Photographer premiered, the art critic Robert C. Morgan wrote:

[Muybridge’s photographs] are capable of eliciting an emotional response, a particular sensitivity. It is, perhaps, in this spirit that Philip Glass chose to work with these images as signifiers of time, specifically modular time, the kind of tempo that connects with a Structuralist sensibility or raison d’être.

Here is The Photographer:

Something equally interesting happens in this music from the end of Glass’ film score for The Hours. The beginning of this excerpt sets up a feeling of both “three’s” and “two’s.” But listen to the completely new, competing “groove” which begins at 1:23. It feels dizzying, as if two rhythmic meters have been superimposed on each other:

In a 1980 interview, Glass talked about the challenges of playing his own music on a keyboard, something he did frequently on tour with his band, the Philip Glass Ensemble:

The difficulties in my music are in the metrics. You have to be able to play in five in one hand and four in the other. Or, what regularly happens in my music is that I’ll set up a recurring meter of three in one hand and a cycle of meters in the other, so that against the three you’ll have nine, eight, six, five, four, three, four, five, six, eight, nine, and twelve, all worked out so that they fit the basic cycle of three, but nevertheless require a good rhythmic feeling to carry them off.

The 1982 album, Glassworks helped to popularize Philip Glass’ music with a wider audience:

Here is the second movement of Glass’ String Quartet No. 2 “Company,” performed by Gidon Kremer and Kremerata Baltica: