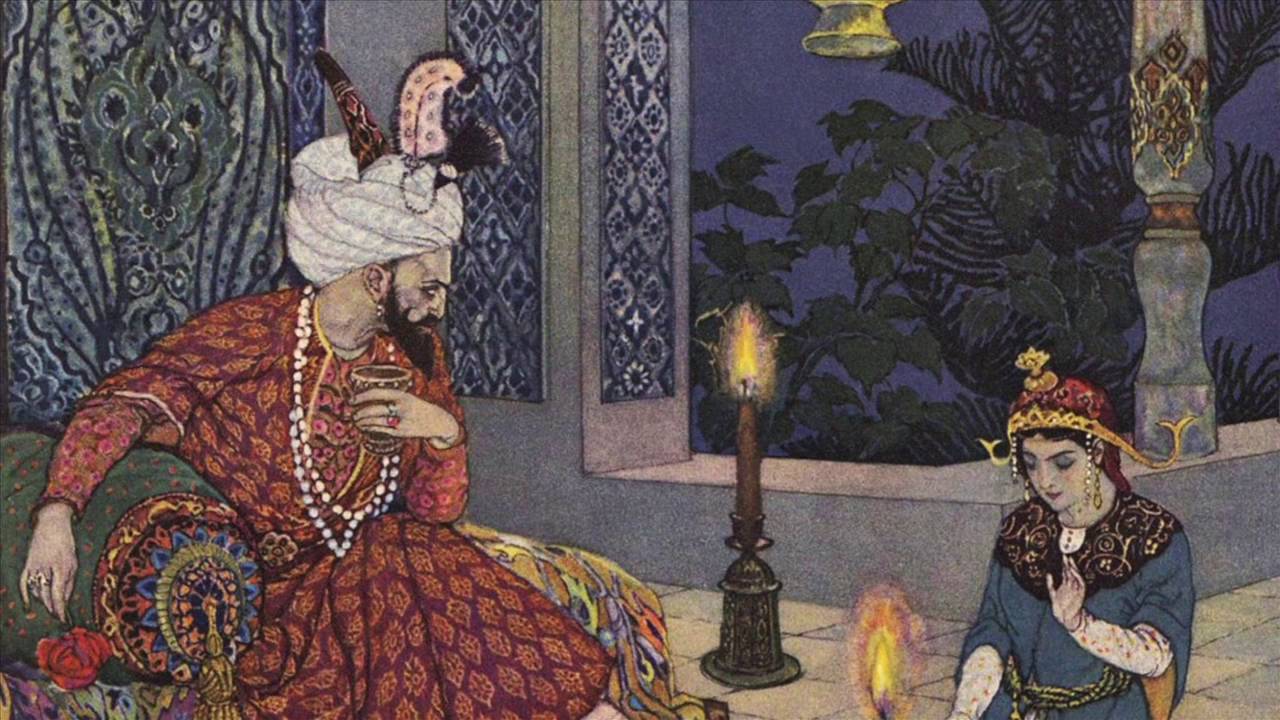 In Monday’s post, we explored the warm, instantly-recognizable sound of the Philadelphia Orchestra during its golden age under the tenure of music directors Leopold Stokowski and Eugene Ormandy. As a follow up, here is a 1978 concert performance of Scheherazade by the Russian Romanticist, Nikolai Rimsky-Korsakov (1844-1908).

The symphonic suite, based on The Arabian Nights, is filled with shimmering colors (Rimsky-Korsakov was one of music history’s most innovate orchestrators) and “exotic” Eastern sounds (the opening brass motive outlines the whole tone scale: E-D-C-B-flat). Rimsky-Korsakov’s program notes outline the story:

The Sultan Schariar, convinced that all women are false and faithless, vowed to put to death each of his wives after the first nuptial night. But the Sultana Scheherazade saved her life by entertaining her lord with fascinating tales, told seriatim, for a thousand and one nights. The Sultan, consumed with curiosity, postponed from day to day the execution of his wife, and finally repudiated his bloody vow entirely.

Scheherazade opens and closes with a progression of chords which might remind you of the bookends of Mendelssohn’s Overture to A Midsummer Night’s Dream- the musical equivalent of a rising and falling curtain. In the first and last movements, we hear the rocking waves around the ship of Sinbad the Sailor. Throughout the suite’s four movements, Scheherazade’s leitmotif returns in the solo violin, played here by Norman Carol, the Philadelphia Orchestra’s concertmaster from 1966 to 1994.

I’ll have more thoughts on this amazing piece in a future post. For now, take a moment and enjoy this soulful performance. The sonorous warmth of the strings is particularly evident in the lushly melodic third movement (The Young Prince and The Young Princess). Notice the way Ormandy’s rounded gestures unleash a rich, freely vibrant sound. Also, notice the way he seems to communicate and focus the energy of the music with a supreme sense of control and restraint.

Enjoy, and have a Happy Thanksgiving!

1 thought on “Rimsky-Korsakov’s “Scheherazade”: Eugene Ormandy and the Philadelphia Orchestra in Concert”