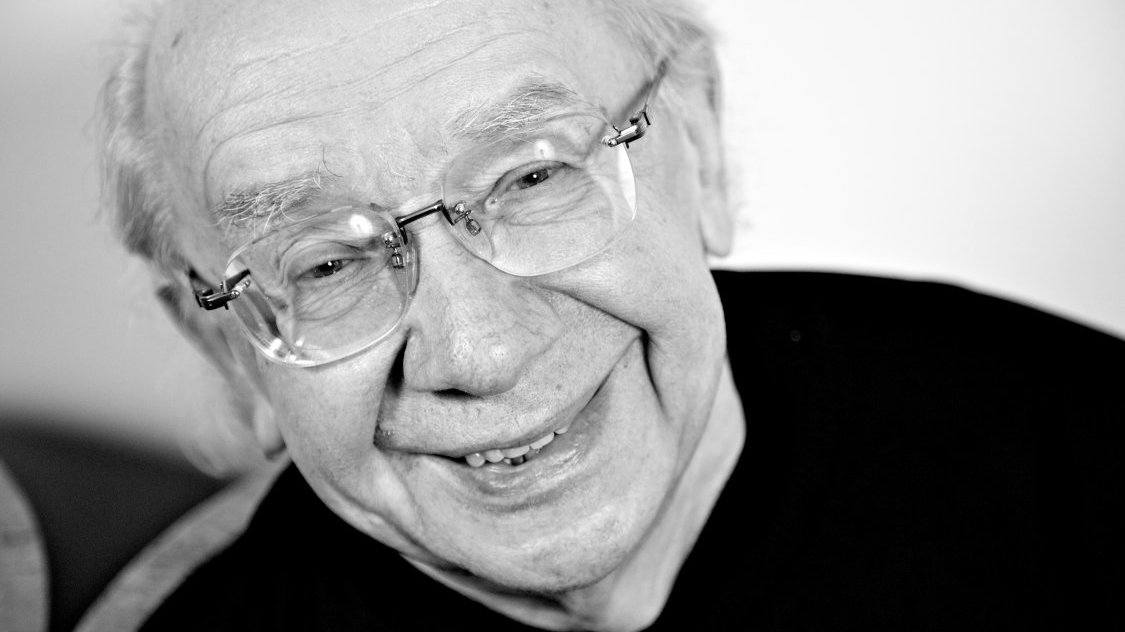 The esteemed Russian conductor Gennady Rozhdestvensky passed away last Saturday. He was 87.

Following studies at the Moscow Conservatory, Rozhdestvensky made his conducting debut at the age of 20 at the Bolshoi Theatre with Tchaikovsky’s The Nutcracker. He went on to lead the BBC Symphony Orchestra (1978-1981), the USSR Ministry of Culture Orchestra (1983-1991) and the Royal Stockholm Philharmonic (1992-1995), among other ensembles.

Rozhdestvensky will be remembered for his associations with some of the twentieth century’s most important composers, from Shostakovich to Alfred Schnittke and Sofia Gubaidulina. In 1974, he gave the premiere of Schnittke’s sprawling Symphony No. 1, a work in which multiple styles and fragmented musical quotes form a vast sonic collage. He conducted the world premiere of the original version of Prokofiev’s opera, The Gambler as well as the  Russian premiere of Benjamin Britten’s A Midsummer Night’s Dream. Additionally, he recorded a number of complete ballet scores including Tchaikovsky’s Swan Lake and The Sleeping Beauty, and Prokofiev’s Romeo and Juliet and Cinderella. In the 1970s, he revived Shostakovich’s satirical opera, The Nose.

Clear baton technique and a disdain for over-rehearsing were trademarks of Rozhdestvensky’s conducting style. He once said, “The point of rehearsal is to put together the concert, not to give the concert.”

Here is a brief sample of recordings by Gennady Rozhdestvensky:

The Fourth Symphony forms a deep and haunting corner of Shostakovich’s compositional output. It calls for a massive orchestra of over a hundred musicians, including two harps and two tubas. Completed in 1936, it was withdrawn before a planned premiere in Leningrad due to Stalin’s opposition. Indeed, the Fourth Symphony feels like “dangerous” music. It’s filled with cries of anguish. In some moments, it must qualify as some of the most shockingly violent music of the twentieth century. There are echoes of the music of Mahler. For example, the lower strings in this passage quote a similar passage in the Scherzo of Mahler’s First Symphony.

Rozhdestvensky gave the Western premiere of the Fourth Symphony at the 1962 Edinburgh Festival. Here is his Philharmonia recording:

This recording with the London Symphony Orchestra comes alive with an incredible dramatic power and brooding pathos. From the first movement’s fateful opening fanfare to the scurrying pizzicato of the Scherzo, to the swirling celebration of the Finale, it’s hard to imagine a more exciting or dynamic Tchaikovsky Fourth:

Rozhdestvensky accompanies David Oistrakh in this incredible live performance of the Tchaikovsky Violin Concerto. As the camera pans to the audience during the final applause, look carefully and you’ll see Shostakovich: