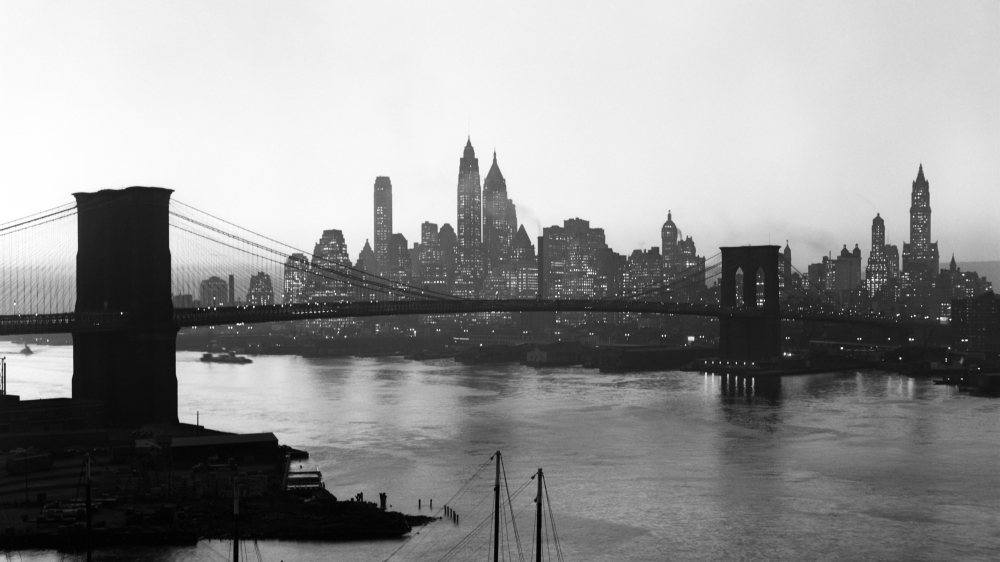 From the moment the action begins, with the sound of a juke box wailing behind the curtain, the ballet is strictly wartime America, 1944. The curtain rises on a street corner with a lamp post, a side-street bar, and New York skyscrapers pricked out with a crazy pattern of lights, making a dizzying backdrop. Three sailors explode onto the stage. They are on twenty-four-hour shore leave in the city and on the prowl for girls. The tale of how they meet first one, then a second girl, and how they fight over them, lose them, and dash off after still a third, is the story of the ballet.

Leonard Bernstein provided these program notes to accompany his score for the 1944 ballet, Fancy Free. Commissioned by the American Ballet Theater, this was Bernstein’s first collaboration with choreographer Jerome Robbins, who would later work on West Side Story. The same year, Fancy Free‘s loose storyline was adapted for the Broadway stage as the musical, On the Town.

All of the jazzy, mixed-meter energy and frighteningly exhilarating cacophony of 1940s New York can be heard in Bernstein’s Fancy Free score. Amid the competing pulses of popular dance styles of the period, including boogie woogie, stride, and swing jazz, are echoes of the music of three of the twentieth century’s most prolific ballet composers- Copland, Stravinsky, and Prokofiev. There are also nods to Gershwin, whose Rhapsody in Blue (another work blending jazz with symphonic music) was completed twenty years earlier. There’s even a Bolero moment in the climax of the Cuban-styled Danzon. It’s as if Bernstein the conductor couldn’t silence all of the scores running through his mind.

The music which plays from the juke box in the opening of Fancy Free is a blues melody, Big Stuff, written by Bernstein. Billie Holiday recorded it for Decca in 1946: