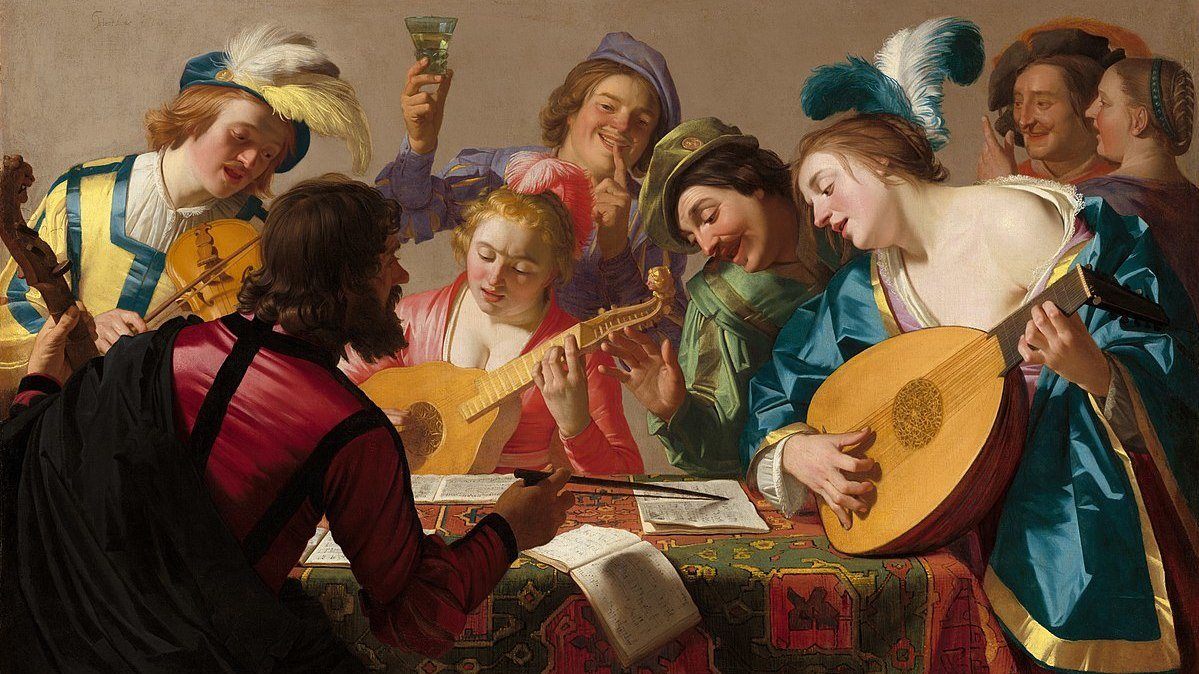 It is believed that the German Renaissance composer, Michael Praetorius, was born on this day in 1571. In a strange coincidence, he died on the same date fifty years later in 1621.

Active as an organist and music theorist, Praetorius was amazingly versatile. He published the four-volume Syntagma musicum, an influential treatise on music history and theory which remains a principal source for knowledge of 17th century music. Among his Lutheran chorale settings is Lo How a Rose E’er Blooming.

Here are four pieces from Praetorius’ Terpsichore, a compendium of more than 300 instrumental dances published in 1612. This is an excerpt from the 2003 album, Danza a stampa del rinascimento europeo, by Accademia del Ricercare. The set opens with the stately beauty of the Balletto. Then comes the bright and lively Spagnoletta. A slower Pavana di Spagna is followed by the jubilant, concluding Volte. No contemporary pop dance music has more “swing” or sense of rhythmic “groove” than the final, swirling bars of this 400-year-old Volte!

The six-part Magnificat per omnes versus super ut re mi fa sol la opens the door to the soaring counterpoint of Praetorius’ sacred choral music. Praetorius often divided his singers into smaller groupings, placed around the church for a multi-phonic effect.

This performance comes from a 1992 album featuring the Huelgas Ensemble, led by Paul Van Nevel: