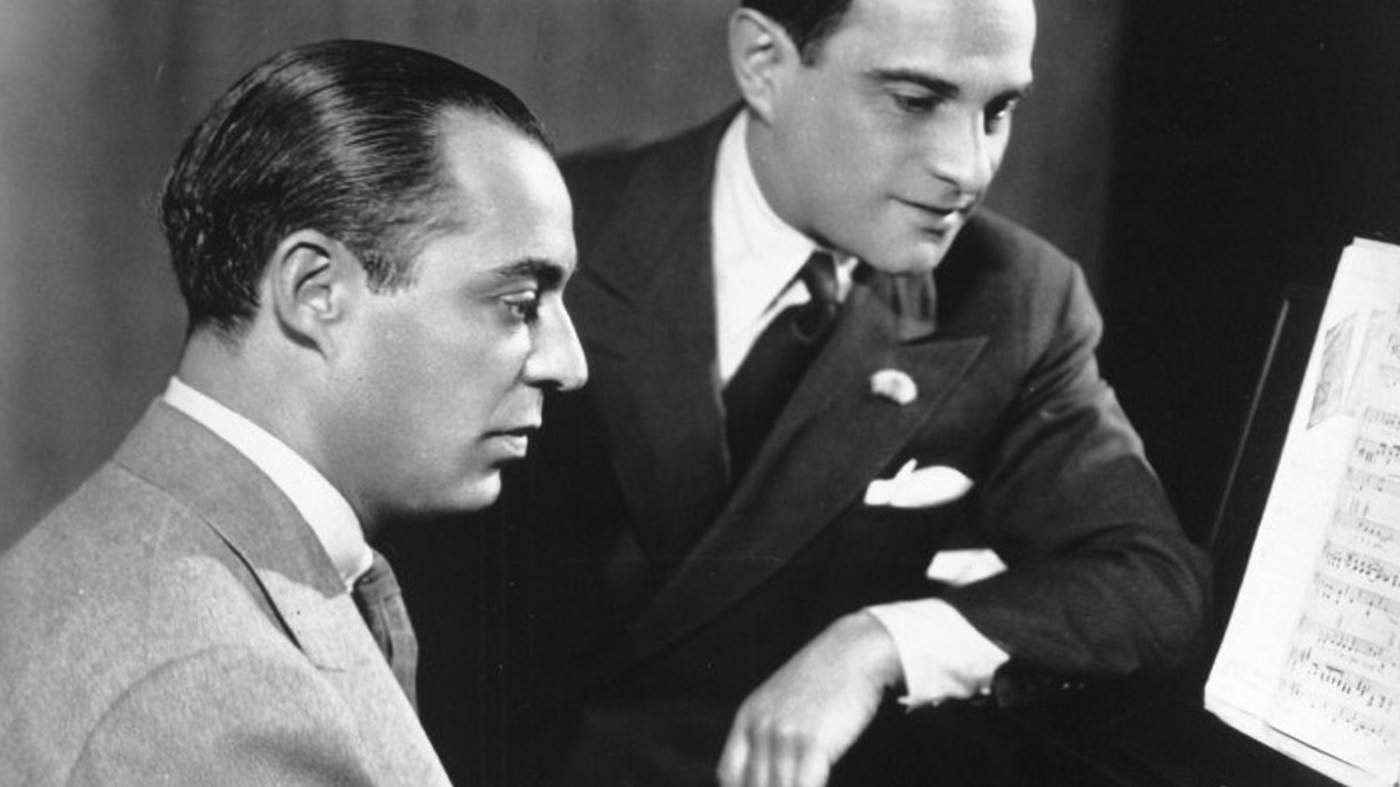 Last week, we celebrated the 117th anniversary of the birth of Richard Rodgers with one of the composer’s piano roll recordings. We discussed the simple, effortless perfection of Rodgers’ melodies and the way his style changed from his work with lyricist Lorenz Hart in the 1920s and 30s to his partnership with Oscar Hammerstein II in the 1940s and 50s. The latter collaboration transformed the Broadway musical from a loose collection of catchy songs into an integrated drama in which the music was essential in furthering the plot and character development.

Today, let’s listen to ten incredible songs written by Rodgers and Hart. Each of these songs has a beautiful, seemingly inevitable melodic structure. Underneath the cleverness and virtuosity of Lorenz Hart’s lyrics there is occasionally a sense of sadness and longing.

The ballad “Where or When” came early in the first scene of the 1937 musical comedy, Babes in Arms. The lyrics are a wistful reflection on the phenomenon of déjà vu. The melody begins as a simple, ascending three-note scale. Listen to the way it establishes these three notes as a “frame” and then reaches one note higher, giving us a sense of striving and wistful, dreamy transcendence.

Babes in Arms also included the haunting and melancholy “My Funny Valentine.” The lyrics offer an example of the loneliness and isolation that often surfaces in Hart’s lyrics. Harmonically, this song is extraordinary. It begins in minor with a descending chromatic bass line. Notice the sense of darkness implied by the dissonance on the first “valentine” (0:44). The movement to the relative major in the bridge section only makes the return to minor and the song’s final resolution more affecting.

“The Lady Is a Tramp”

Another hit song from Babes in Arms is “The Lady is a Tramp,” a swinging list song which takes sardonic aim at the social pretensions of New York high society. Rodgers’ melody includes a distinctive flatted seventh in the second bar. The song has been recorded by everyone from Frank Sinatra and Ella Fitzgerald to Lady Gaga.

“I Could Write a Book”

This ballad came early in the first act of the 1940 musical Pal Joey, one of Rodgers and Hart’s final shows. In the original production it was introduced by Gene Kelly and Leila Ernst. The song represents the manipulative Joey’s pickup line as he attempts to ingratiate himself to Linda. The enticing, almost hypnotic simplicity of the melody keeps “I Could Write a Book”on the edge between sincerity and deception.

Later in the first act of Pal Joey, Vera describes her weakness for Joey in “Bewitched, Bothered, and Bewildered.” In Rodgers’ melody, listen to the way the half step interval is repeated with almost obsessive persistence. We hear it five times (each time on the word “again”), and then the sixth time (on the word “bewitched”) the melody finally seems to break free.

Vivienne Segal introduced the song in the original Broadway production. Here is her 1950 recording:

“I Didn’t Know What Time It Was”

This dreamy melody came in the second act of the 1939 musical comedy, Too Many Girls. Listen closely to all of the harmonic surprises this song has in store. It begins where we least expect, as if floating in midair. Minor drifts into major, and then back. We never know exactly what is around the next corner. All of this sophistication has inspired jazz versions like this one by Charlie Parker.

In “Thou Swell,” 1920s slang meets old English. The up-tempo duet was written for the 1927 musical, A Connecticut Yankee, based on Mark Twain’s novel, A Connecticut Yankee in King Arthur’s Court. This melody introduces a short, searching motif centering around a descending major second and then restates it, climbing exuberantly in register. To hear it in all of its swinging, 1920s glory, listen to this 1927 Franklyn Baur recording.

In his book, American Popular Song: The Great Innovators 1900–1950, Alec Wilder calls this “a perfect song.” “Isn’t It Romantic?” was introduced by Maurice Chevalier and Jeanette MacDonald in the 1932 Paramount film, Love Me Tonight. In one scene of the film, it becomes an “infectious” melody, passed from one character to another. The entire melody develops out of an opening five-note motif that seems to be searching for a way forward. Listen to the neat way the melody concludes by landing on these same five notes. Also, listen for the “wrong” note at the end of the bridge which provides the perfect half step pick up to lead into a restatement of the A section.

“Blue Moon” (originally “The Bad in Every Man”)

In 1930 as the Great Depression deepened, Rodgers and Hart relocated to Hollywood. While investment in the film industry was growing by leaps and bounds and the songs placed in films instantly attracted a wider audience than on Broadway, the team was unhappy working in Hollywood. In his biography of Richard Rodgers, William G. Hyland explains,

The major studios were interested in having hit songs in their productions, but the musical knowledge of the producers and many of the directors was limited. The studios therefore put together rudimentary staffs of resident songwriters, musical arrangers, and conductors. The cumbersome system did not necessarily stimulate creativity, but eventually it produced a body of good music. Nevertheless, even the established composers lost control over whether and how their songs would be used. The final film might contain only snatches of a song.

The famous hit, Blue Moon, grew out of this process. In 1934, Rodgers and Hart found themselves churning out mediocre songs for a “screwball comedy to end all screwball comedies” called Hollywood Party. (The film starred Laurel and Hardy, The Three Stooges, Jimmy Durante, Lupe Vélez and Mickey Mouse). One gem emerged from the score—a song written for Jean Harlow called “Prayer” (“Oh Lord, make me a movie star”) which was set to the melody we now know as Blue Moon. After “Prayer” was cut from the film, Hart wrote new lyrics and the song, now known as “It’s Just That Kind of Play,” was retooled for the 1934 gangster film, Manhattan Melodrama. In this form, the song was also cut. Then, the studio asked for a nightclub number. Hart wrote a third lyric and the result was “The Bad in Every Man”:

Following the film’s release, the brief melody drew the ear of Jack Robbins, the head of the studio’s publishing company. He persuaded a now reluctant Lorenz Hart to write yet another set of lyrics which would ensure the song’s wider commercial success. Blue Moon, heard here in its final form, may be the first song to use the I–vi–IV–V chord progression which became popular in the 1950s.

The effortless inevitability of Rodgers’ melodies is on full display in “My Heart Stood Still.” The song was originally written for the 1927 Charles Cochran revue One Dam Thing after Another. It found new life the same year in A Connecticut Yankee. Here is Jeanette MacDonald’s 1938 recording.