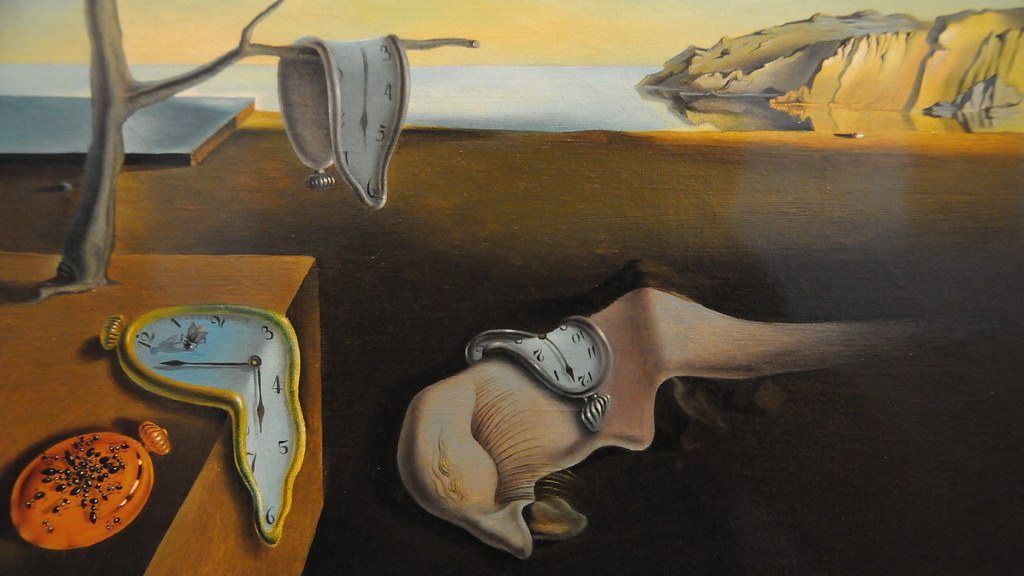 On Monday, we listened to Handel’s beautiful and haunting aria, Tu del Ciel ministro eletto (“You, elected minister of Heaven”), music in which an unrelenting, hypnotic rhythmic heartbeat evokes the continuous flow of time, melting into the vast ocean of eternity. It occurred to me later that the twentieth century counterpart to this piece might be Saturn, the Bringer of Old Age from Gustav Holst’s astrological orchestral suite, The Planets, Op.32. In Holst’s Saturn, the eternal flow of time is recorded by the ticking of an equally hypnotic and infinite musical “clock.”

In past posts, we have explored the ability of music to alter our perception of speed and time. Contemporary pieces by composers such as Arvo Pärt and Steve Reich often give us the sense of music that is simultaneously speeding up and slowing down. A piece like Reich’s Four Organs from 1973 literally fills up musical time. Unmoored from our normal perception of organized time, we drift through an endless matrix.

Another musical time bender is de Snelheid (“Velocity”), written in 1983 by the Dutch composer, Louis Andriessen (b. 1939). It begins with the same unrelenting pulse we hear in Handel’s aria, although slightly faster. But here, the pulse, ticking away in the woodblock, gradually becomes faster and faster, “like an uncontrollable clock.” At the same time, the flow of the piece steadily slows down. This brief video demonstrates the metric modulations underway throughout the piece. At moments, this might remind you of similar rhythmic shifts in Arthur Honegger’s orchestral train ride, Pacific 231. It’s also worth noting that a few years later, John Adams built his colorful orchestral fanfare, Short Ride in a Fast Machine, around an unchanging woodblock pulse.

Louis Andriessen’s inspiration for the piece came from a car ride in Italy during which a segment of Prokofiev’s Romeo and Juliet ballet score came on the radio. The composer explains,

It was some very fast, ecstatic music and some guy asked: ‘How fast do we have to go to drive as fast as the music?’ It made me think about the question of speed in music. And I realized that speed has nothing to do with the pulse, as disc jockeys think, but is all to do with the harmonic rhythm.

Jazz and Stravinsky seem to meet in this jubilant and wild musical joyride: