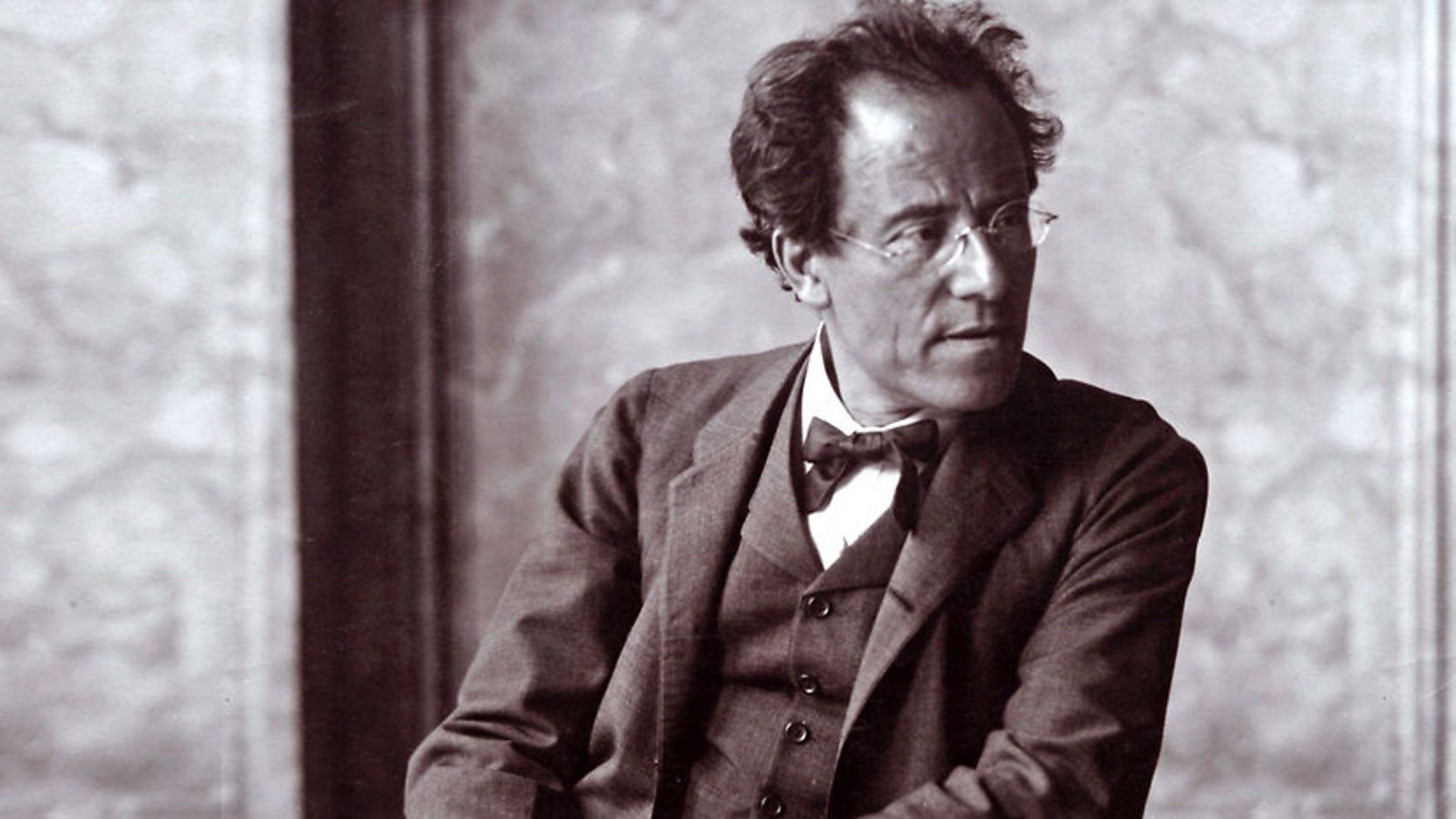 My Sixth will be asking riddles that can be solved only by a generation that has received and digested my first five.

In fact, Mahler’s Symphony No. 6 in A minor remains an unsettling enigma. Completed in 1905 at one of the happiest times in the composer’s life (he had married Alma Schindler in 1902 and they already had two young daughters), the Sixth Symphony is Mahler’s most dark and terrifying work. The conductor Wilhelm Furtwängler called it “the first nihilist work in the history of music.” Its final bars offer none of the triumph or celestial transcendence we hear the other symphonies. We are not even left with the Ninth Symphony’s serene acceptance. Instead, as Mahler described it, by Alma’s account, “the hero…is assaulted by three hammer-blows of fate, the last of which fells him as a tree is felled.” Bruno Walter, the conductor and friend of Mahler, avoided conducting the Sixth, noting that it “ends in hopelessness and the dark night of the soul.” In his memoir, Walter claims that Mahler gave the Sixth its frequent subtitle, “Tragic,” although the word does not appear on any of the scores published durning the composer’s lifetime.

The final movement contains two literal hammer blows, an addition to the percussion section that Mahler specifies as a “short, powerful, heavy-sounding blow of non-metallic quality, like the stroke of an ax.” According to the music critic Paul Bekker, this signifies “an interference by something outside this world, something of a supernatural, crushing effect that mankind can no longer fight against.” Mahler eliminated a third hammer blow at this moment near the movement’s end, although a few conductors, including Leonard Bernstein, have restored it. The Symphony’s distinctive sound world is augmented in other ways, including cowbells (offstage in the first and fourth moments and onstage in the Andante), deep, untuned bells (offstage in the final moment), glockenspiel, xylophone, and celesta. At the same time, this is Mahler’s most overtly “classical” symphony. It is set in four movements, with the first movement unfolding in a standard sonata form.

Following Mahler’s death in 1911, Alma attempted to play up autobiographical associations with the Symphony and with the song cycle, Kindertotenlieder (Songs on the Death of Children), written around the same time. She cast Mahler as a prophet, foretelling the tragic death of his young daughter in 1907 from Scarlet Fever, the diagnosis of his fatal heart condition, and his bitter ouster as director of the Vienna State Opera. I urge you to put all of these extramusical associations out of your mind as you listen. Instead, just listen repeatedly and intently. Mahler left no program for the Sixth Symphony, rejecting the concept as early as 1900, in contrast to his contemporary, Richard Strauss. The Sixth Symphony is filled with terrifying voices, dense, anguished counterpoint, as well as celestial beauty. It’s a purely musical drama which transcends literal meaning.

The first movement (Allegro energico, ma non troppo. Heftig, aber markig) opens as a gruff and ferocious march. Barely two minutes in comes a bold interruption in the form of an ominous rhythmic tattoo in the timpani and a seemingly triumphant major triad which shifts into minor with the sudden drop of the third. This motif haunts the Sixth Symphony, returning with terrifying persistence throughout the first and final movements. In this first utterance, it melts away quickly into an unassuming woodwind chorale reminiscent of Schubert or Bruckner, albeit with underlying dissonant jabs. This opens the door to the luxuriously overflowing euphoria of the second theme. With this theme, we are suddenly whisked into a completely different world. But listen to the way all of this joy dissolves just as suddenly. These mercurial changes are central to the vast, all-encompassing drama of Mahler’s music. Humor and sadness, the sounds of a street organ grinder, nature, a military band—they’re all wrapped up together. And then, in the middle of the first movement’s development section amid distant clanging cowbells, we enter a strange, ethereal new dreamscape.

Throughout the Sixth Symphony, we hear echos of the yet-to-be-written music of Shostakovich. To my ears, there are also strange, fleeting allusions to passages from Bruckner’s symphonies. For example, the ghost of the final movement of Bruckner’s Seventh Symphony seems to emerge here, just before the first movement ends in a whirlwind of triumph and youthful joy.

One of the Sixth Symphony’s most controversial enigmas is the ordering of the movements. In the first published edition from 1906, the Scherzo is placed second with the Andante becoming the third movement. Later, Mahler reversed the two inner movements. The Austrian musicologist Erwin Ratz suggested that Mahler eventually wanted the original order restored. In the recording I have provided above, featuring Eliahu Inbal and the Frankfurt Radio Symphony Orchestra, the Scherzo follows the first movement.

Remaining in A minor, the Scherzo’s uneven opening bars form a grotesque parody of the first movement’s march rhythm. The trio section alternates between the irregular meters of 4/8, 3/8, and 3/4. At moments, this music may remind you of the dry, biting neoclassicism of Stravinsky. At the same time, it is filled with charm, quirky humor, and intimate conversations between instrumental voices. This boisterous timpani moment brings us back to the final bars of the opening movement of the First Symphony. Yet here, it seems to take on the detached hallucinatory quality of a dream or distant recollection.

The third movement (Andante moderato), is filled with lament and nostalgia. Listen carefully to the way the movement’s opening melody develops over a gentle, rocking rhythm. It is simultaneously comfortable and perilously unpredictable. As the melody searches for a way forward, notice the way the tonal center dissolves briefly before we find our way “home” again. Reaching a climax in the distant key of E major, the Andante searches for the serene transfiguration of the Fourth Symphony’s conclusion.

The opening bars of the final movement sweep in like a ghostly wind. The fateful motif from the first movement rises in front of us once again as if to say, tauntingly, “You can’t get rid of me!” The solitary voice of the tuba is accompanied by shuddering low strings as the music descends into gloom. Paul Bekker observed that in the Sixth Symphony “All the essentials of the symphonic action are entrusted to the finale more decisively than ever.” Indeed, as this expansive and disturbing drama unfolds, we get the sense that everything that came before was designed to get us here. Yet we now find ourselves in an alien land. Amid the struggle of all of this dense, late-Mahler counterpoint, there is little sense of motion towards a goal. Instead, a series of ghosts emerge and dissipate. The final funereal moments fade into the darkness of a solemn but disjoined brass chorale. The Sixth Symphony ends in a terrifying flash.