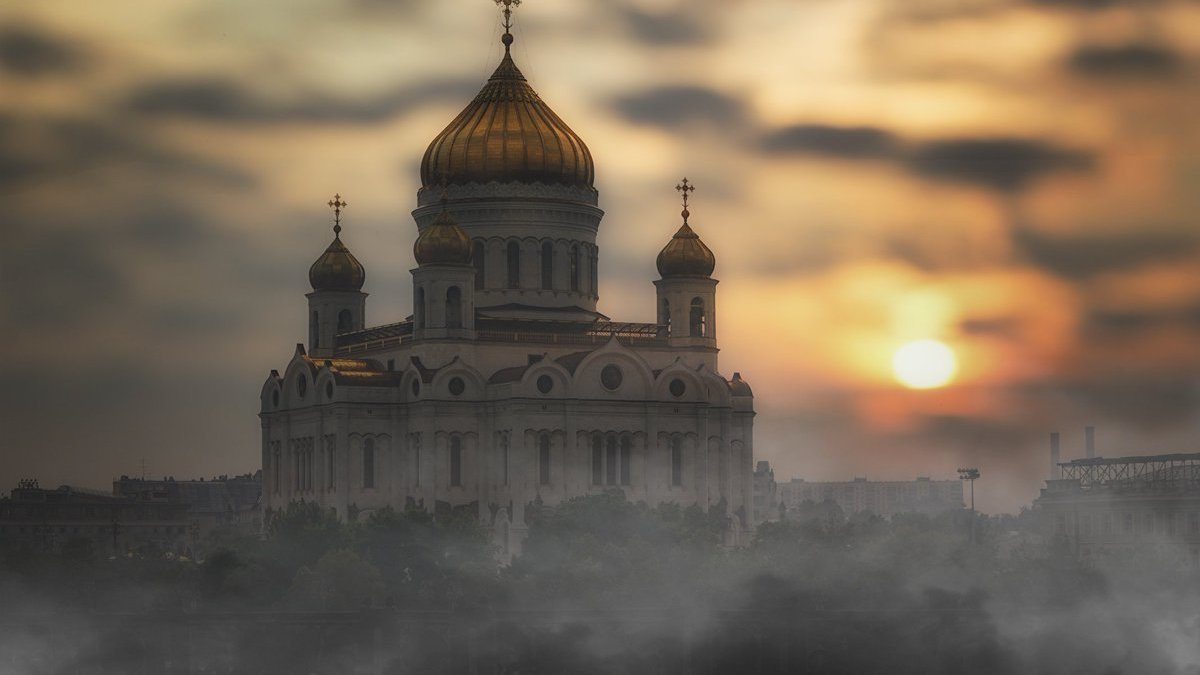 Spaséñiye, sodélal (“Salvation is Created”), by the Russian composer Pavel Tschesnokoff (1877-1944), is a Communion Hymn intended for the Russian Orthodox liturgy for Friday. Its text (“Salvation is created, in midst of the earth, O God, O our God. Alleluia”) is based on Psalm 74. It is a setting of a Kievan chant melody.

Written in 1912, it is one of the last sacred works composed by Pavel Tschesnokoff. Following the Russian Revolution, the Soviet Union’s Cultural Bureau forced Tschesnokoff to limit his composition to secular music. Tschesnokoff was the last choirmaster of Moscow’s Cathedral of Christ the Saviour (the site of the 1882 premiere of Tchaikovsky’s 1812 Overture) before it was demolished by Joseph Stalin. (The rebuilt Cathedral is pictured, above).

This performance, released last week by the British a cappella octet, VOCES8, was recorded at the Cathedral Basilica in Saint Louis, Missouri: