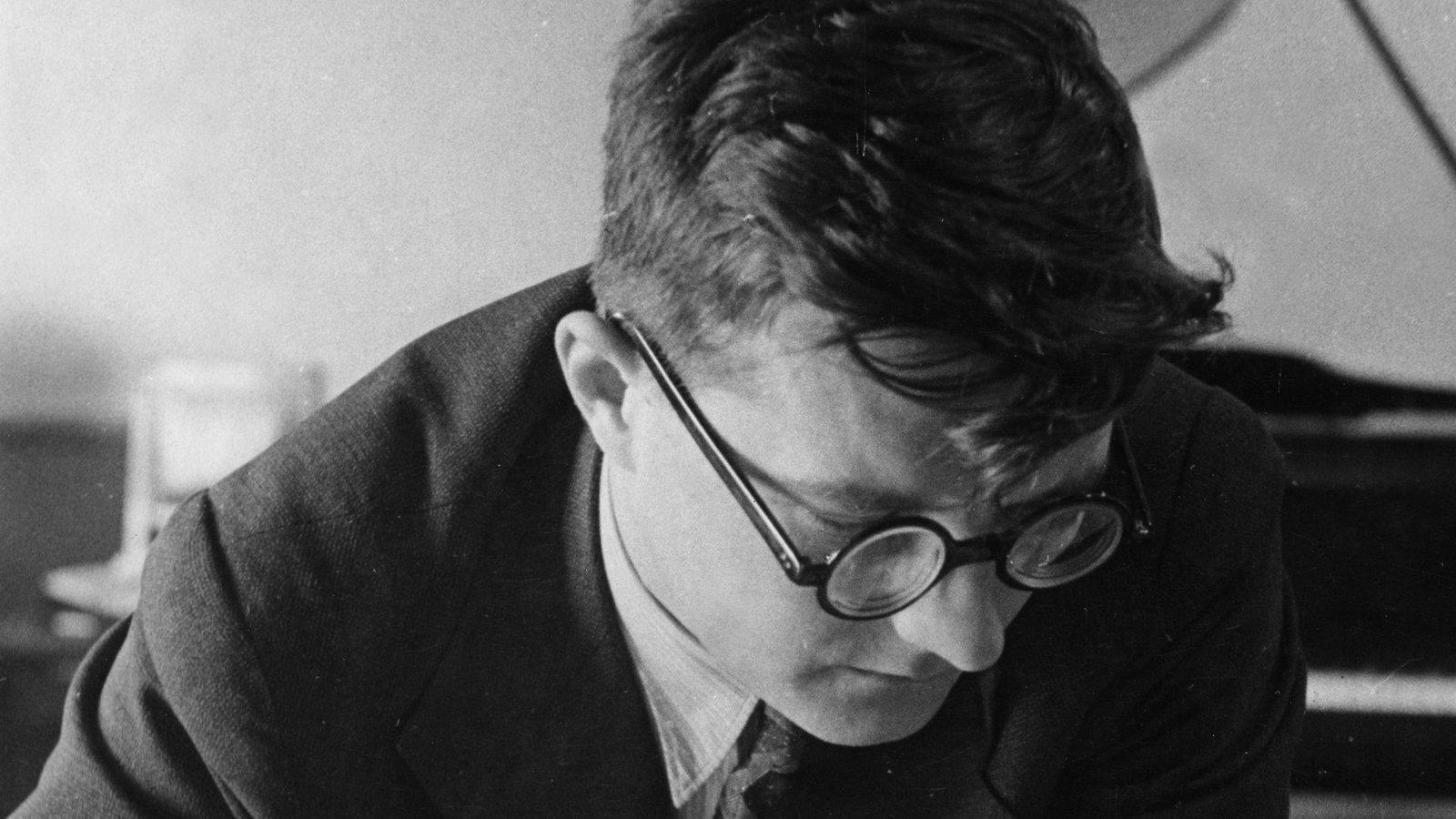 Dmitri Shostakovich’s Symphony No. 8 in C minor is filled with distant, lamenting voices.

It was written with remarkable speed during the summer of 1943 when Shostakovich was staying at an isolated retreat maintained by the Soviet Composer’s Union. The composer’s distance from the horrors of the Eastern Front and the siege of Leningrad could not block out the sense of alienation, gloomy futility, exhaustion, sardonic humor, and raw terror that pervades this music. Its haunting and defiant voices emerged against a backdrop of terror—Nazi brutality combined with the horrors of Stalin’s government, with its unrelenting attacks on the individual, censorship, and mind controlling propaganda. These voices continue to speak to us with enduring power today.

The Eighth Symphony moves from the storm clouds of C minor to C major, the same harmonic journey we take in Beethoven’s Fifth Symphony. Yet, the final bars of Shostakovich’s Symphony fail to provide the unabashed celebration we experience in Beethoven and similar “tragedy to triumph” symphonies. This left audiences confused and led to attacks and censorship from the Soviet authorities. Shostakovich attempted to justify the work as an expression of “the grim tragedy of war.” Those who listen to the entire Symphony may detect a sarcastic undertone to another one of the composer’s descriptions: “The philosophical conception of my new work can be summed up in these words: life is beautiful. All that is dark and evil rots away, and beauty triumphs.” A passage from Testimony, the disputed memoirs published after Shostakovich’s death, goes into greater detail:

And then the war came and the sorrow became a common one. We could talk about it, we could cry openly, cry for our lost ones. People stopped fearing tears. Before the war there probably wasn’t a single family who hadn’t lost someone, a father, a brother, or if not a relative, then a close friend. Everyone had someone to cry over, but you had to cry silently, under the blanket, so no one would see. Everyone feared everyone else, and the sorrow oppressed and suffocated us. It suffocated me too. I had to write about it. I had to write a Requiem for all those who died, who had suffered. I had to describe the horrible extermination machine and express protest against it. The Seventh and Eighth Symphonies are my Requiems.

In terms of structure, Shostakovich’s Eighth Symphony picks up where Mahler left off. As with Mahler’s unfinished Tenth Symphony, the Eighth begins with an Adagio. This opening movement, which flows into the faster tempo of an Allegro non troppo, is the longest movement in the Symphony. In many ways, it is the work’s dramatic heart.

The first bars recall the opening of Shostakovich’s Fifth Symphony, with ferocious dotted rhythms and a dialogue between the low and high strings. Following this brief introduction, the first theme arrives as a ghostly whisper in the violins. The melody begins with an echo of the famous “invasion theme” from Shostakovich’s Seventh Symphony. It unfolds with quiet, searching anxiety and pulls us into a seemingly endless sonic expanse. The second theme (5:30) shifts into the uneven time signature of 5/4, with a single melodic line drifting above a persistent rhythmic ostinato in the low strings. Beginning with a fugue (10:50), the development section is a gradual crescendo of continuously rising emotional intensity. Terrifying shrieks rise in the woodwinds. The sounds of battle can be heard in the snare drum and a fanfare in the trumpets (13:00). It’s a fanfare that would normally sound triumphant, yet in this context it rises out of chaos and conflict. If anything, this is the grinding, forced “triumph” of the last movement of the Fifth Symphony. There is the sense of violent frustration that comes with the inability to express some inexpressible truth. The music ends up raging against the boundaries of an iron wall. The titanic climax falls back into the quiet rumble of the strings’ tremolo, over which the lamenting pastoral voice of the English horn emerges for an extended statement.

Following Mahler’s example, the remaining movements turn traditional symphonic structure on its head. The second and third movements are march-scherzos. The first, an Allegretto in D-flat major, is filled with grotesque comedy in the woodwinds. The second (Allegro non troppo) is a biting toccata. The high clarinet screams amid ferocious growls and grunts in the low strings. A hellish monotony takes hold as the movement progresses, accentuated by a sardonic circus march.

The fourth movement (Largo) begins without interruption (40:01). It’s a quietly terrifying passacaglia, perhaps a funeral march. With each repetition of the bass line, we feel increasingly confined in this chilling and melancholy world. The solo horn, flute, and clarinet emerge as distinct, lamenting voices. At moments, we hear the icy jabs of the flute’s flutter tonguing.

A sudden harmonic turn from G-sharp minor to C major brings us to the final movement, marked Allegretto (49:09), and a statement in the solo bassoon. There is no hint of the glorious transfiguration of Beethoven’s Fifth. Instead, Shostakovich described this final movement as “a bright sunlit pastorale, with elements of dance and simple tunes in the popular vein.” Often, this final movement feels like chamber music, with instrumental voices emerging in small groups. As the movement draws to a close, a final hellish climax fades into an ambivalent conversation between the bass clarinet, solo violin, and other voices. A bright C major triad sneaks into the final moments, bringing angelic light. Quiet hopefulness remains hidden, as if under a blanket.